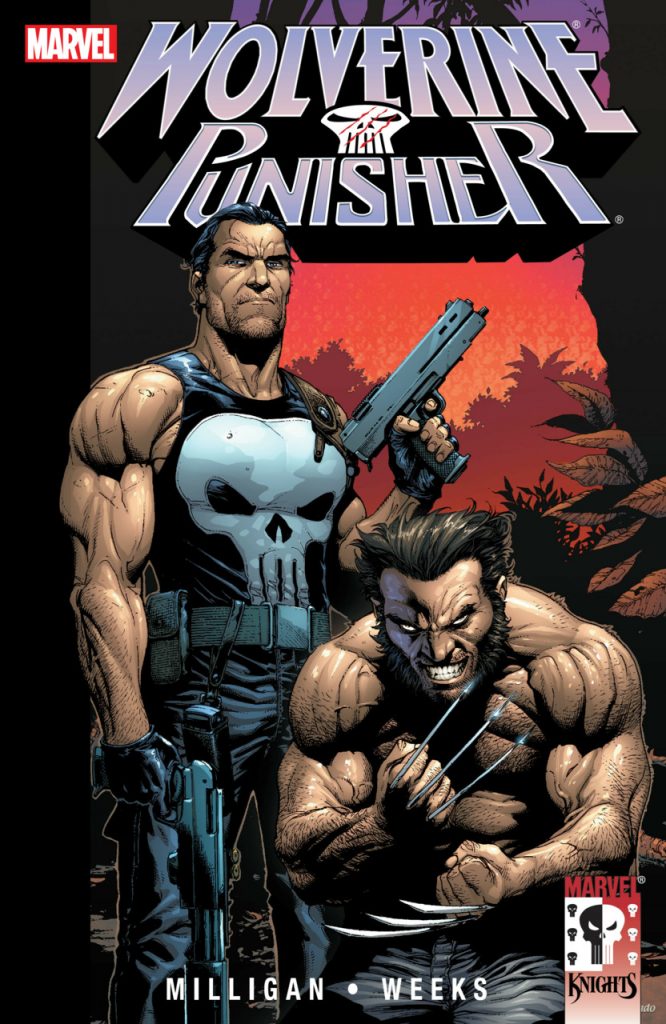 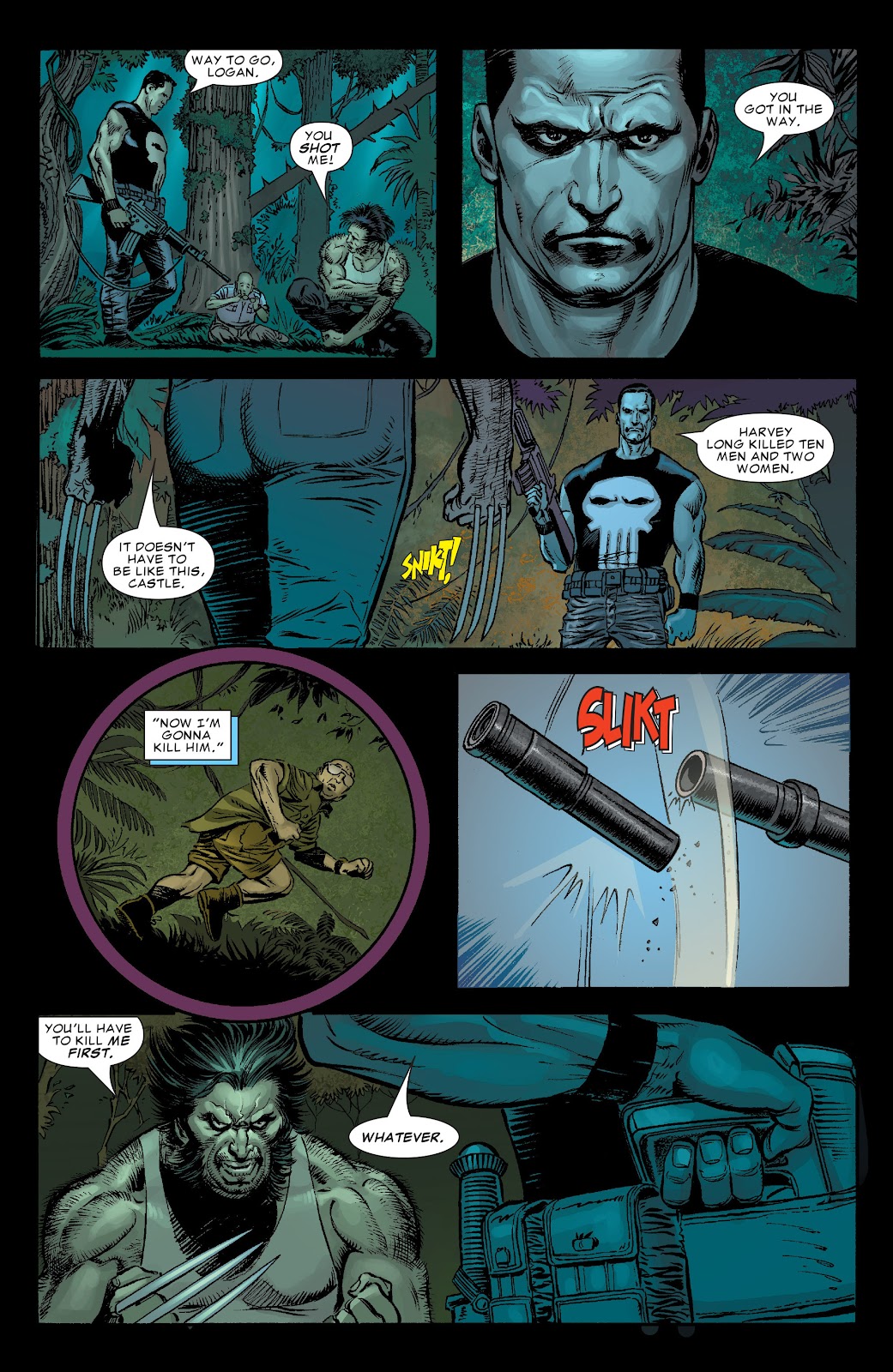 Well, you’ve got to credit Peter Milligan for not taking the obvious route when teaming Wolverine with the Punisher. The opening chapter (of five) features no Wolverine at all, and not that much Punisher either in focussing on deliberately ridiculous bank job mastermind Napoleon. He narrates his own downfall over the first chapter, dressed for the part in 19th century French military uniform: “It took me fifteen years to build up this organization”, he wails as the Punisher shoots his way through it, “The most sophisticated bank heist operation that ever was”. Yet by midway through the first chapter it is no more. Napoleon is offered a way out, though, as it turns out there’s an elite and remote community where the very rich on the run from the law can go to ground.

Milligan uses the hideout premise as means of connecting several short flashback interludes starring the Punisher, amusing and violent, and to construct a special madness afflicting an isolated and insulated community finding its own social structure.

There’s absolutely no intention on Milligan’s part of taking any character or set-up seriously. “Just because we’re murderers, arsonists, extortionists, and thieves they think they’re better than us”, raves one criminal, “but we’ll prove them wrong. We’ll kill the Punisher like decent, civilized people”. Lee Weeks takes the opposite view, laying out the pages as if he’s delivering a real action thriller. He’s a very good artist, so utterly convincing, although even he can’t make a bunch of Nazi refugees in lederhosen look anything other than ridiculous.

Only one ending is ever going to be possible, and suspense is built up by readers wanting to see how the inevitability occurs. When it arrives it’s unfortunately lacking in apocalyptic content, but along the way there’s been laughs and imaginatively brutal action, so this is still recommendable as flawed fun.