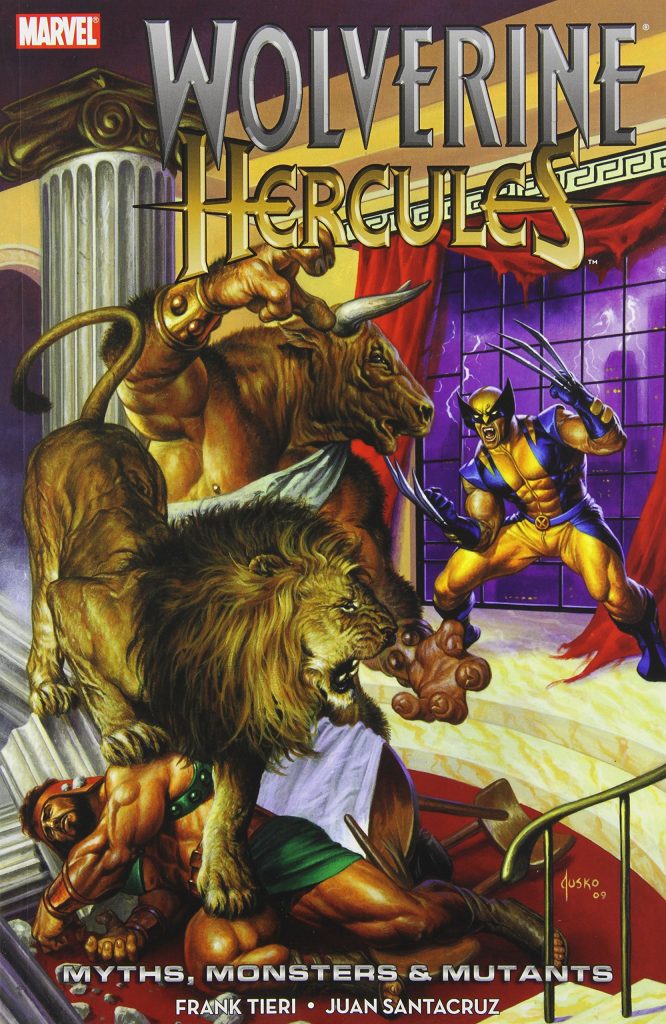 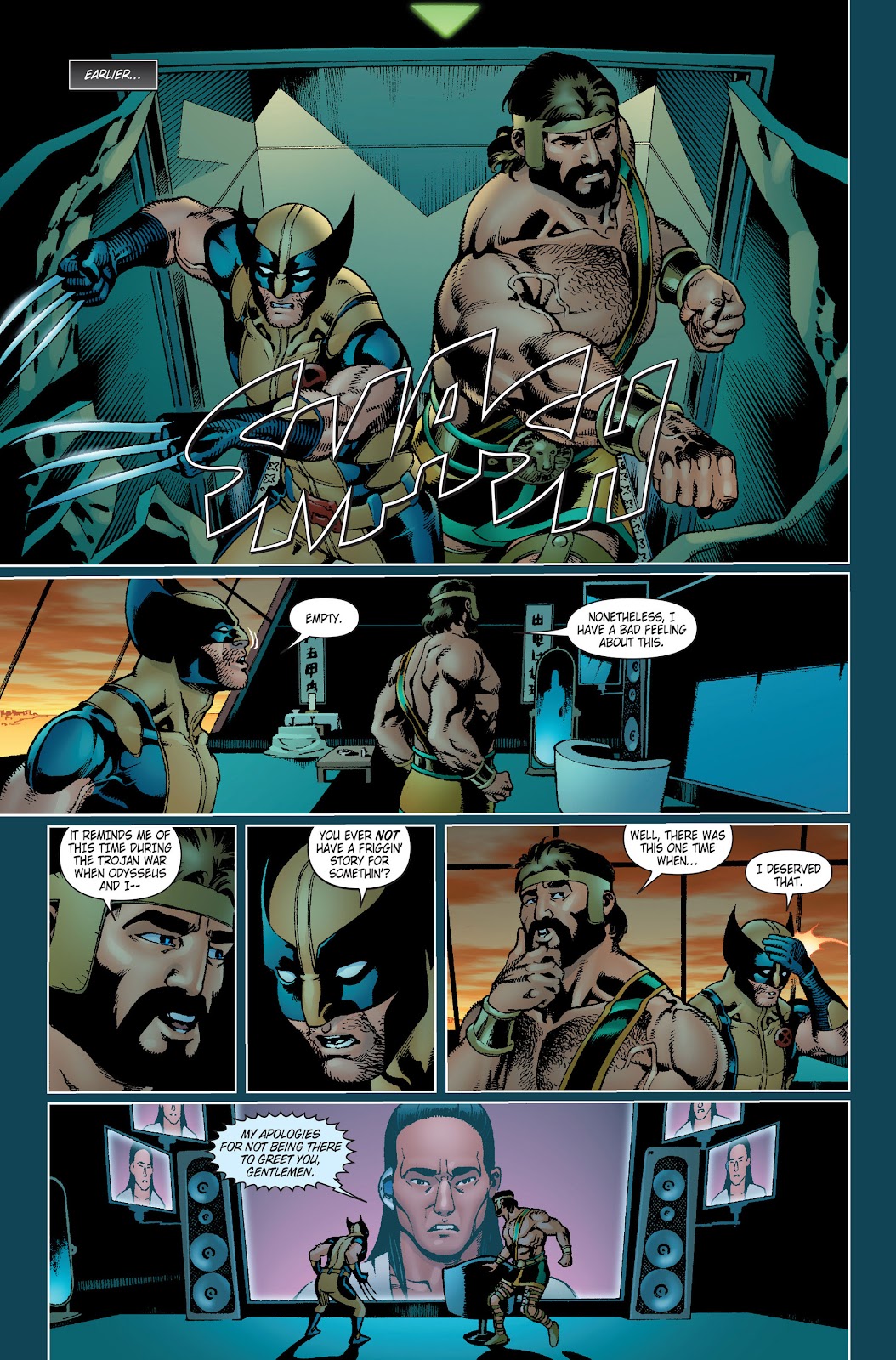 Scripted by Frank Tieri and deliciously depicted by Juan Santacruz, Myths Monsters & Mutants begins when Hercules, lest we forget, the Lion of Olympus, reveals how he avoided Zeus’ prohibition not to become involved in World War II by impersonating the Sub-Mariner in 1940’s Paris. The tale is being told to fellow booze-hound Wolverine, who tops it by revealing that he was there too – albeit on a much darker mission.

Since their first official meeting (reprinted at the back of this book), the pair have become occasional drinking buddies: just two feisty fighting guys who love girls and cannot die. The mood switches as Wolverine realises he will one day bury all his friends, and he remembers an appointment.

Years previously Ninja Master Matsuo Tsurayaba murdered Logan’s true love Mariko, and ever since on the anniversary Wolverine has hunted him down and lopped off another piece of the Assassin-lord’s body. Now the time has come again and the weary mutant has decided to finish the punishment once and for all.

With the always ready for some smiting Hercules in tow, Wolverine sets off on his-self-appointed mission, ploughing through hapless ninja hordes like chaff, but this year the rules have been surreptitiously changed on the bereft berserker. Tsurayaba, now more machine than man, has been visited by supernatural entities offering the bargain of a lifetime.

Achelous is the bull headed Grecian god of rivers and his master the immortal – if bodiless – Eurytheus, beheaded by Hercules in pre-history but hungrier than ever for revenge. The perfidious pair are seeking an ally to unearth all their Weapons of Mythical Destruction as they prepare to unleash all the pent-up horrors of Hellenic hell on the Prince of Power. They aren’t too mean to share if it means the destruction of Wolverine and all the other superheroes who have replaced the gods and usurped the rightful worship of mortals.

Jam-packed with mighty monster mashing, sinister schemes and barbed one-liners, all while hilariously and continuously riffing off The Clash of the Titans movie, this tongue-in cheek action-romp still finds space to be chillingly dramatic, poignantly moving and even deliver a shocking twist or two. Moreover the entire epic carefully avoids the need for any detailed foreknowledge on the part of new readers. Furious, frantic fun for one and all with the day saved, virtue triumphant and the wicked punished in the worst possible ways. Who could ask for more?

As previously mentioned, the collection also includes the rarely seen and wonderfully light-hearted first furious clash between the off-duty, grouchy mutant Logan and the fun-loving, girl-chasing godling from 1980. ‘At the Sign of the Lion’ is by Mary Jo Duffy, Ken Landgraf and a young George Pérez, and shows exactly why most pubs and bars reserve the right to refuse admission.

As the pithy vignette is a thematic prelude to the main event here, even though it’s tucked incongruously away at the back, nobody will mind if you read it first. 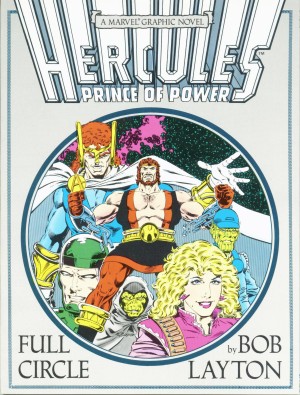