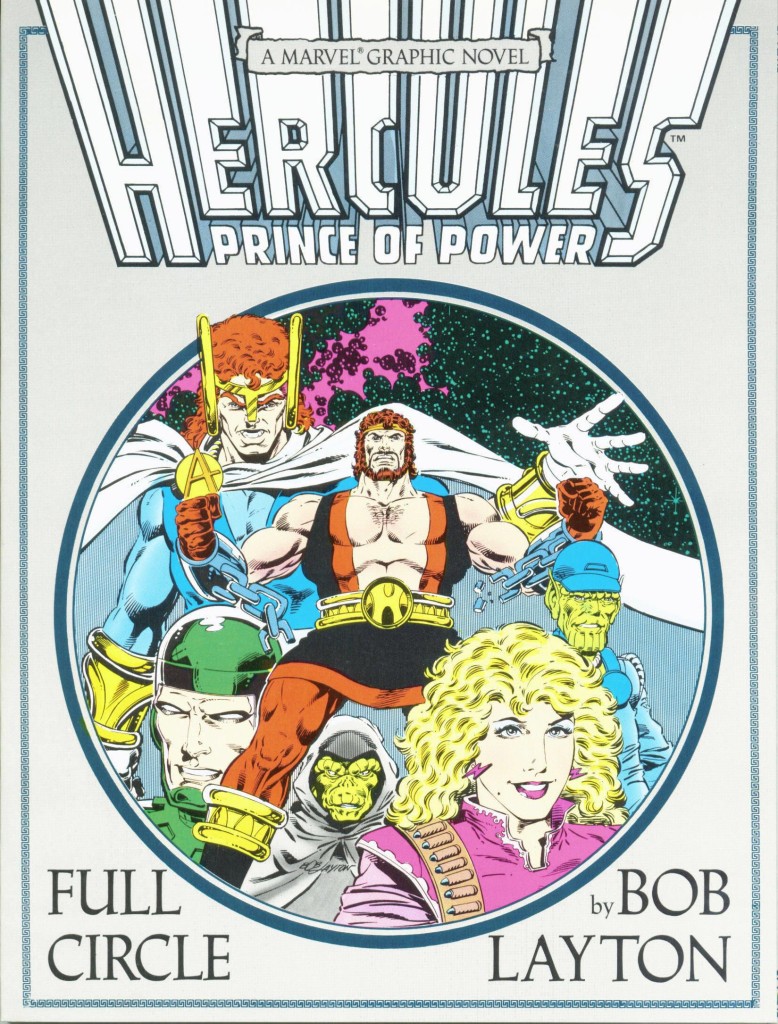 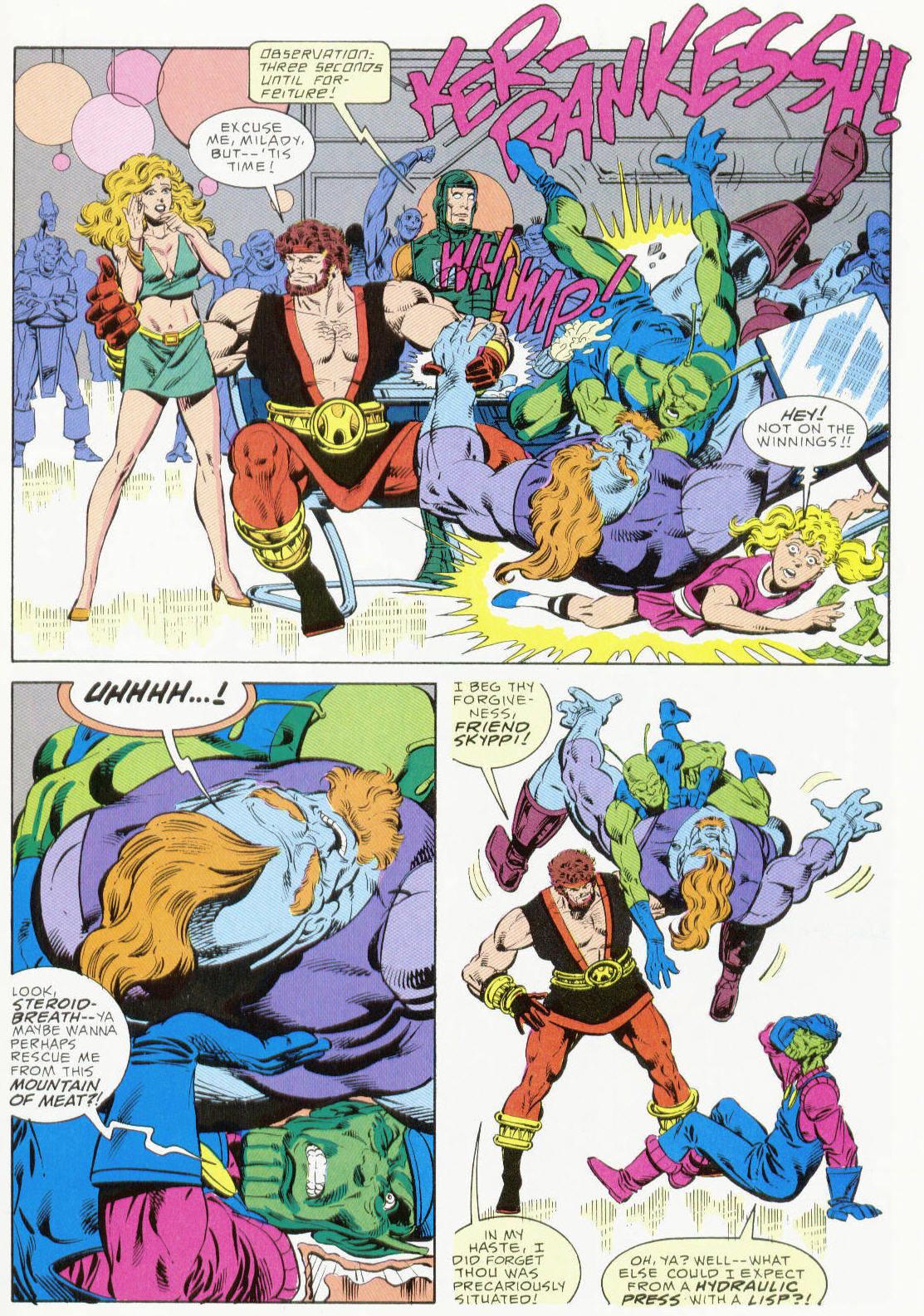 Bob Layton’s comedy version of Hercules was very well received in the 1980s, and by the time Full Circle was published he’d acquired a supporting cast in Hercules: Prince of Power. This consisted of a robotic Recorder, tasked with maintaining the adventures of Hercules for future generations, very smart, yet not entirely understanding human interaction (think Sheldon Cooper), and a very old, irascible and eccentric Skrull. Like all of his race, Skyppi is able to transform into a likeness of any other living being.

Full Circle opens with several pages compressing the essential elements of Prince of Power in novel fashion, the upshot being Hercules is now tasked with creating a new race of gods. It seems he made an earlier start on that than he realised, and returning to a planet visited thirty years previously proves complicated.

Layton makes good use of his previous characters, but an excess of dialogue masks a paucity of plot, and he’s not taken as much trouble with the art as in the earlier stories. The layouts lack imagination and the design for the main villain of the piece is very much rooted in the 1980s, with a permed red mullet a hideous accessory. For all that, it was an influential design, and not many years later almost every character introduced by Rob Liefeld was a variation of Arimathes.

This completed Layton’s run on Hercules, which began well, but was one of diminishing returns. His version of the character, though, would feed into the work of Greg Pak and Fred Van Lente when they inherited Hercules twenty years later.