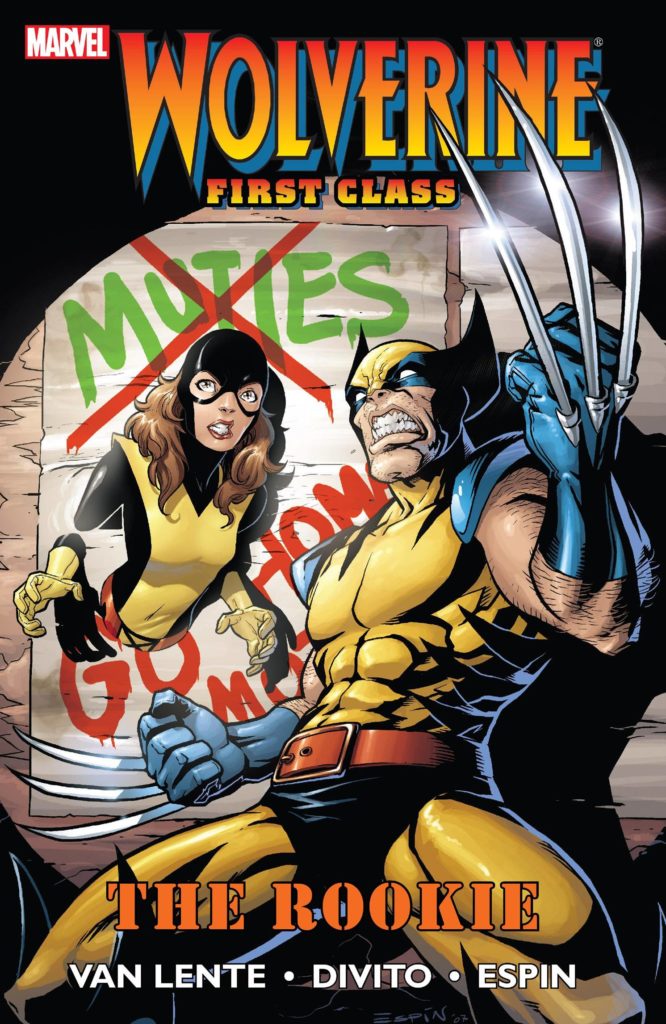 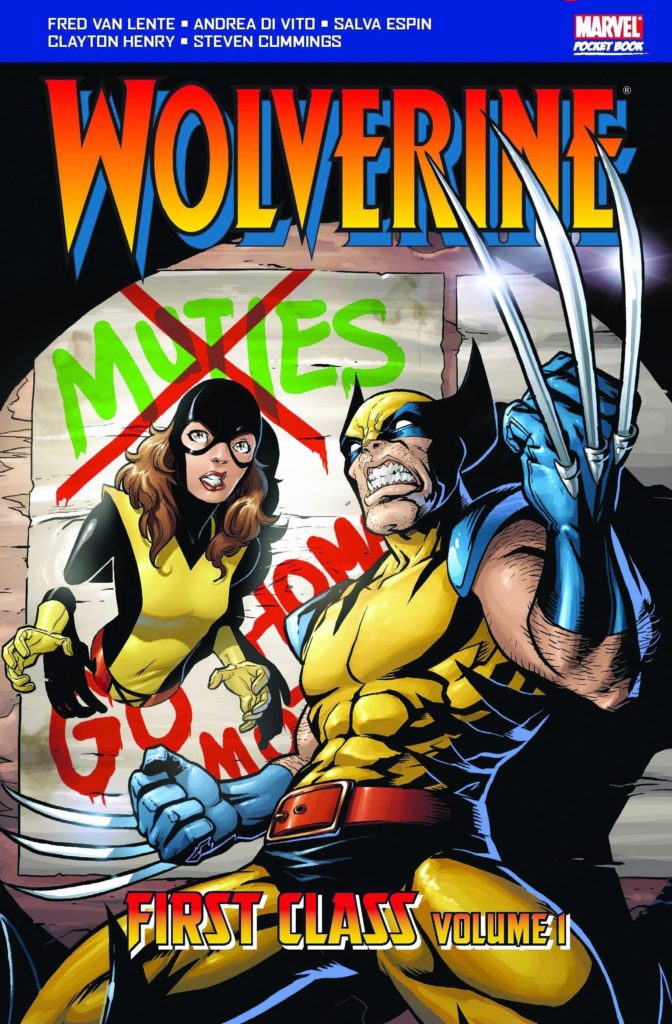 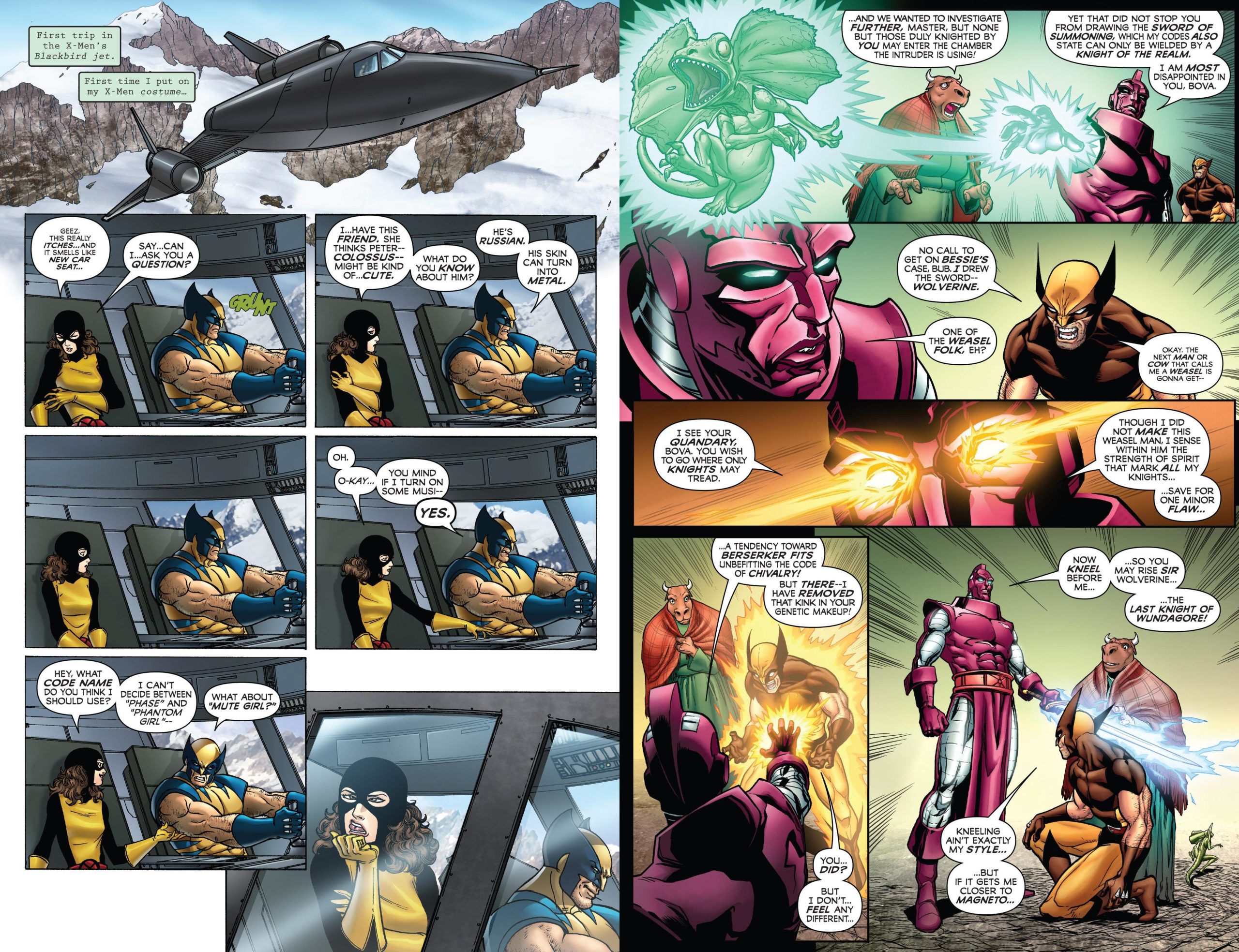 Wolverine: First Class is a series returning to the late 1970s era of the X-Men, just after the young teenage Kitty Pryde joins the team, and when Wolverine himself hasn’t been around the X-Men for very long. Despite this being sold as a Wolverine series with his name on the cover, albeit aimed at a younger than usual audience, Kitty has an equally prominent role, as we’re shown their developing relationship. It’s not entirely convincing. As seen from the first sample page, Fred Van Lente starts off well enough, but he moves too soon to Wolverine’s big ol’ softy persona, then back again to Wolverine the grouch. As seen by the second sample page, Wolverine’s internal personality conflicts are integral, but remain unconvincing.

This is a three story package accompanied by Wolverine’s first appearance to pad out the book past four chapters. Put the shifts in Wolverine’s character to one side and Van Lente’s plots for the opening two stories have moments of charm and panache, Kitty proving more curious and capable than expected. She saves the day when the pair go searching for a mutant that’s popped up on Professor X’s radar, and she’s the one who arranges a surprise birthday party for Wolverine, not knowing Sabretooth is likely to attack. Both are drawn by Andrea Di Vito in his clear and attractive style, although the characters are a little stiff while he works his way into them.

Salva Espin’s pages are more fluid on the two chapter meeting with the High Evolutionary and his advanced intelligent animals, which may have greater appeal to anyone who likes fairy tales intruding into their superhero stories. There is precedent for this in the era Van Lente is dipping back to, and Wolverine’s presence ensures things don’t become too twee, but it’s all too convenient that the High Evolutionary can fundamentally change Wolverine’s character with a wave of his hand.

Wolverine’s first appearance fighting the Hulk and Wendigo becomes ever more primitive with every passing year. Herb Trimpe’s art is basic, as if he’s copying posed models, and what was once the tragedy of Len Wein’s story, the truth about Wendigo, is now just melodramatic. The series continues with To Russia, With Love. Perhaps Wendigo will put in another appearance. 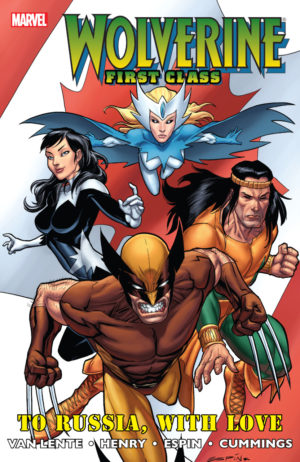 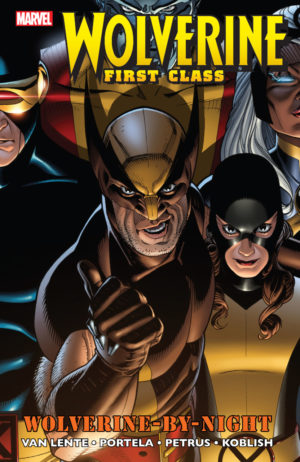 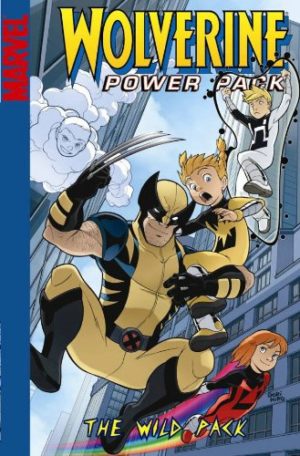 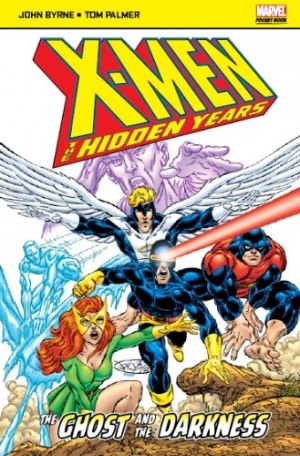