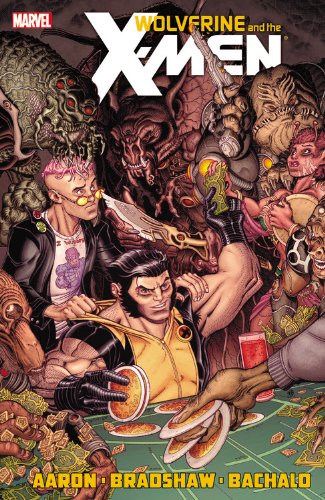 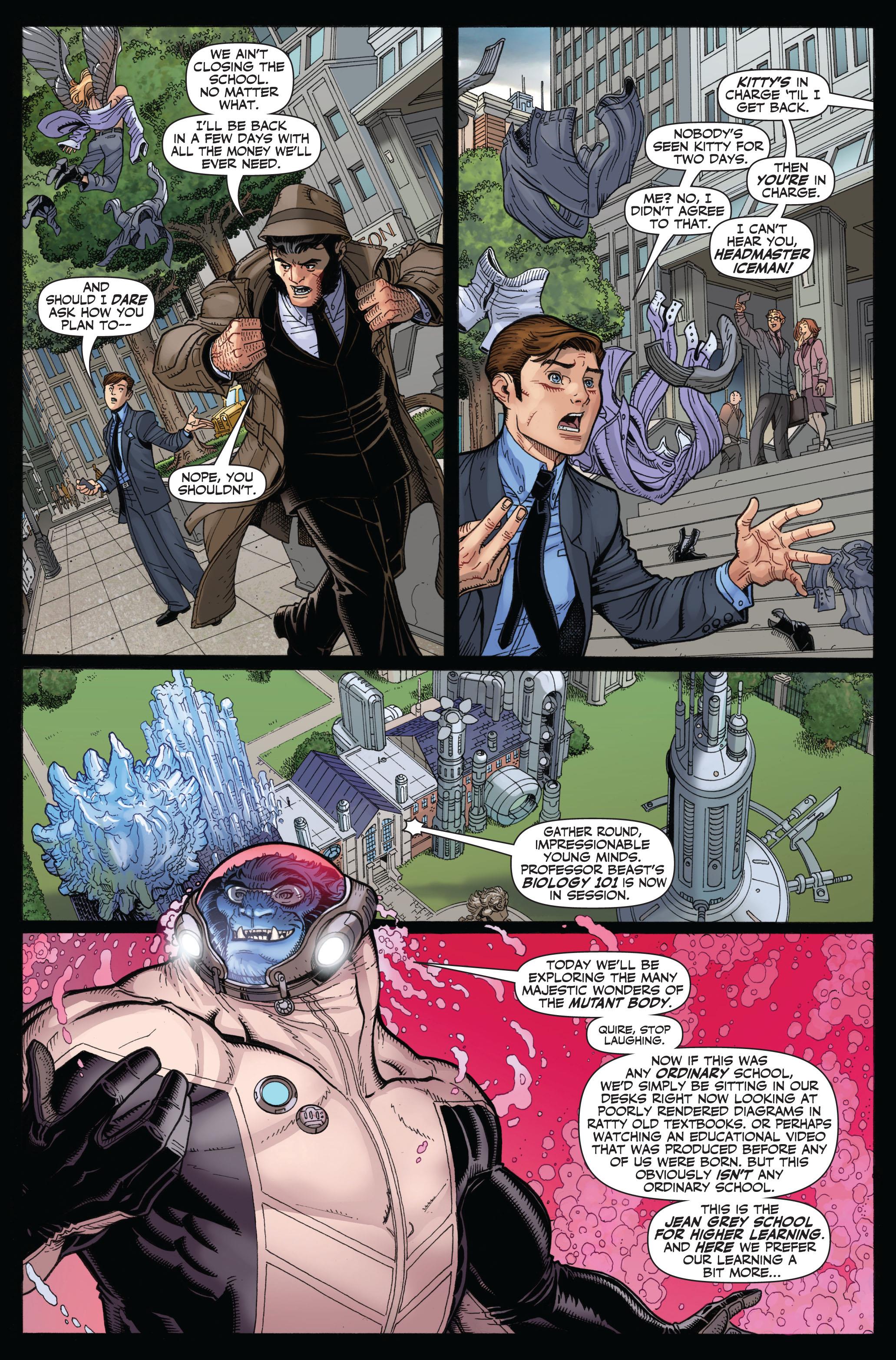 A sparkling and surprising opening volume set the tone for what otherwise might have been seen as a premise very much out of character for Wolverine: running a school teaching teenage mutants how to come to terms with their powers. More than that, the faculty staff really have their hands full as the school is populated with some of the most dangerous mutants on the planet. Take Quentin Quire (please), or as he prefers to be known, Kid Omega, an inordinately powerful telepath already responsible for one planetary scale incident, and capable enough to keep his thoughts secret from the faculty telepath Rachel Gray.

Quire is needed for one of the three plots running simultaneously through most of the book. Wolverine’s school has already run out of money, and with the original source of funding cut off at the knees what better way to earn money than by taking a sociopathic telepath to an alien casino? What could possibly go wrong. Then there’s the problem of Kitty Pryde’s pregnancy. Where any reader may think this is heading, they’ll be wrong, and affiliated to that, if not exactly joined at the hip, we have an immensely powerful alien targeting the school.

The art credits reverse the previous book with Nick Bradshaw handling three of the parsimonious four chapters provided and Chris Bachalo just one. While Bachalo is in every way the star turn there’s now far greater promise about Bradshaw. The problem he had defining features has diminished, as has the dodgy figurework. The effort he put into individual panels was always appreciated, and here he’s called on to illustrate two separate alien environments and works well with both.

Aaron’s plots are fun, remaining true to the characters while bending away in unpredictable directions. The way the school finance problem is eventually settled, for instance, is brilliantly thrown in, and when Wolverine’s arch enemy Sabretooth comes calling in the final chapter, it’s not Wolverine that has to deal with him. Sabretooth comes across as more intelligent than he has in the past, but mixed with his brutality that’s not necessarily a bad thing as he’s actually more terrifying for a greater awareness.

On to volume 3, then, which ties in with 2012’s Avengers vs X-Men scenario. The entire series is also available in the oversize hardcover Wolverine and the X-Men by Jason Aaron Omnibus.