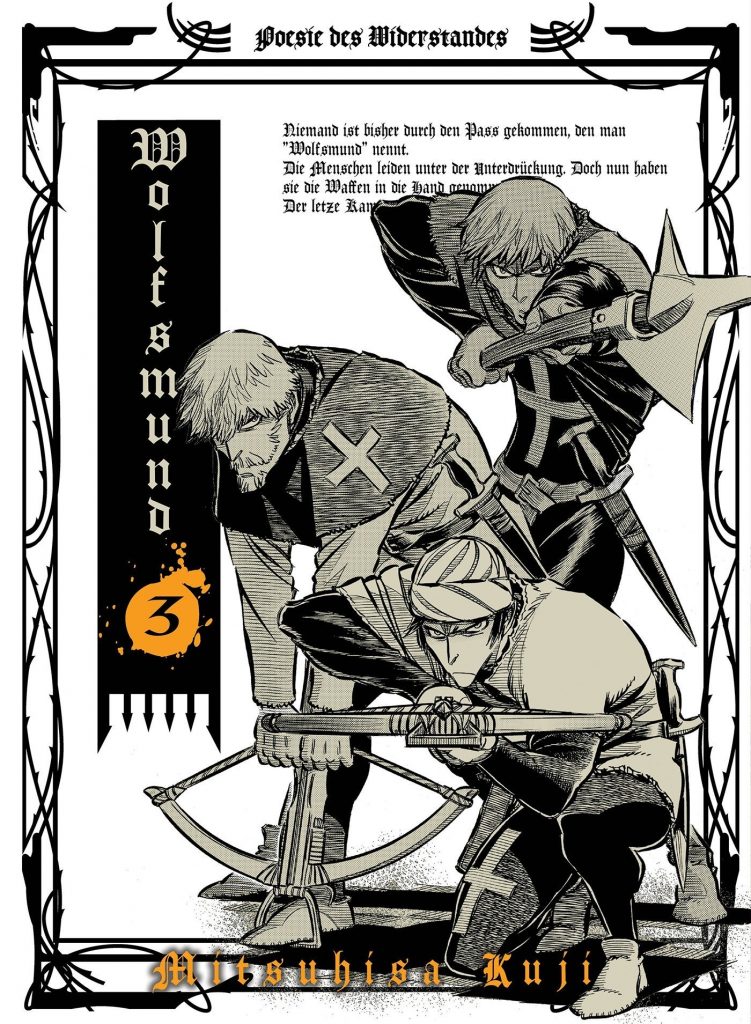 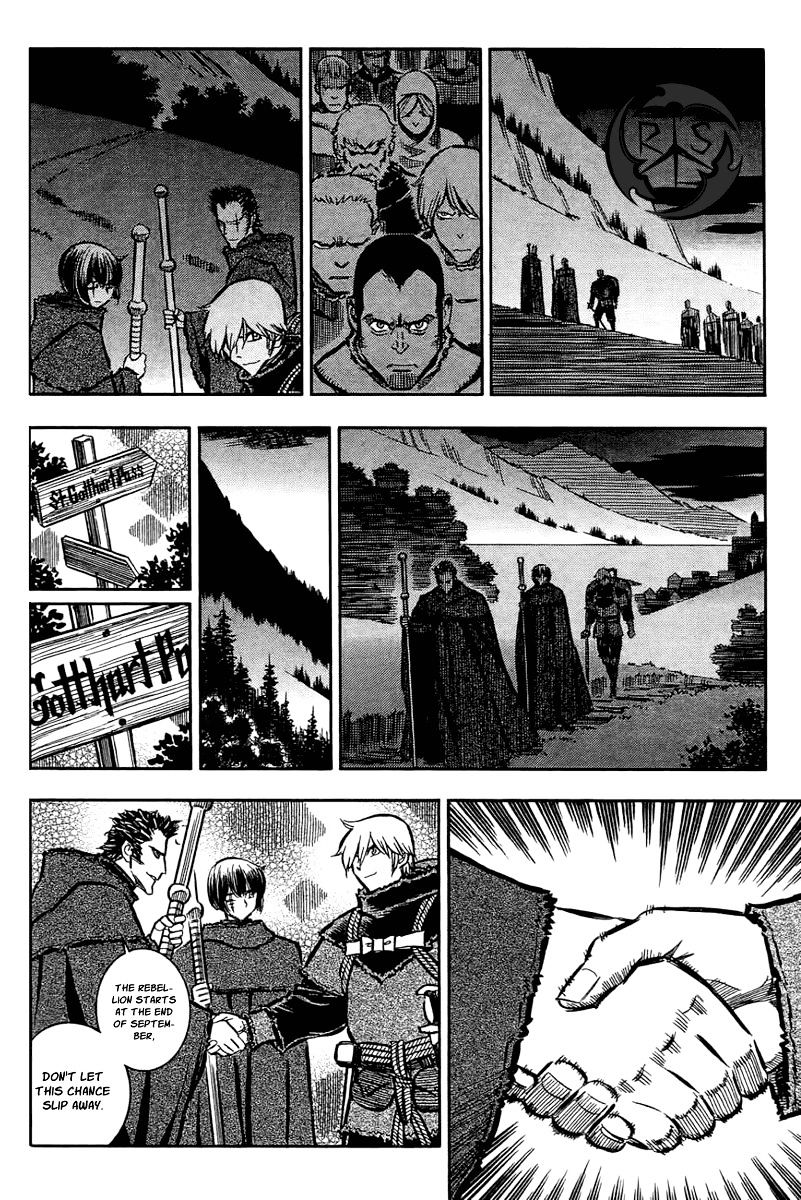 Pseudonymous woman of mystery Mitsuhisa Kuji steps up the pace in this third volume of her gripping and chillingly fatalistic historical drama reinterpreting the legend of William Tell.

Set in 14th century Switzerland, the serial details the struggle of three conquered alpine cantons – Uri, Unterwalden and Schwyz – for freedom and independence from the cruel, oppressive and savagely rapacious Habsburg proto-Empire.

At first this interpretation centred around the monolithic fortress Wolfsmund, situated in the Sankt Gotthard Pass. An impenetrable Keep, barrier and waystation between dangerous mountain passes, it dictated and controlled the population’s ability to move – or flee, find allies, gather intelligence or stockpile war materiel. It further houses a garrison of hard-hearted soldiers commanded by the sadistic Wolfram the Bailiff. As seen in Wolfsmund 2, he slaughters freedom fighters and crushes hopes with baroque and monstrous flair and ingenuity. Until now no one has survived falling under his excoriating gaze, but the lust for liberty has grown strong in the hearts of a people pushed too far for too long.

The horrific murderously medieval passion play resumes with ‘Albert and Barbara Part One’ and a spectacular display of martial arts illustration as a brother and sister, creatively maimed on Wolfram’s orders, complete their training of a very special student. Elsewhere in Lugano, on the Italian side of the mountains, the rebel force of “the Eternal Alliance” lay their final plans for taking back their land. Everything depends upon a suicide mission to take the barrier fortress and Walter, the forbidding and guilt-wracked son of the fallen liberator Wilhelm Tell.

‘Albert and Barbara Part Two’ concludes the darkly uplifting parable as the siblings boldly introduce themselves at the gates of Wolfsmund and, by sheer bravado and indomitable courage, invade the castle, chasing Wolfram deep into the bowels of his lair.

In ‘Walter and the Comrades in Fate’ a realisation of what’s really happened is revealed in flashbacks disclosing the siblings’ pep talks with the valiant Tell. The scene then switches to show in harrowing detail the mountaineer’s epic re-crossing of the treacherous peaks.

The closing chapters of this excessively graphic and visually uncompromising saga at last relate a turning of the tide as ‘Hedwig and Wilhelm’ opens with a particularly shocking sequence wherein the sadistic bailiff personally tortures Walter’s mother and younger brother seeking confirmation of his mysterious foe’s identity. The interview proves fruitless and Wolfram feels his master’s growing wrath and impatience when he is summoned to report to the Emperor Leopold.

This volume concludes with the climactic ‘Hilde and the Young Cowhands’ as the long-awaited uprising begins and the populace storms the barrier station’s Southern fortress. With the castle burning the surviving soldiers flee for Wolfram’s Central Keep, unaware that on the German frontier the Northern Fort is now under attack.

Never a tale for the faint-hearted, and always emotionally strong, with this volume the saga explodes into stunning savagery. It forensically examines the costs of liberty in brutally uncompromising character vignettes and breathtakingly intimate portrayals of death at close quarters.

Harsh, seductively cruel and inspirationally ferocious, this unhappy saga is probably most comfortably enjoyed by older readers and those who already know that not everybody lives happy ever after.