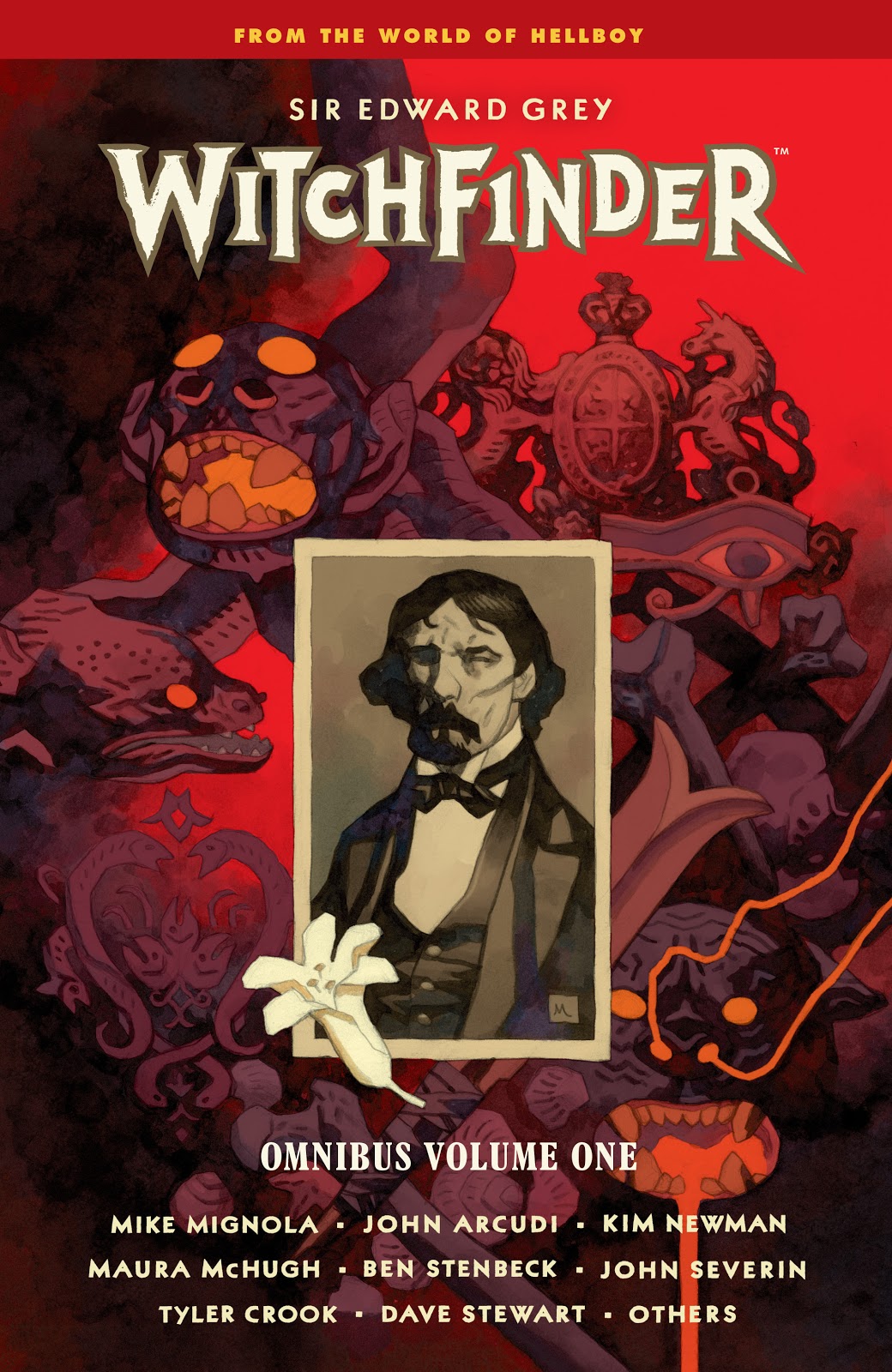 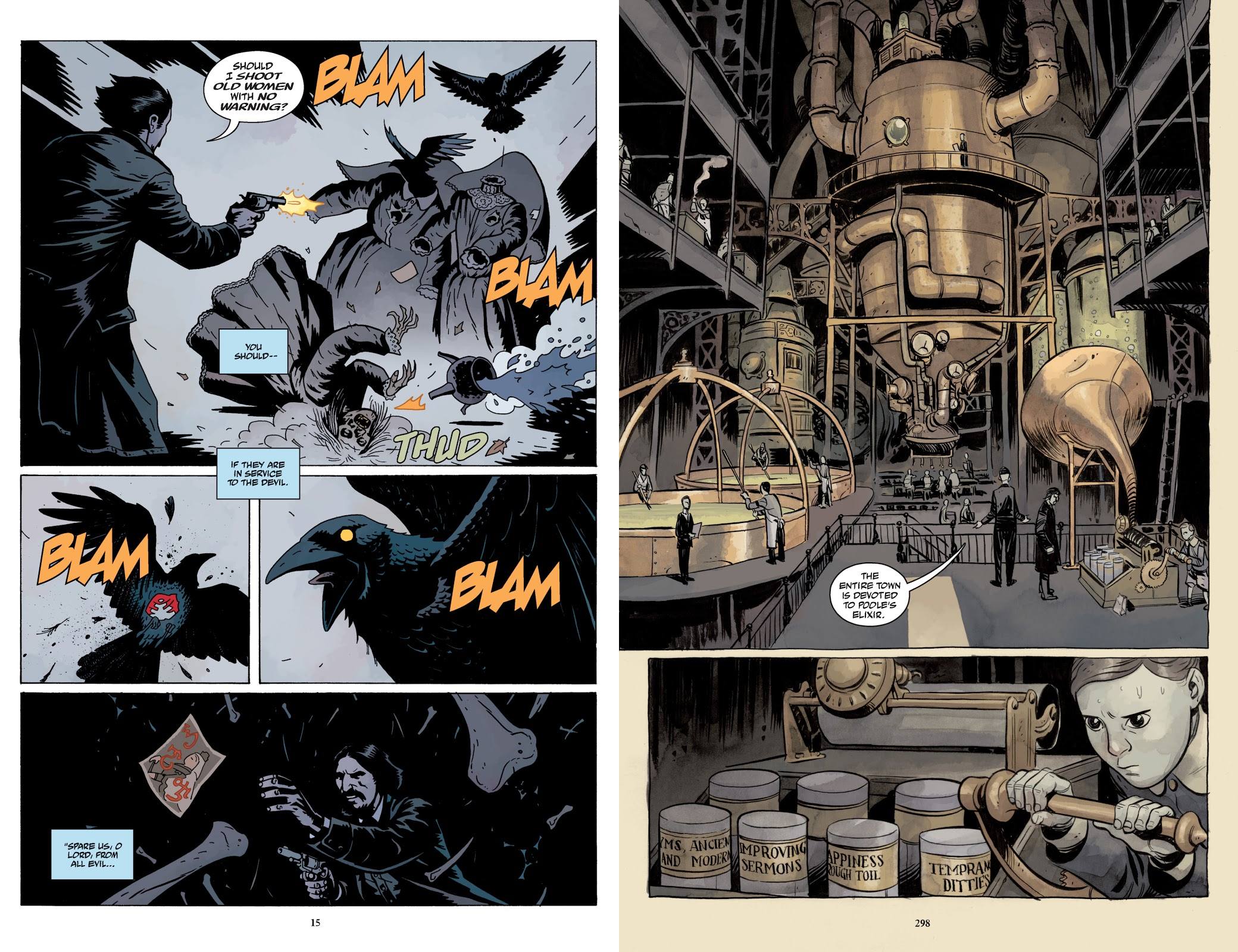 Sir Edward Grey is an investigator of the supernatural in Victorian England, a dour man despite his unusual occupation, and while appreciated by the establishment in secret, his general reputation is that of a crank, hence the derisory name of Witchfinder.

Grey is another entry in the impressive stable of horror/supernatural features created by Mike Mignola as he expanded his Hellboy mythology, yet Witchfinder is not anywhere near as compelling as other associated strips. Unusually, as far as the longer stories go, it only springs into life for the one story with Mignola not involved. That’s even stranger when Mignola’s introduction refers to Grey being his favourite Hellboy universe character. Grey is stiff and formal, and just illuminated by his circumstances, and while it’s the trade of the investigator to follow the clues, Grey is largely passive, led from place to place.

He shines brightest in the third longer story, issued in trade as The Mysteries of Unland, for which horror novelists Kim Newman and Maura McHugh collaborate. Their period foundation moves beyond surface skimming to encompass more unusual horrors, involving spooky fenlands and the eels so common to them, and an enlightened patriarch industrialist attempting to create an ideal community there. Importantly they give Grey greater personality, the occasional moment of frustration, or a sardonic response rather than restricting him to the impassive interrogator.

That’s what he is under Mignola, who writes In the Service of Angels alone and collaborates with John Arcudi for Lost and Gone Forever, both serviceable mysteries with supernatural intrusion, but neither having the spark Mignola’s other eldritch properties possess. The first is a Lovecraft pastiche begun when explorers who’ve recently returned from Egypt die mysteriously, while in the second Grey’s pulled from his comfort zone by being sent to Utah to find a missing nobleman. The clash of English stiffness with cowboy coarseness has well staged moments, such as Grey announcing in rough bar “I may not be on home soil, but I’m still an agent of the crown”, but despite the change of scenery it still fails to catch fire.

Artist John Severin isn’t at fault, delivering the same cultured storytelling he had for decades beforehand, not losing any of his quality. Why Mignola would want to work with Ben Stenbeck is obvious. Although there’s a stiffness to some expressions, and not quite the jaggedness, Stenbeck is very influenced by Mignola’s art as seen from the sample page (left), and he’d improve on subsequent Witchfinder assignments. Tyler Crook (sample spread right) relishes the trappings of Victorian industry, recreates the period evocatively beyond that, and really sells the creepy aspects.

In addition to the first three Witchfinder trades, the three shorter pieces that accompanied the main stories are included, neatly paginated at the beginning, middle and end. They pack a lot into a few pages, showing how Grey’s title and nickname first came about, how Stenbeck’s art progresses, and actually have a witchfinding case, nicely drawn by Patric Reynolds.

Witchfinder hits the right tone, and always looks good, but you might want to sample a paperback story before investing in this Omnibus.