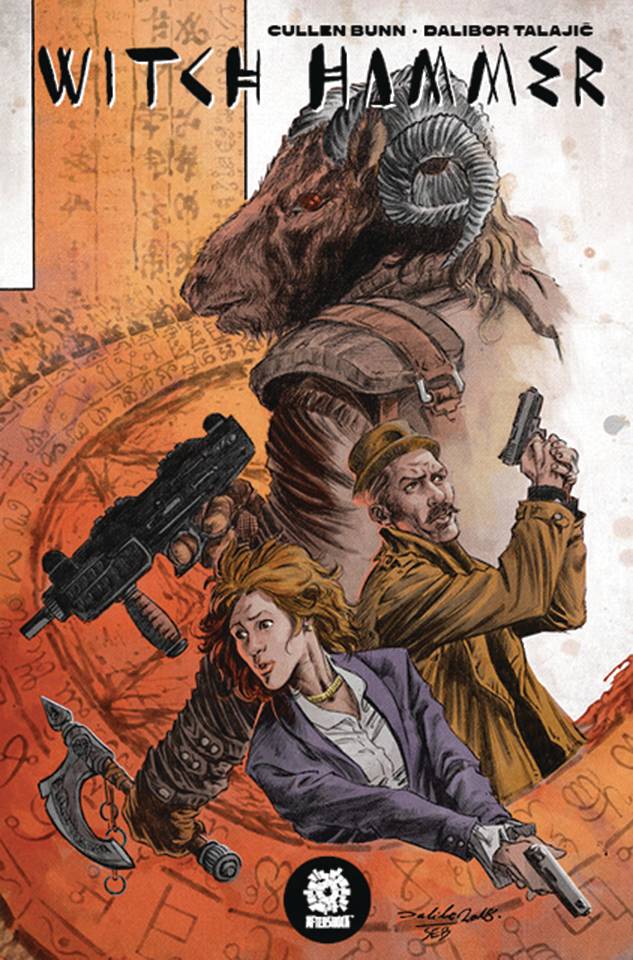 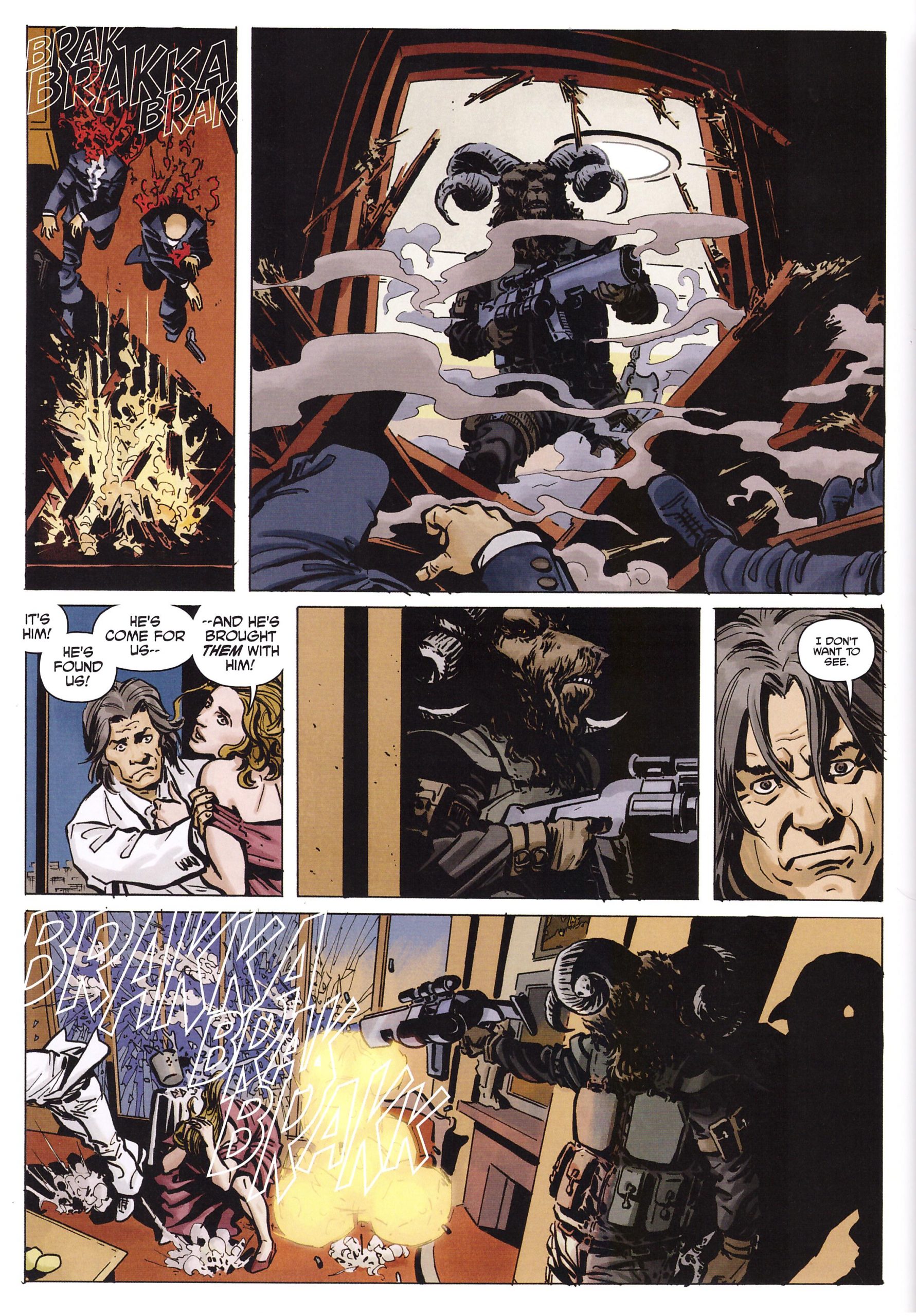 It’s to be supposed that a graphic novel titled Witch Hammer isn’t intended as a barrel of laughs, and the tone is set early with four teenagers murdered in the woods of a small country town. It’s a murder that attracts the attention of Agent Frontenac, who’s been investigating similar killings, killings that have a ritual about them. This is even more disturbing, and is linked to a sort of halfway house.

Cullen Bunn and Dalibor Taladjić’s intention is to echo action thriller cinema, achieved with shock, striking imagery and recognisable scenes, yet they draw in enough elements to mix up a relatively original brew. If the author credits are to be believed, Taladjić taught clarinet at a music school, which isn’t the conventional path to such artistic skill. He draws everything superbly, providing detail, fleshing out the characters visually, never skimping and utterly terrifying when it comes to the horrific moments as per the sample page. The minor quibble is that the hat Frontenac’s partner Guinness wears is always too small, looking as if it’ll blow off his head at any moment.

Presuming it’s down to Bunn, the sensational title should have been bettered. As it stands, it’s almost meaningless, yet also provides a slight clue as to what’s happening overall in a story where attempts are made to conceal that. Bunn doesn’t spend a lot of time with character nuances. The cast’s personalities are established from their introduction and that serves events well enough. Frontenac isn’t even given a first name. Nor is Bunn big on explanations, rightly assessing most readers picking up an action thriller with horror overtones will be able to join the dots, and also correct in assuming joining those dots is secondary to the action rush and desperate mood.

Witch Hammer is a simple enough plot, extraordinarily well extrapolated by Taladjić, to the point where Aftershock considered the art good enough to warrant a European sized hardback album.