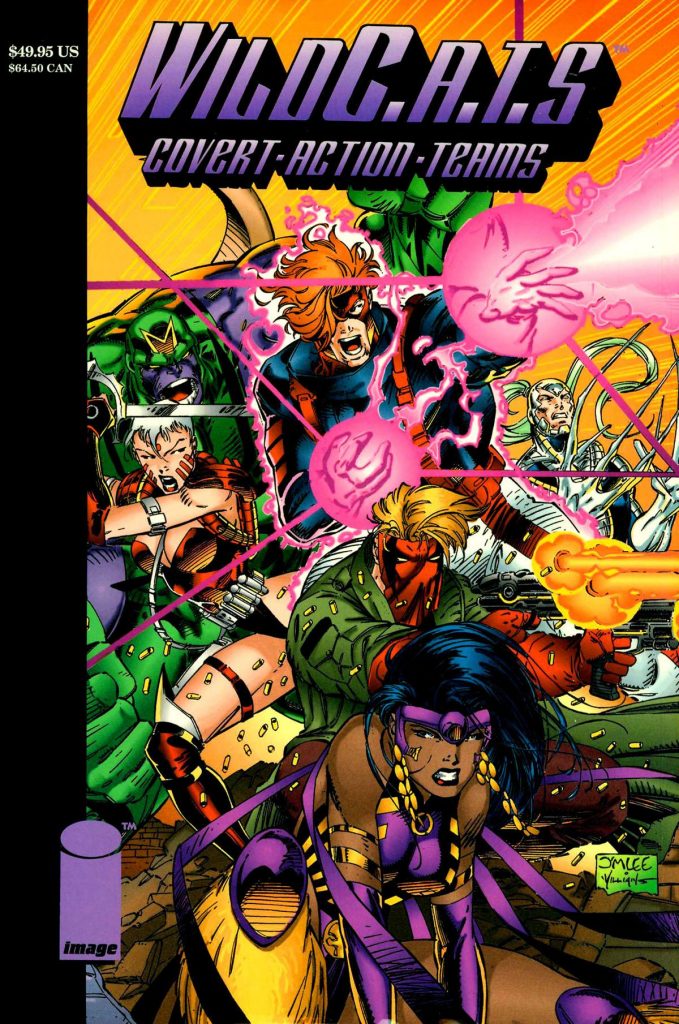 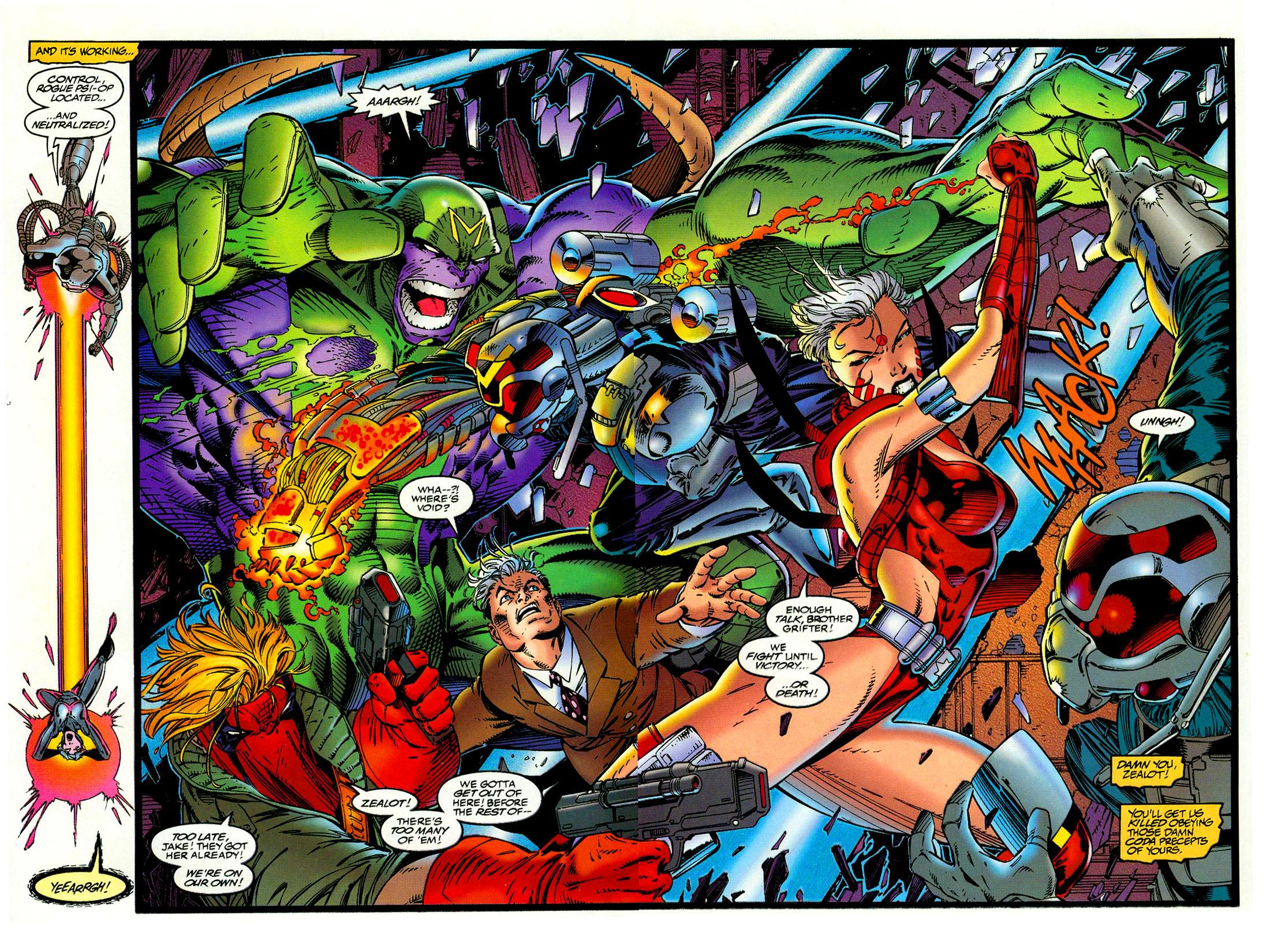 When seven writer/artists left Marvel to form Image Comics in 1992, it was Jim Lee who had the clearest idea of what he wanted to do, and calling on his friends, threw together several new superhero titles tied into a central premise of a war between two alien races playing out on Earth. WildC.A.T.S. is the one that deals most explicitly with the scenario, the capitalised element of the title standing for Covert Action TeamS in case you’re wondering.

Jacob Marlowe is an alien, a dwarf by human standards, but has lost his memory. He was rescued by a mysterious teleporting woman in 1990 when sleeping rough, and in the present of 1992 he runs a multi-billion dollar corporation. He’s not recovered his full memory, but is referred to as ‘Lord Emp’ by those who know, and believes what he’s told, that he’s crucial to events of the future. He’s also been encouraged to develop his own super team, now called into action as the Daemonites appear to be upping their activities on Earth, and they’re a race who’re capable of possessing humans. Only very few people can recognise someone who’s possessed, and that’s a valuable asset.

WildC.A.T.S. was immensely popular on launch, and continued to be for several years. The attraction was Lee’s art, but it’s a bizarrely acquired taste. In some places he displays a talent for lively layouts, and there’s certainly an energy, but superficially attractive, oddly proportioned women with ridiculous legs and globular breasts predominate while everyone is adorned with so many unnecessary lines. Very little thought has been given to how the characters interact visually, but there is one classic design in gunfighter Grifter, who disguises his identity via a red cloth with eyeholes that drops over his face. It’s distinctive and novel. The messy sample art, however, is representative, bright and action packed, but with distorted figures all over the spread, and little indication of what the key aspect is, leaving only a poor pin-up.

Some cast members seem to be nothing more than designs making up numbers, some with any larger purpose not apparent in these four chapters. Lee and colleague Brandon Choi just keep throwing in more characters, and the arrival of another super team, Youngblood, is an excuse for a chapter of little more than pin-ups. By the end a needlessly overcomplicated story the problems on Earth have been settled, and the continuity heads next into WildC.A.T.S./Cyberforce: Killer Instinct. Alternatively both are available in the slipcased hardcover Absolute WildC.A.T.S. collecting all Lee’s work on the series.

There’s depth to the backstory, but what’s up front is pin-ups and punch-em-ups. That backstory, however was built on by others, and Lee’s creativity resulted in a line of characters sustained throughout the 1990s, with the resulting WildStorm brand becoming one of quality and innovation. Without the reception this had, we wouldn’t have been blessed with the rest, but in isolation Compendium hasn’t aged well, no matter that you were blown away by the contents in your early teens. 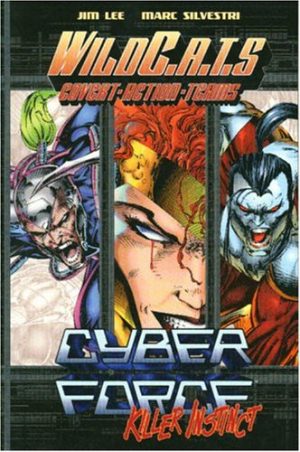 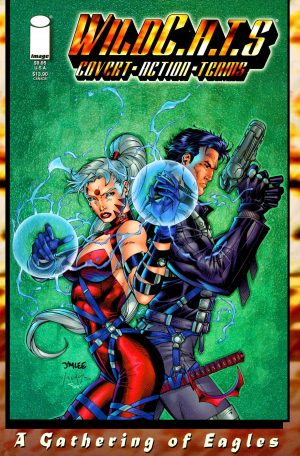 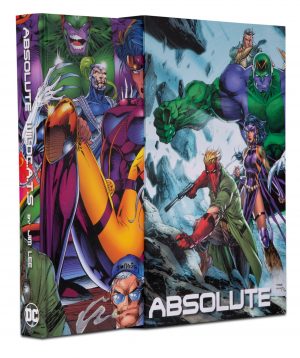