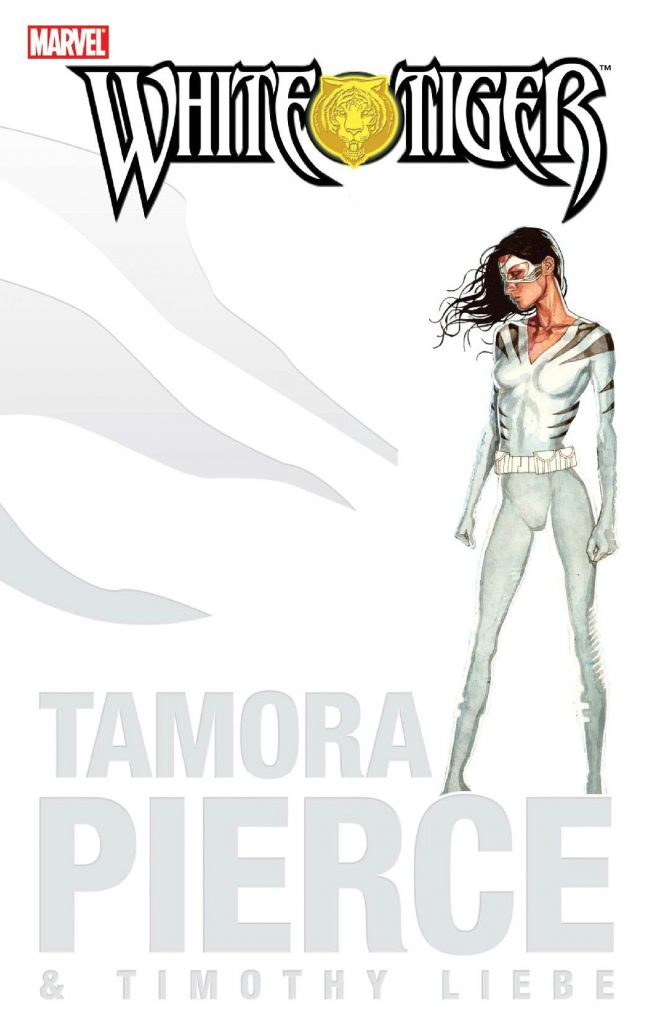 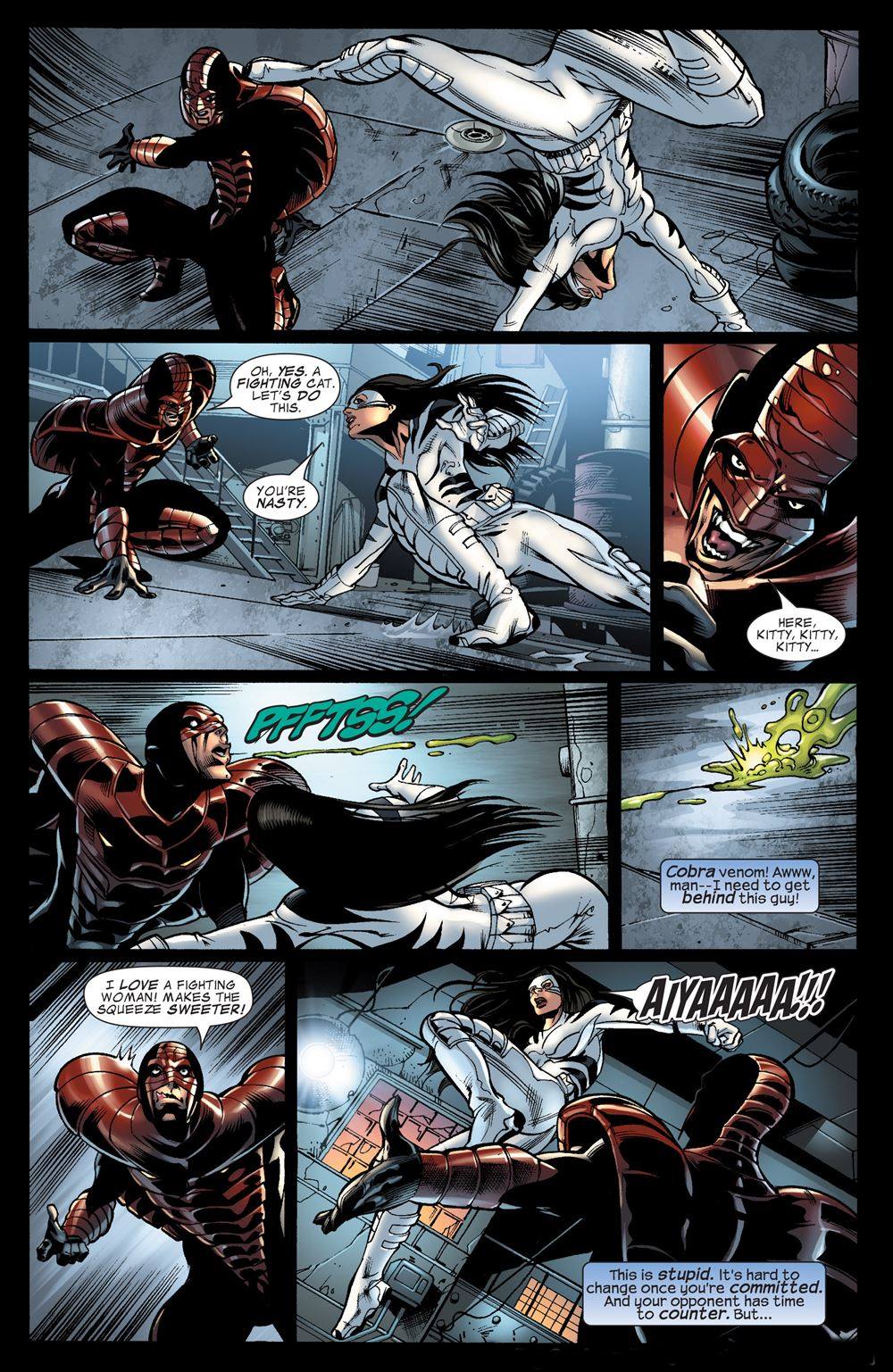 After the mid-1970’s Kung Fu craze subsided Marvel was left with a couple of impressive themed properties (Master of Kung Fu and Iron Fist), and a few that needed some traditional superhero “topping up”. The Sons of the Tiger were a multi-racial martial arts team augmented by three mystic amulets, and fought the usual mystic ninja/secret empire types until internal dissent and an obvious lack of creative imagination split them up.

The amulets were a Tiger’s Head and two paws carved from magical jade, passed on to young Hector Ayala who donned all three to become a super-martial artist calling himself the White Tiger. After an inauspicious, short and excessively violent career including team-ups with both Spider-Man and Daredevil, the “first Puerto Rican Superhero” all but vanished until events related in Daredevil: Out.

In the meantime, a new White Tiger appeared in Heroes for Hire: an actual tiger evolved into a humanoid by renegade geneticist the High Evolutionary. In 2003 Kaspar Kole, a black, Jewish cop briefly replaced the Black Panther, becoming the third White Tiger shortly thereafter. That brings us to Angela Del Toro, niece of the first White Tiger; one time cop, de-frocked FBI agent and eventual recipient of the amulets that empowered and doomed her uncle Hector.

Novelist Tamora Pierce and co-scripter Timothy Liebe make the necessary and mandatory recaps and references relatively painless, incorporating them seamlessly into the overall narrative thrust of this tale. It perfectly suits the action-packed, highly realistic artwork of Phil Briones.

Angela is now jobless and bewildered, terrified of becoming just another masked crazy on the streets and skyways of New York City. Luckily, she still has a few friends in the legal and extra-legal law enforcement community, and soon links up with a private security firm while sorting out her new double life. That mostly means coming to terms with being a costumed superhero, stopping a covert cabal of asset-stripping terrorists from turning the USA into a highly profitable war-zone and getting final closure if not revenge on Yakuza prince Orii Sano, the man who killed her partner.

White Tiger: A Hero’s Compulsion is a canny blend of family drama, cop procedural and gritty superhero thriller, with an engaging lead character, believable stakes, just enough laughs and truly sinister baddies who should appeal to the widest of audiences. Fun-filled and frantic with loads of guest-stars, including Spider-Man, Daredevil, Iron Fist, Luke Cage, Black Widow, and such scurrilous dirtbags as the Cobra, the Lizard, Deadpool and the assembled underworld of three continents, this is a read for devotees and dilettantes alike.

Whether cleaning up the mean streets and saving the entire world or just busting heads in her new day job, White Tiger had everything necessary to stay the course, but somehow didn’t, which doesn’t devalue this trade paperback.