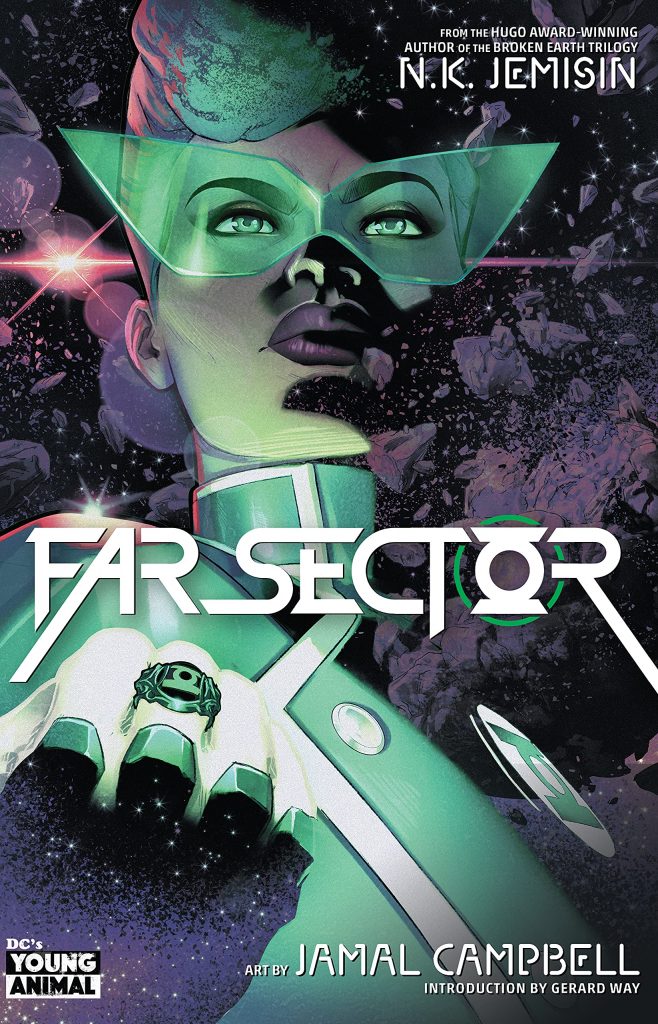 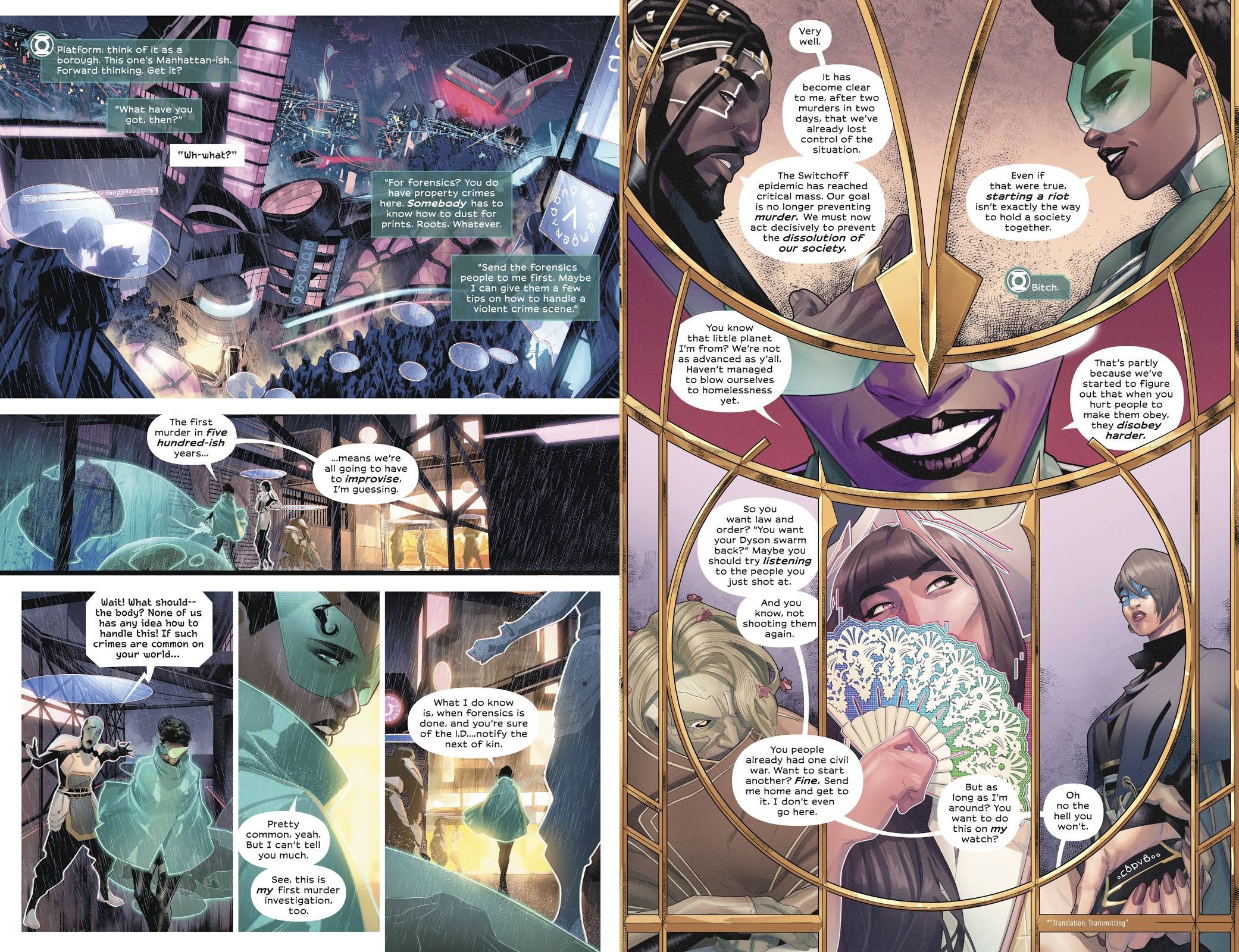 N.K. Jemisin comes to Far Sector with a noteworthy science-fiction CV, so her being given Green Lantern Jo Mullein to play with deep out in space makes perfect sense. She introduces her plot as a procedural murder mystery on The City Enduring, a place peacefully shared by three races that has just seen its first killing in hundreds of years. The peace has been sustained by excising all emotion among the population, and it falls to the novice Green Lantern to solve a mystery at the outer edge of the universe.

Eventually Far Sector proves a fusion of what’s made the Green Lantern franchise memorable in the past. We have adventure, social relevance, and imaginative science fiction topped off by Jo having a strong, straight talking and appealing personality, used by Jemisin as the basis for a very character-driven story. Thrown into a completely alien society, we see the world through Jo’s eyes, experiencing the shock and wonder along with her. Care is also taken with other featured characters, not all of whom are what we’re first led to believe. That’s partly Jemisin defining alien behaviour and values, and partly her reflecting human ones.

The mood is enormously aided by some fantastic art from Jamal Campbell who supplies the future. Responsible for the drawing and colour, he develops a suitably awe-inspiring society on a substantial scale, delivered in pastel shades and clever lighting. Campbell has the imagination to create something that actually looks alien while still encompassing almost human people.

Emotional suppression is at the heart of Far Sector. Some citizens accept it as a traditional necessity in keeping the peace, others consider it represses who they really are, and Jemisin ensures we realise both points have validity. She also tinkers with the Green Lantern power source, which in Jo’s case isn’t infinite. The limitations mean she has to be more careful in using the ring, which recharges itself, but gradually rather than a full burst. While contemplating the deficiencies of an alien society, Jemisin also has Jo consider her background as African American in New York, highlighting the deficiencies of our own, and there’s an imaginative presence throughout, such as memes as a commodity.

It’s a long and twisting road before some truths are revealed, and the gradual dripping of true and contradictory political priorities blossoms into social commentary as well. The visual awe Campbell provides on every page is a constant distraction, drawing attention away from action being confined to brief bursts. The finale, though, is the release, the widescreen action scenes comics can stun with when produced to the high standard Far Sector maintains. How the action ends is great as well. How often do you wish a story would have someone see sense at the vital moment?

Far Sector is a very different take on Green Lantern, one that’s intimately tied into Jo Mullein’s character, pragmatism allied to a bullshit-free worldview and willing to call out hypocrisy and double standards wherever she sees them. It’s a clear updating of Hal Jordan’s integrity from the 1960s, but his stories lacked this depth. It’s surely inevitable that Campbell will draw more comics, but let’s hope Jemisin’s keen to write more as well.