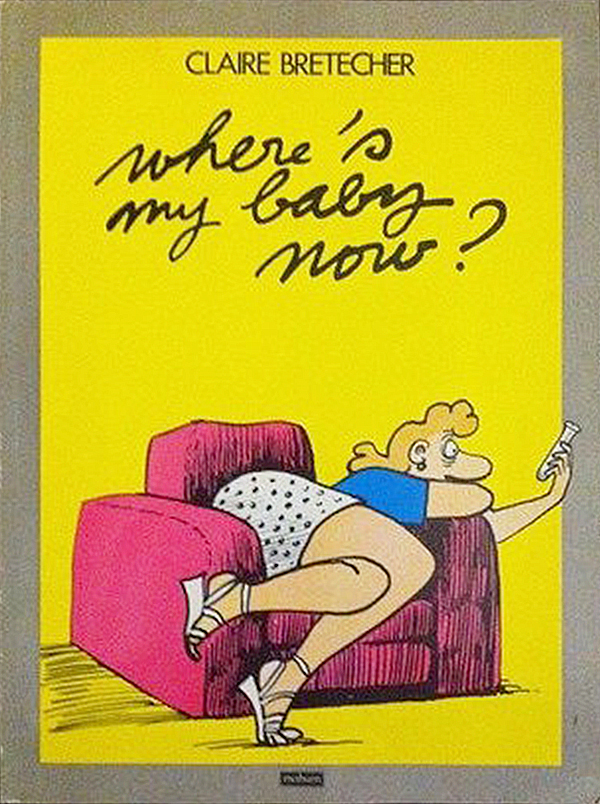 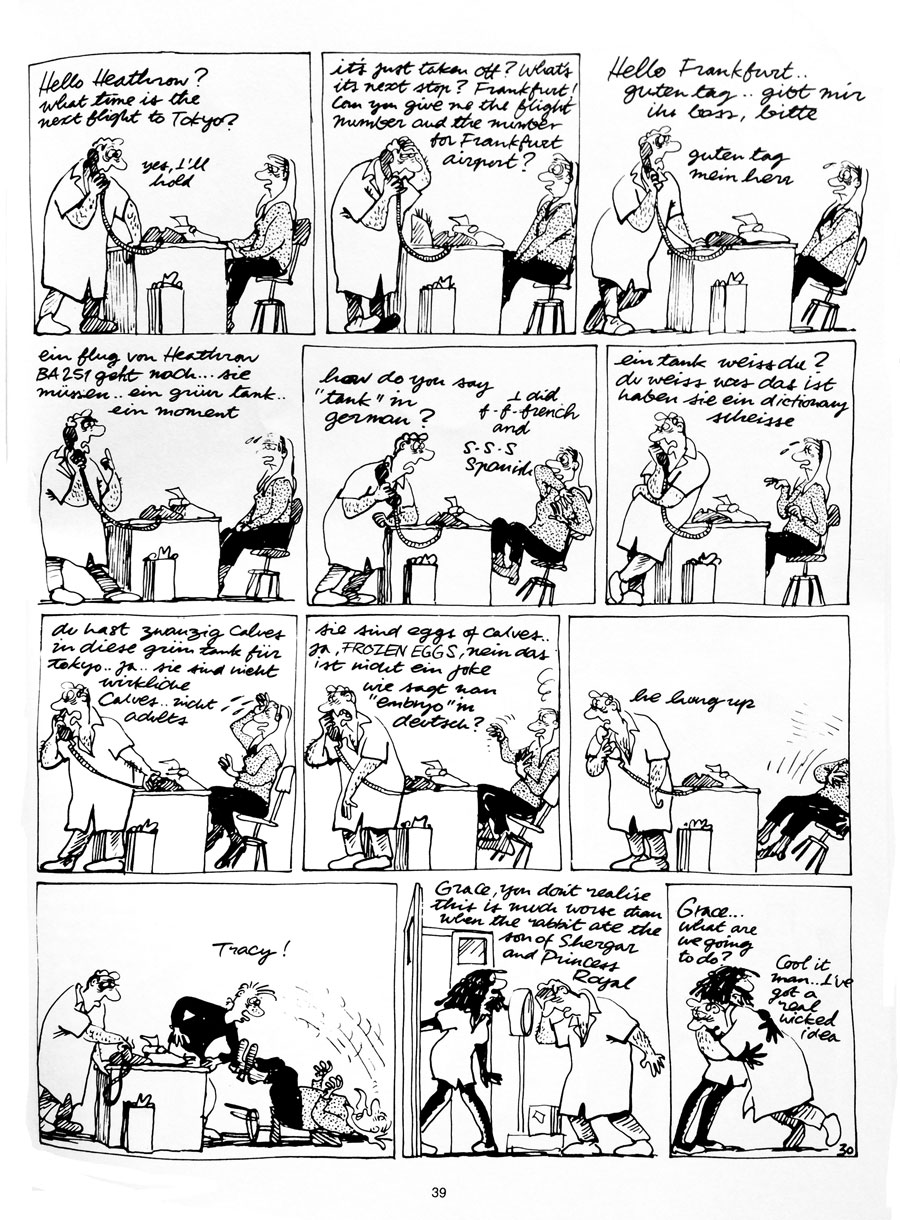 Where’s My Baby Now? is not a collection of short pieces like the other ClaireBretécher books published by Methuen/Mandarin, but a single continuous story. Bretécher may be unique among the cartoonists who were working for popular newspapers and magazines in the 1970s to the 1990s in the way she kept control of everything she created. She self-published all her book collections and licensed the translations, while also producing a number of graphic novels featuring different original work, and doing all this as she continued producing her ‘Les Frustrés’ (Frustration) strips every week. Bretécher’s graphic novels including ‘Le Cordon Infernal’, ‘La Vie Passionnée de Thérèse d’Avila’, ‘Les Mères’, ‘Le Destin de Monique’, ‘Docteur Ventouse, Bobologue’ and ‘Tourista’ feature more sexual content than she was typically able to show in her weekly strips, which may be one reason why most of them remain untranslated in English. Le Destin de Monique is the only one of her complete graphic novels to be published in the UK, albeit with the title radically changed in translation.

Where’s My Baby Now? picks up on some of the ideas in the collection Mothers around childbirth and inferility, turning them into a fully fleshed out narrative about artificial insemination and pregnancy surrogates. These had become a hot political and moral issue during the late 1970s and early 1980s after the first French ‘test tube baby’. Rachel Smythe is a famous and successful film actress whose body clock begins ringing, but her filming schedule leaves no room in it for a baby. In order to have the career she wants and the baby she craves, she hits on the idea of getting her Spanish cleaning lady Gigina to carry the embryo to term for her instead. The string of disasters that follow from this scheme include lots of farcical jabs at the medical fraternity’s attitudes to childbirth and organised religion, abortion, the moral and technical implications of genetic engineering, bestiality, and the limits of the law, all delivered with Bretécher’s customary scribbly precision. There’s even a happy ending. Or nearly a happy ending. Where’s My Baby Now? was ahead of its time and still has a lot of relevant ideas running through it now. If you have enjoyed her shorter pieces you will definitely appreciate what Bretécher can do with the space to take an idea and run with it. This book is out of print, but copies are easy to find online.