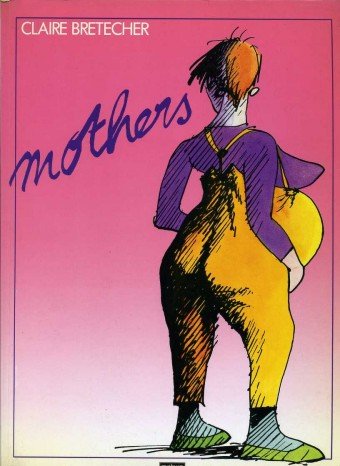 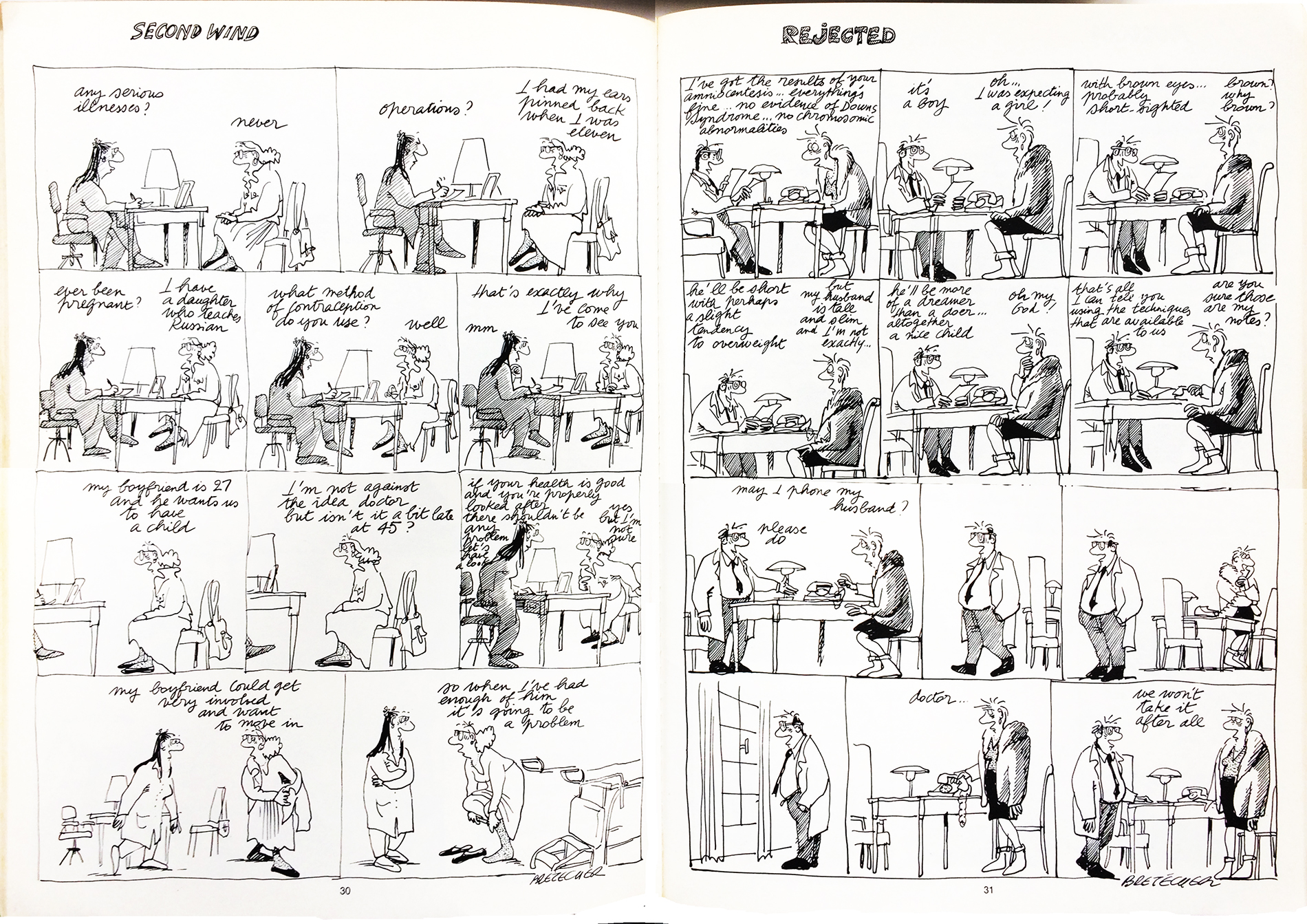 Mothers is the third of seven Claire Bretécher books published by Methuen/Mandarin between 1985 and 1992, translating her Les Mères first published in 1982. These strips aren’t the usual one-pagers seen in Frustration and More Frustration, but longer pieces with more involved stories. Claire Bretécher may be unique among the cartoonists who were working for popular newspapers and magazines in the 1970s to 1990s in the way she kept control of everything she made, self-publishing all her book collections and licensing the translations, but also producing a number of graphic novels featuring different original work, and doing all this while she was producing her ‘Les Frustrés’ (Frustration) strips every week. Bretécher’s graphic novels, ‘Le Cordon Infernal’, ‘La Vie Passionnée de Thérèse d’Avila’, ‘Les Mères’, ‘Le Destin de Monique’, ‘Docteur Ventouse, Bobologue’ and ‘Tourista’ all feature more sexual content than she was typically able to show in her weekly strips, which may be one reason why most of them remain untranslated in English.

Mothers concentrates on the psychology of pregnancy and families. Why have a child in the first place, what it means to a relationship, the dynamics of hormones and changing bodies, the shift in power and the financial implications, all shown through a variety of protagonists who are mostly not the pregnant woman but all the people surrounding her. Several short, interlinked stories, broken up into vignettes and comedy moments explore different types of mothers-to-be and partners. These include a gay couple who try to kidnap ‘their’ baby, a dreamily perfect potential husband who isn’t a heterosexual cis-man at all, phantom pregnancies in animals and attempts to film the perfect birth.

Like all of Bretécher’s books from the early 1980s, Mothers is obviously of its time and the narrow demographic doesn’t stretch further than the affluent white yuppies who are Bretécher’s target group, but it is still a funny read and very much worth picking up today if you have any interest in social observation. This title has been out of print for a long time, but is easily found online very cheaply.