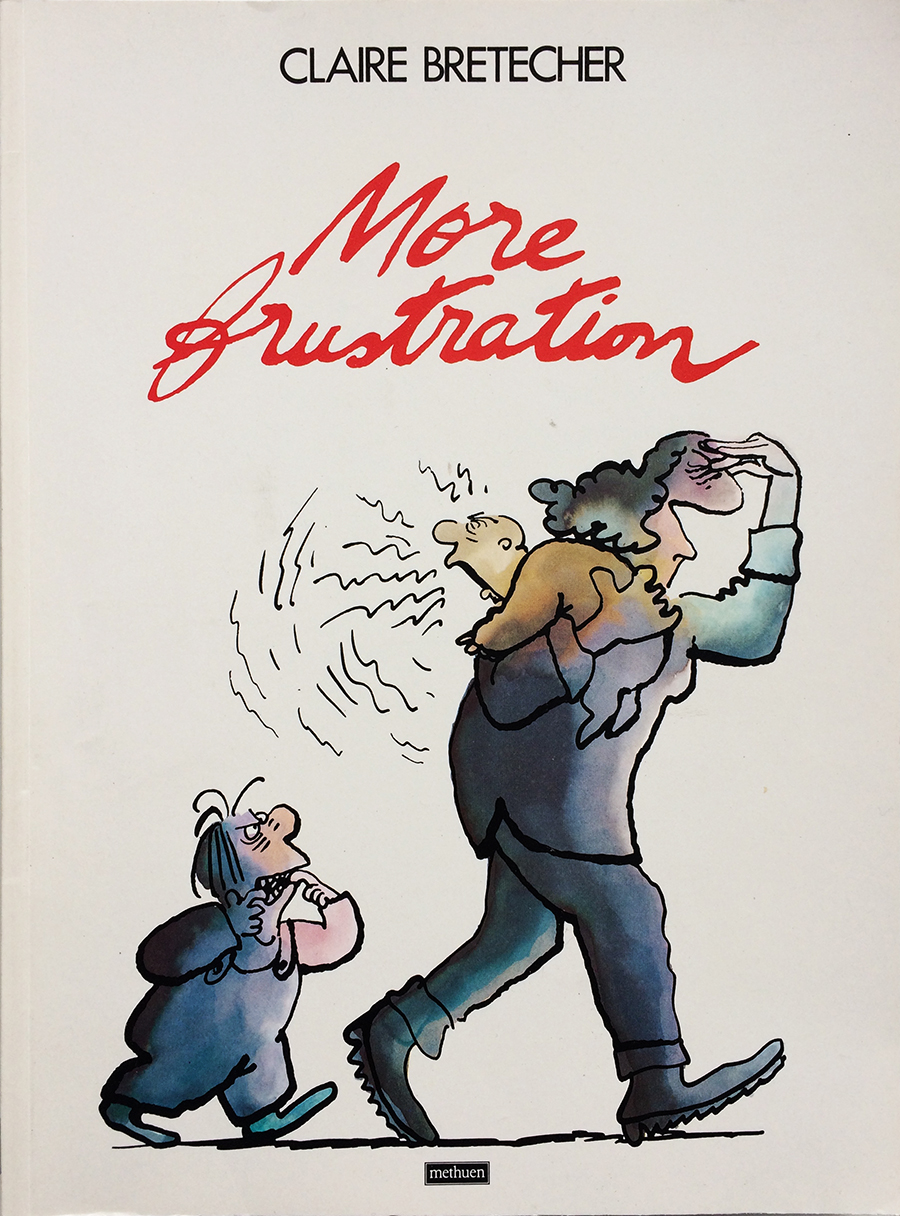 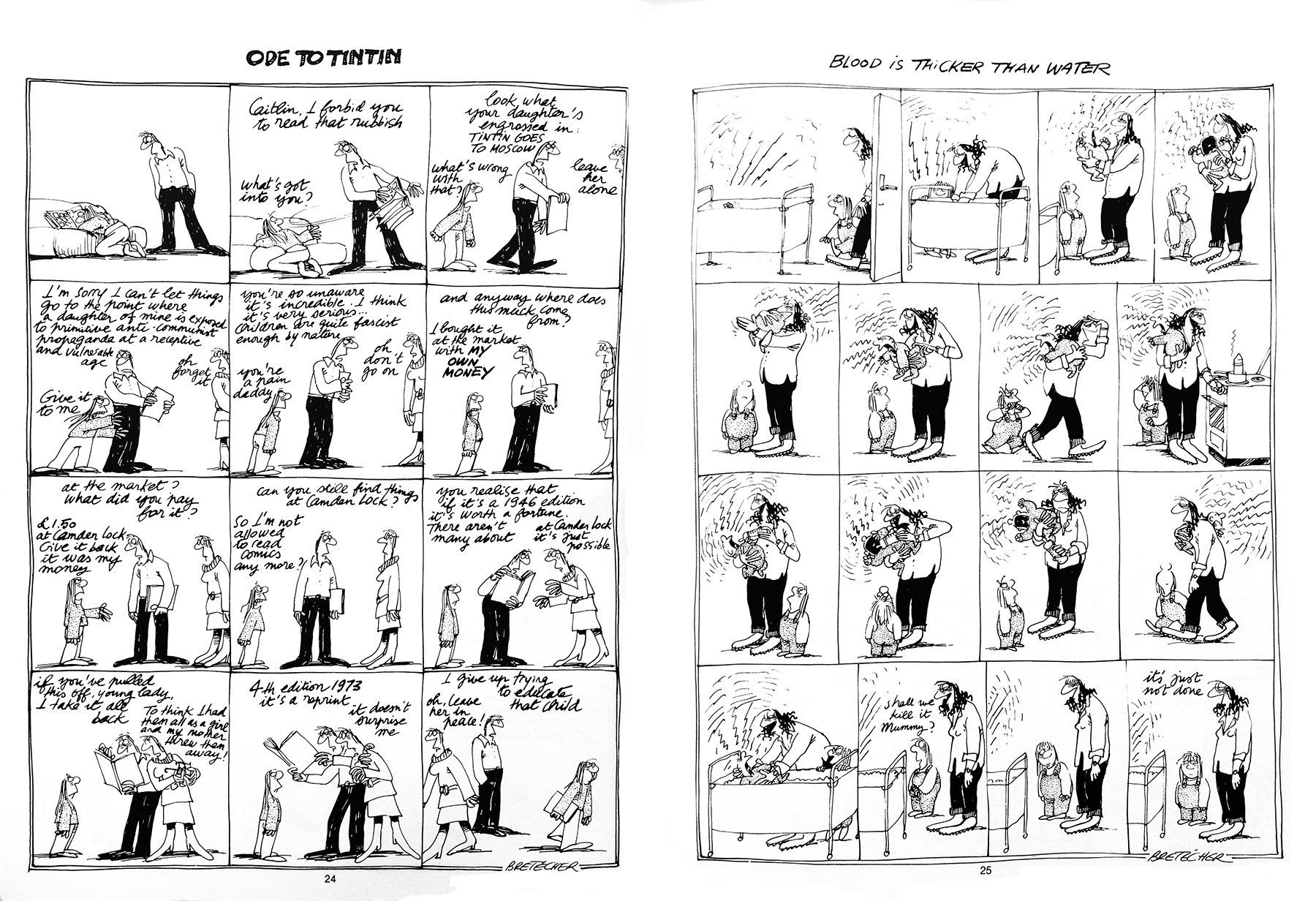 More Frustration is the second collection of strips by Claire Bretécher taken from her weekly La Page des Frustés (The Frustrated) and translated for the UK as a full page in the Sunday Times Magazine, where it was called Frustration. This volume carries on where the first one left off with more of the same witty and savage examination of the sexual, social and political states of the vaguely left-wing, affluent and middle class, white urban men and women who Bretécher knows from the inside out, being part of that same group herself. She’s very evenhanded with her observations, giving both sexes equally unflattering and piercing treatment. She talks about this in the introduction to the USA translation The National Lampoon Presents Claire Bretécher explaining her method this way:

‘Women in comic strips are usually portrayed either as shrews or movie stars. But in real life, women, like men, are neither of these extremes, so I portray women and men alike, except that the women have two little round things on their chest’.

This very democratic approach to drawing makes her images much more expressive and ridiculous than other cartoonists who tackle these same issues although it can sometimes make it difficult to tell people apart as they all share the same scribbly characteristics. More Frustration feels dated in some respects, with no engagement with any social or racial groups outside of Bretécher’s key bourgeois demographic. But the humour remains sharp and these are very well created, insightful strips that read as well now as when they were made. Claire Bretécher’s work was the subject of a big retrospective exhibition in 2016 at the Centre Charles Pompidou in Paris. If you want to know how and why she became one of the greatest exponents of social observational cartooning, this book will show you. More Frustration is out of print, but it was a very popular title in the 1980s and so very easy to find online, and very cheap with copies available for little more than the price of postage. 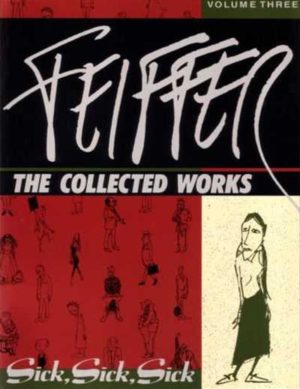 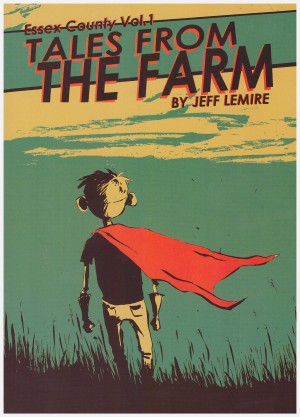