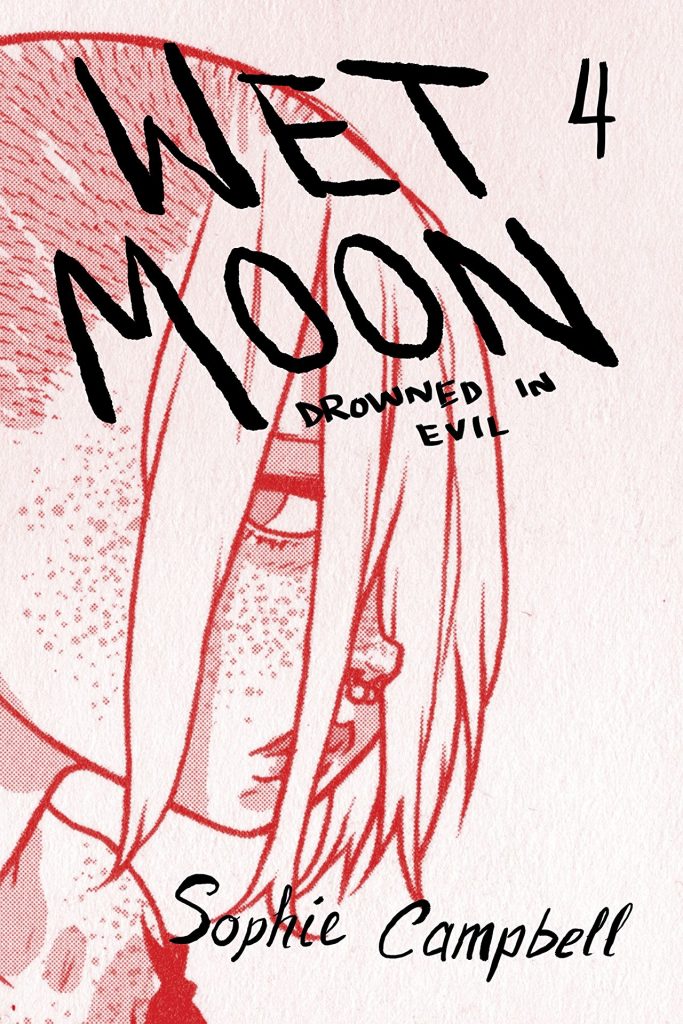 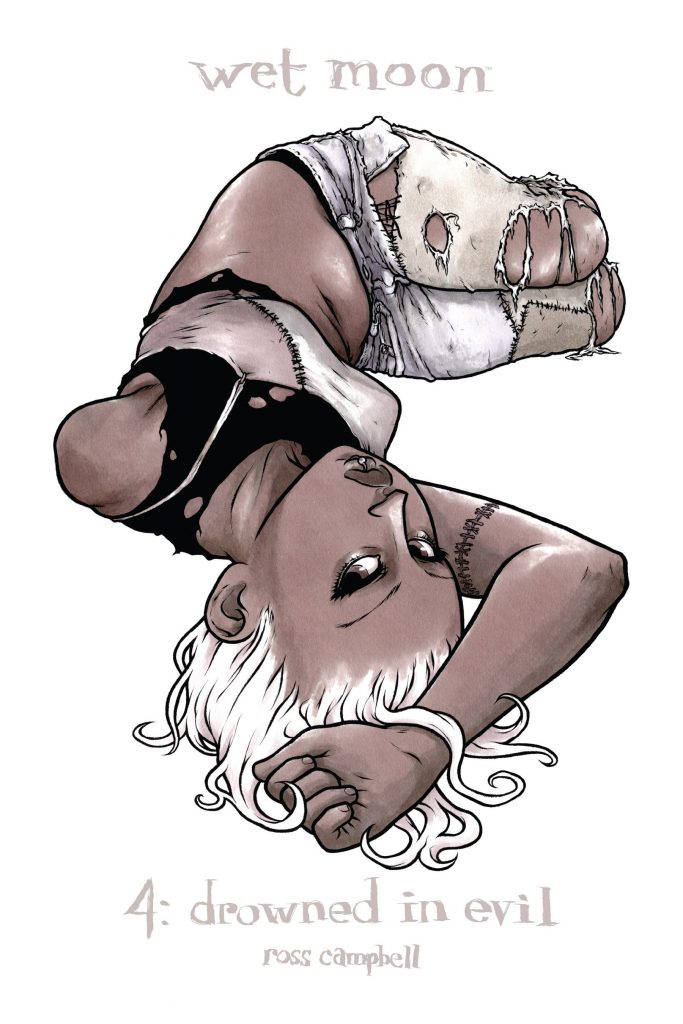 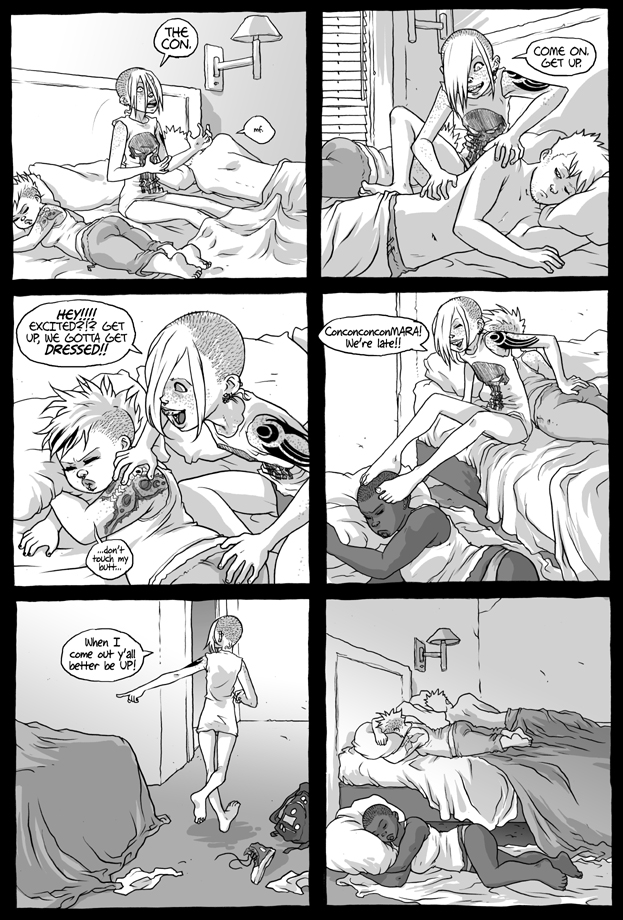 As Sophie Campbell’s college soap opera continues, one of the overall delights is seeing how much she’s improved as both a writer and an artist over the course of the series. The layouts and poses are more ambitious than when Wet Moon began, and there’s a better staging of how the assorted characters interact. The random pinball excitement of the opening volumes was fine, but now there’s a far greater depth to the cast. It’s best represented by the friendship between Mara and Natalie, who’s evolved from the sharp-tongued bitch she had been. As with other characters in the series, it’s partially a defence mechanism, and she’s as riddled by insecurity as the remainder (Trilby excepted), and in a very good few pages of conversation beginning the book we learn more about her than we have to date. More sophisticated storytelling is exemplified by a story being told that we all want to hear, yet Campbell teases, constantly interrupting with mundane business that’s actually more important with regard to the ongoing narrative.

The early stages of Drowned in Evil are conversation heavy, which is fine provided you’re comfortable with the cast, and it’s unlikely that’s not the case for anyone who’s reached volume four. Campbell, though, has a wicked sense of humour that occasionally breaks out, and this time round it’s Audrey who’s the butt of her jokes while on a nightmare babysitting job.

Every chapter begins with one of Mara’s heartbreaking blog entries – still no comments – providing a timescale as well as personalising events, and there are more notes, written by Jessica Calderwood, into which Cleo pours her heart. This is a book in which there’s considerable progress in Cleo’s life, and while she’s been lost for a while in a captivating ensemble cast, she’s back on the centre stage here, although pretty well everyone else also gets a look in also. Campbell’s had several unresolved issues on the boil for quite some time now, and almost all of them are addressed in Drowned in Evil, but to whom or what does the title refer? You’ll have to make up your own mind on that, but there’s a clear candidate by the end of the book. It’s a clever ending that makes sense of why one person opened up earlier on, and completely does the job of ensuring that Where All the Stars Fail to Burn will be an essential purchase. 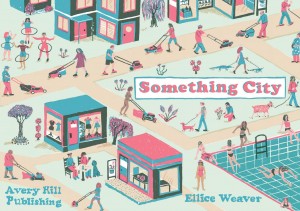