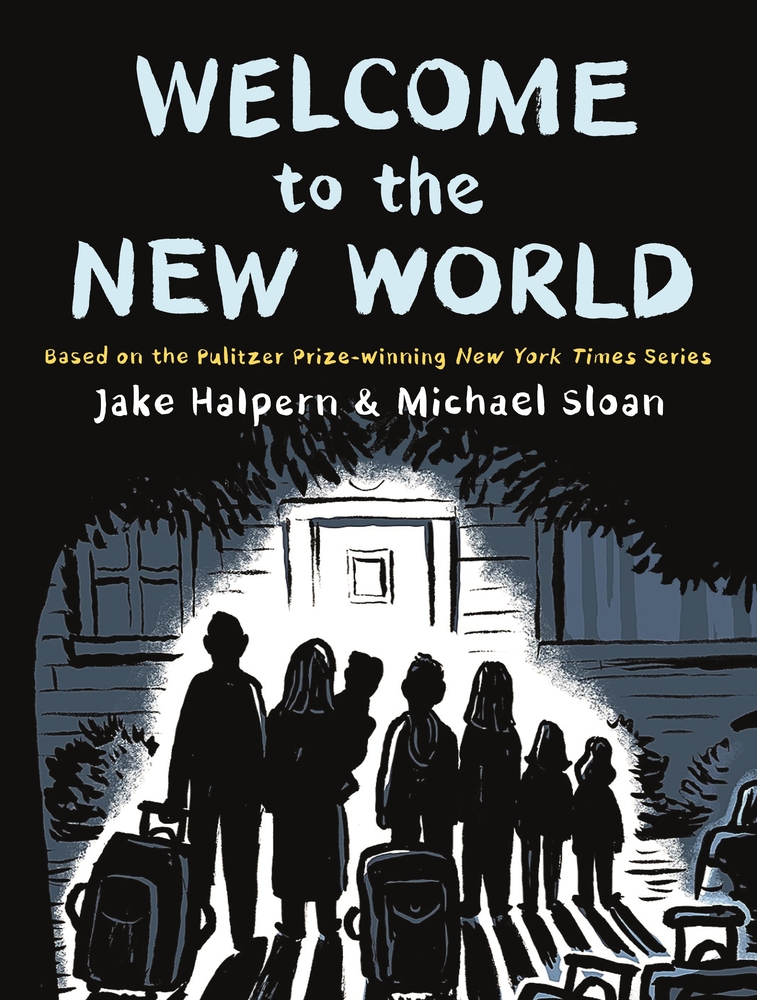 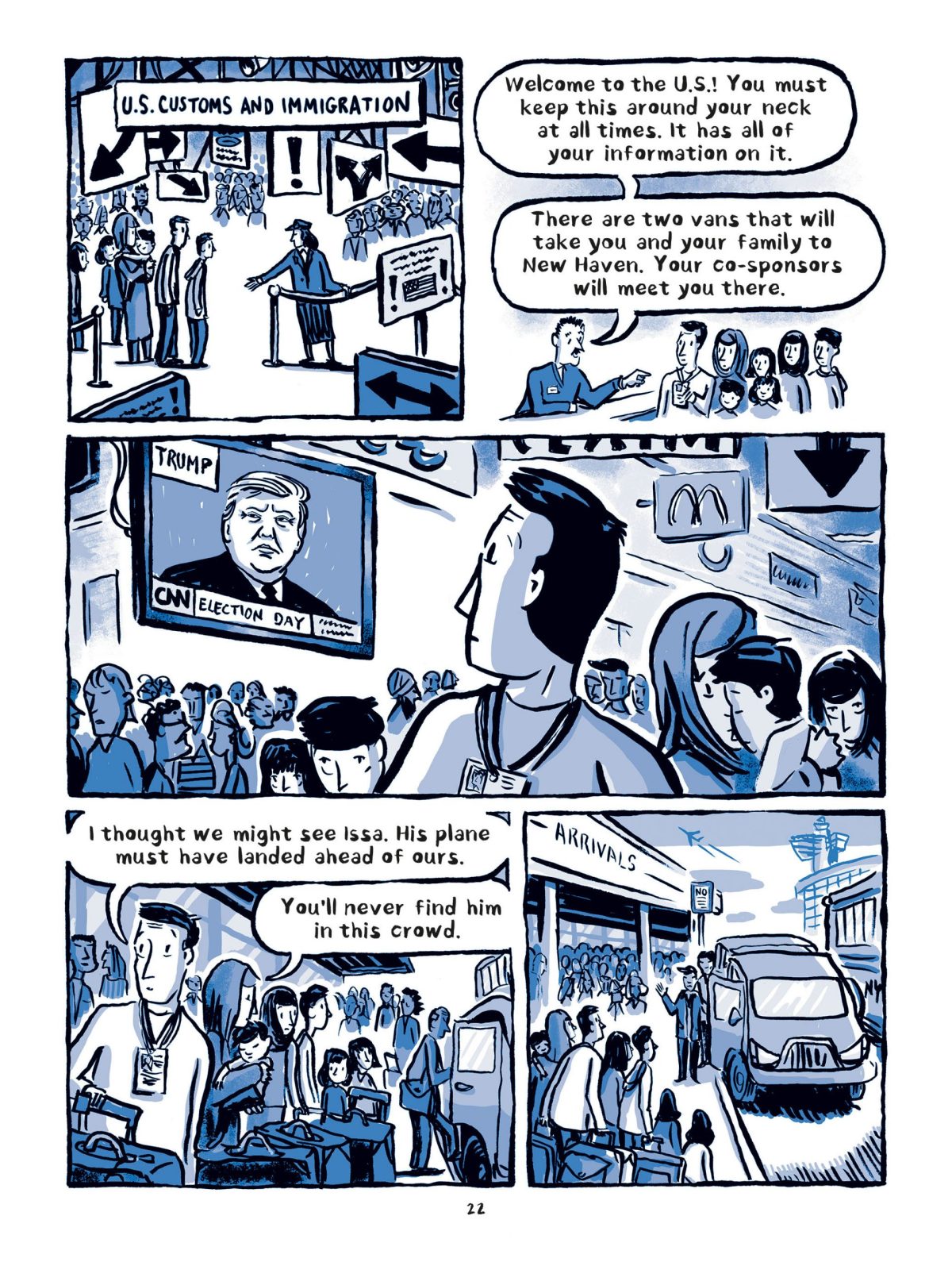 In Welcome to the New World Jake Halpern and Michael Sloan chronicle what is unimaginable for most people born in Europe or North America. They follow the Aldabaan family from their refuge in Jordan through their first few months after being granted visas to live in the USA.

Halpern is a journalist by trade, and after a suggestion from his New York Times editor he met the family only hours after their arrival in the USA, and chronicles their day to day experiences. It’s a mythbusting journey, even for readers who have some understanding of the refugee process and why people need to leave their homeland. In the case of the Aldabaans this is Syria, where their home town of Homs was deemed a rebel hotspot by dictator Bashar al-Assad and brutally attacked with little concern for innocent civilians. Their personal experience of that is only revealed after a few chapters of their settling in their new home.

The primary focus is teenage son Naji, considering himself an adult, but still a child to his parents and by law. He strains against the leash like any boy of fifteen, but despite provocation must ensure nothing he does endangers his family’s status. In the opening pages the contrast between his concerns and his father’s conflicting considerations are well brought out, much of which is down to Sloan’s subtle illustrations. He keeps everything simple for the sake of maximum clarity, but his illustrative skill is apparent in the storytelling and the occasional photo referenced panel, such as the devastation in Homs.

Some bigots will never accept people of other nations or religions, but with so much demonising of Arabic culture and misrepresentation of the help on offer to refugees even reasonable people are misinformed. Halpen and Sloan show the horrors the Aldabaans escaped, and the difficulty anyone would have adjusting to a completely different culture with a new language. There is state support, but that only lasts for four months, and it’s no free ride. Accommodation is found, but it has to be paid for, and a welcome grant of $950 per person doesn’t last long. Menial work is frequently all that’s available even for educated people, and many refugees are dependent on the kindness of strangers when official support expires.

The only slight element of sensationalism concerns the subtitle referencing Donald Trump. He’s mentioned, and the climate he fosters accentuates fear, but the process described was much the same under previous administrations.

While Welcome to the New World is a diligently compiled and worthy graphic novel, that it won a Pulitzer Prize for Editorial Cartooning is perhaps more to do with the original serialisation in the influential New York Times and unfamiliarity with graphic novels. It is good reportage, clear, concise, heartbreaking and heartwarming, showing the best and worst of humanity, but there are a considerable number of graphic novels available achieving the same.