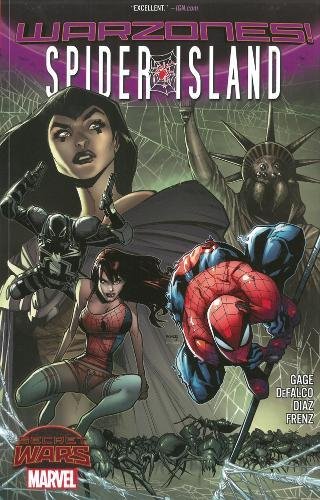 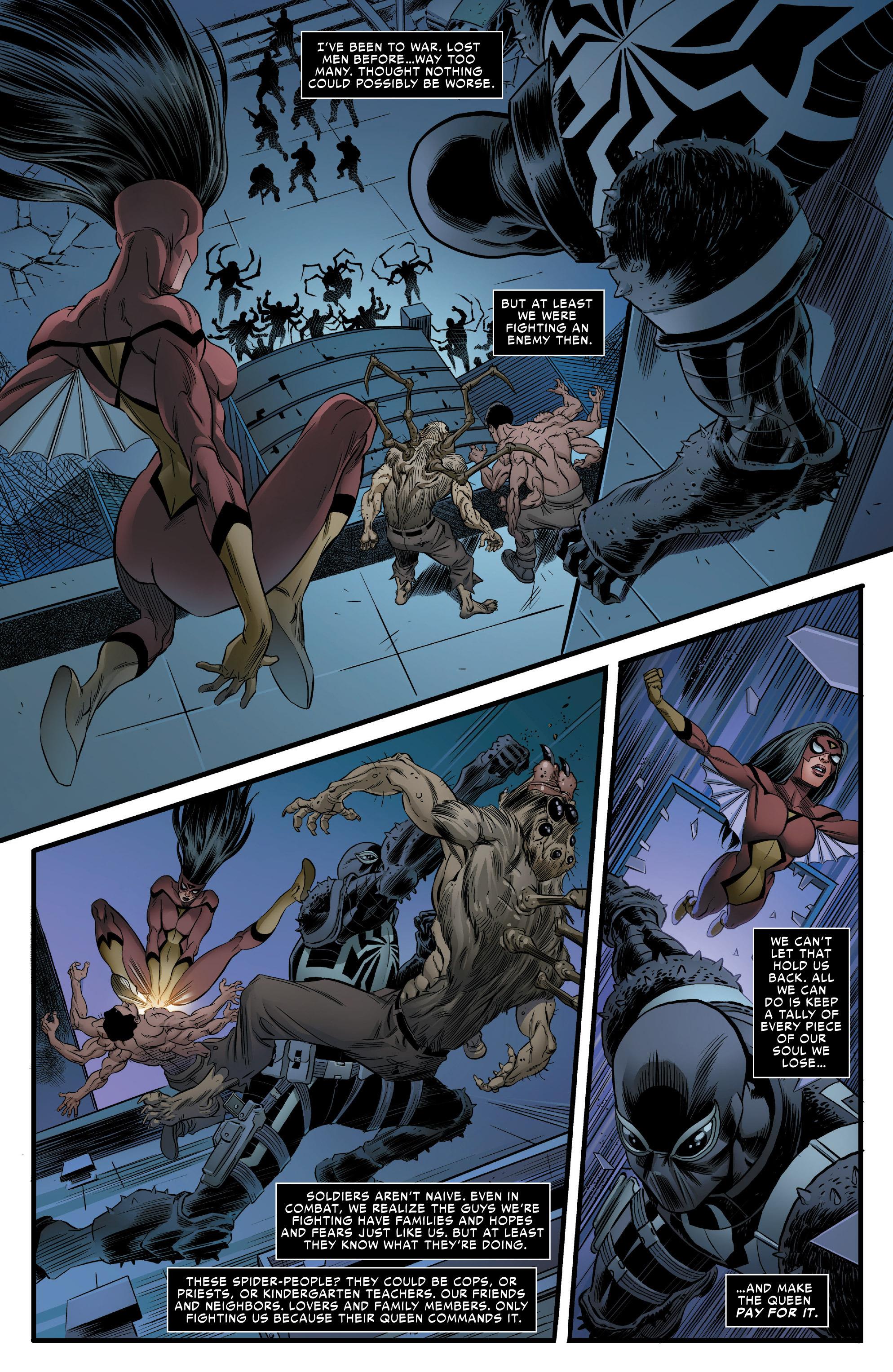 Spider-Island occurred when an experiment gone wrong temporarily gave many Manhattan residents variations of Spider-Man’s powers. This takes the concept a step further by introducing a population of spider creatures. They’re the lucky ones who survived a plague, and only a very few superheroes remain unaffected.

With all respect to Spider-Woman, Venom, the Vision and Werewolf by Night, they’re not the four superheroes anyone would select to have the fate of humanity resting on their shoulders. Yet they prove to be a hardy and adaptable bunch, and the finale to the opening chapter features a well plotted surprise with spider-connections. The result is an expanded team with far more power, and writer Christos Gage making good use of Flash Thompson’s military experience. Gage continues to throw curveballs throughout, although he runs out of steam just before the end, which is overly-melodramatic.

Spider-Island, however, doesn’t sparkle because the layouts produced by Paco Diaz aren’t very engaging. He breaks his panels down into chunks that tell the story, and they don’t lack for full figures (some anatomically unsound), but there’s nothing to grab the imagination. The art is diminished further by colourist Frank D’Armata’s consistently dull choices.