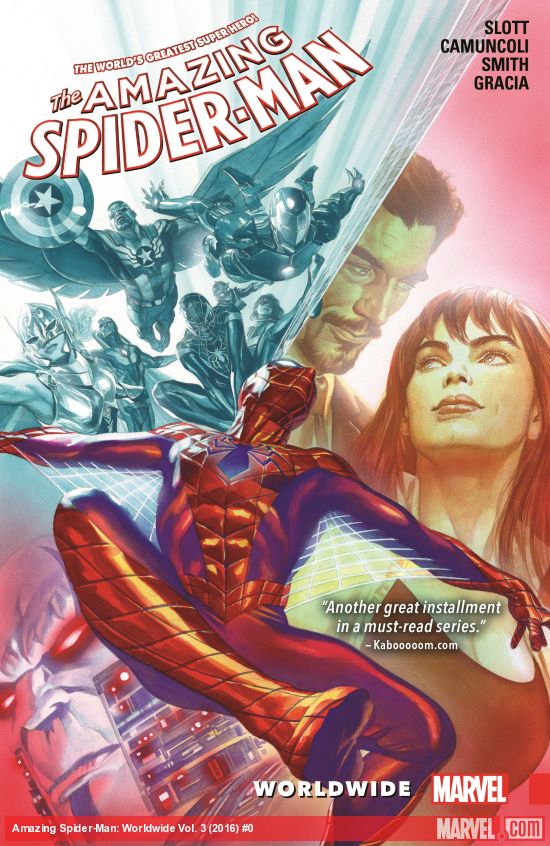 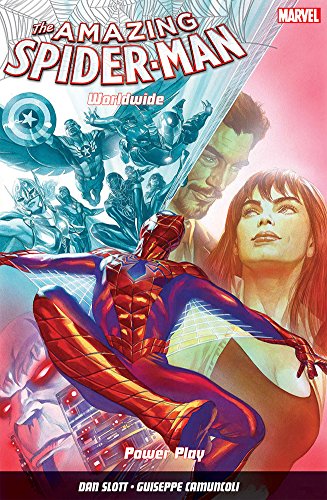 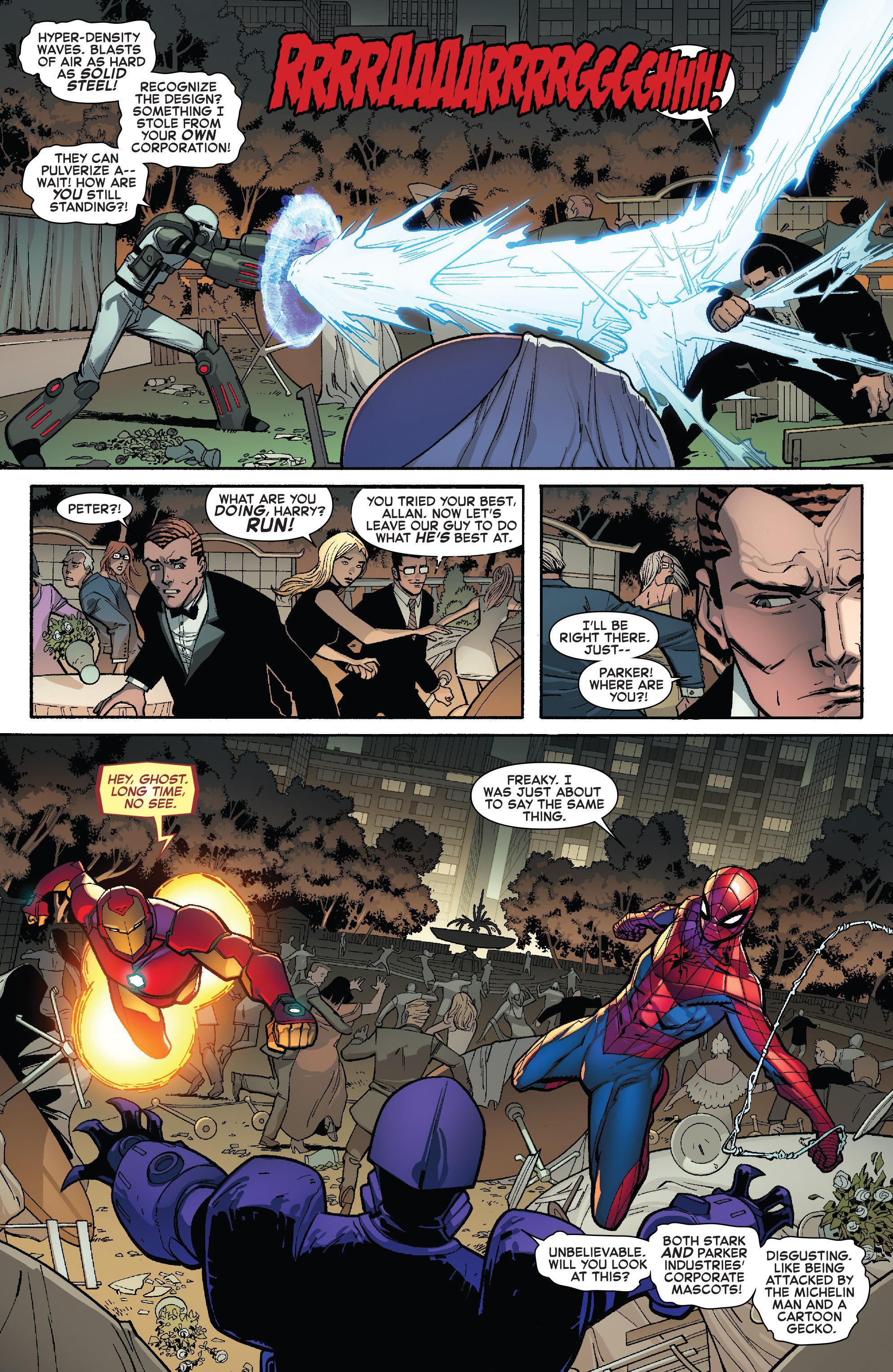 Dan Slott has gone beyond the call of duty to underline the similarities between the company CEO that Peter Parker is now and the template established by Tony Stark. The most obvious in the opening pages is both claiming their superhero alter-egos act as bodyguards to themselves in civvies. It goes downhill from there as Slott appears to be having an off day for the first half of this graphic novel. He characterises Stark as his normal condescending self, but having Spider-Man rise to the bait is a narrative convenience that rings false.

Under normal circumstances a couple of sub-par chapters in a graphic novel wouldn’t be of great concern, but when it’s in a book with an $18 list price for four collected issues and one barely connected reprint from 1985, it diminishes the appeal.

Regent, New York’s newest superhero is eventually the major concern. He has an agenda extending beyond common superheroics, and is particularly intolerant when the public is endangered by the actions of carelessly employed super powers. Such as when Iron Man and Spider-Man have at each other. Slott escalates matters, first featuring the Miles Morales Spider-Man, then the remainder of the Avengers (2016 iteration). It leads to quite the tense finale, and that is worth reading. Giuseppe Camuncoli knocks himself out on the art and it seems there’s going to be quite the heartwarming coda as a few priorities are straightened out.

The 1985 reprint is there to pad out the book on the slim connection of Mary Jane Watson’s presence in the present day events. Louise Simonson’s plot has her mistaken as Spider-Man’s civilian identity, which in context isn’t as daft as it may sound, and Mary Wilshire’s art is very nice indeed. As the page count needed to fill an annual, though, the plot’s extended rather too far. It can also be located along with other material in which MJ prominently features in the Mary Jane/Spider-Man collection.

Christos Gage again dialogues some material, and for all that it’s not Slott on top form, he’s better than most superhero writers, so it still works out as about average. Shame about the price. 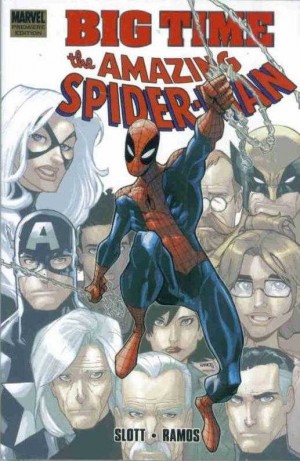