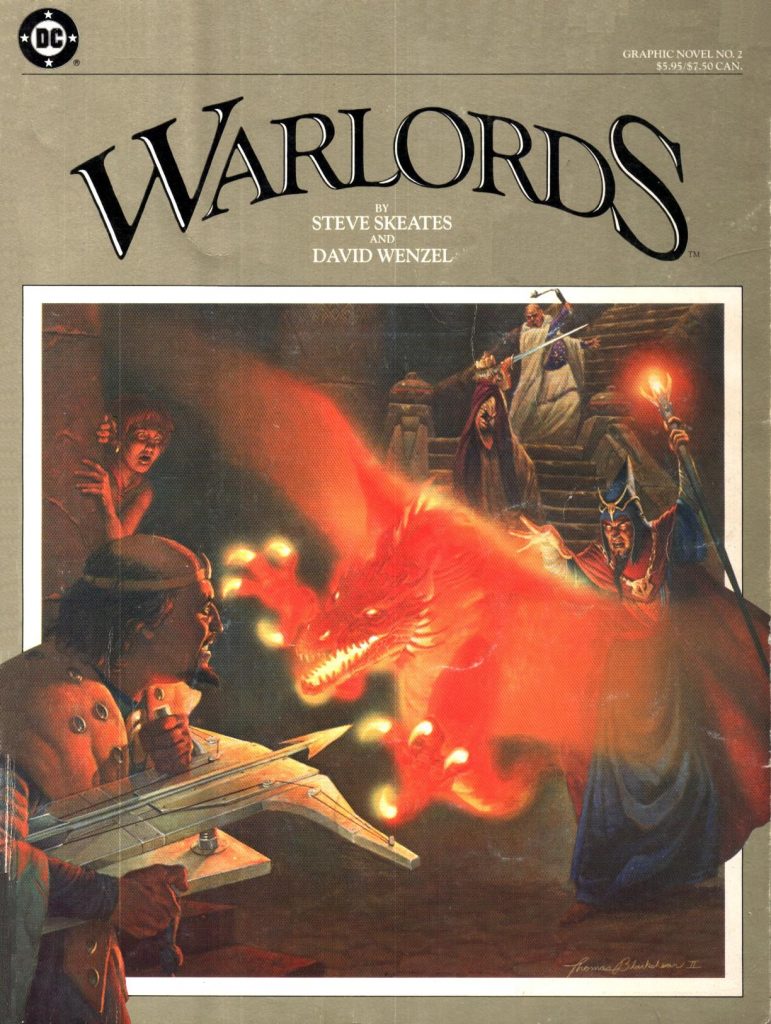 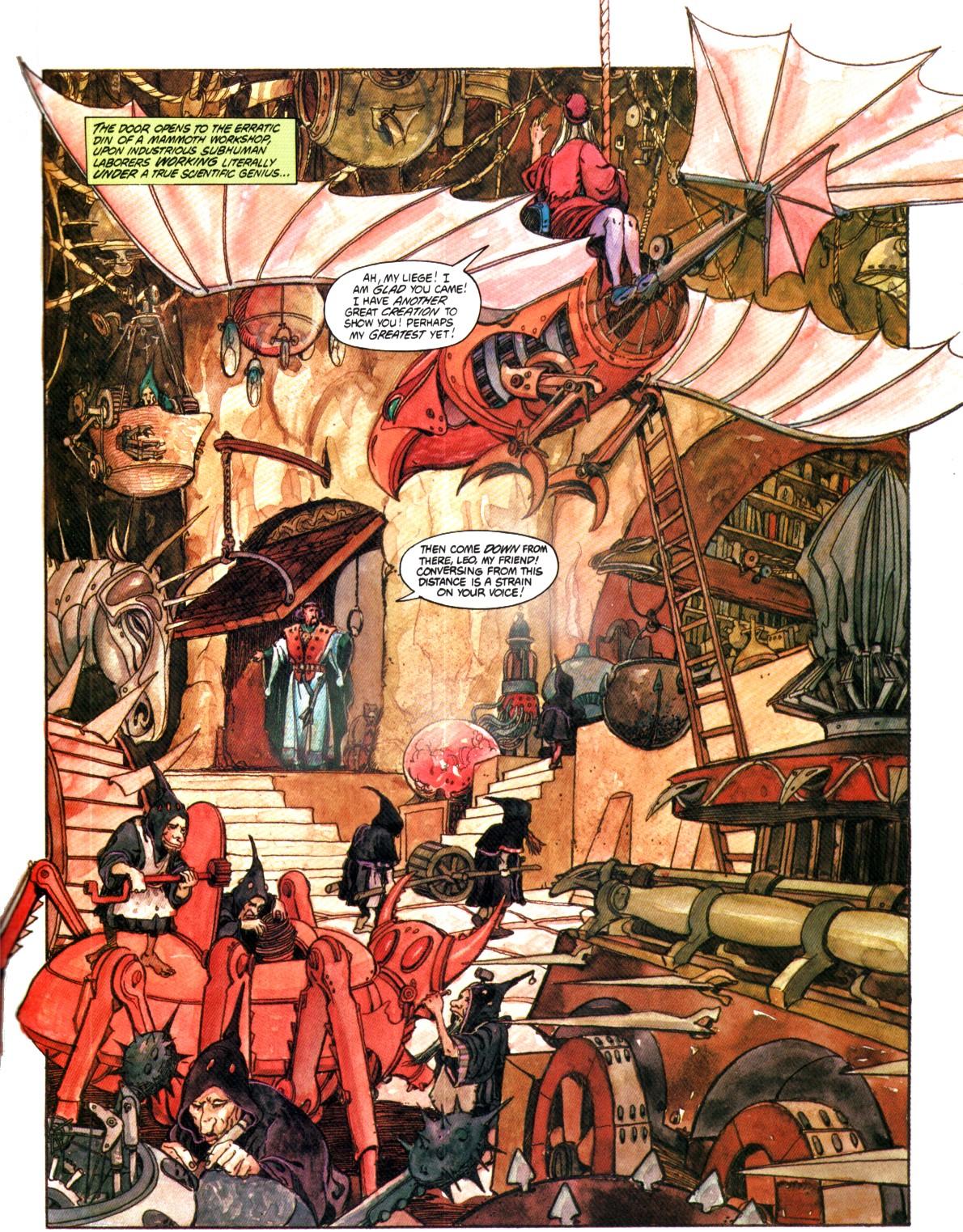 Dwayne the Troll is a stock fantasy character, small of stature, yet wily and living on his wits and trickery as his betters see him as no threat. It’s just as well, since Dwayne lives on a world divided into four kingdoms, each ruled by one of four brothers, and in turn they all consider the world would be better under their complete control. Restivo has a scientist, one Leo Nardo, creating robots on his behalf, while Marcus is a sorcerer, Dominic rules his kingdom via religious repression and Philipe is a little more complex. At face value he’s well intentioned and his reason for uniting the kingdoms is to ensure peace, but can he be trusted? A further wild card is Bertram, a simple giant of a man who turns up at either convenient or inconvenient moments for Dwayne.

Steve Skeates is hardly stretching himself with what’s Fantasy 101, but he nonetheless intrigues with the kingdoms, personalities and situations he sets up. Adopting a 21st century viewpoint, it’s astounding how rapidly events move, introduction, main plot and conclusion all compressed into just over sixty pages. That was the brief for DC’s earliest graphic novel line, but despite there being little original, the characters and situations would have presented a better story with space for further exploration. As it is, the core situation has barely been established before it’s concluded.

That’s not to say Warlords isn’t worth your time today. After a less than successful attempt to draw superheroes, Dave Wenzel had located his artistic niche and produces page after page of either menacing or appealing characters, well designed locations and downright charming storytelling. He works well with detail, each of the cast distinguished, and their surroundings worth lingering over. After his earlier false start, this was Wenzel’s calling realised, and a successful career in book illustration followed. The rare occasions he’s drawn a graphic novel since have all been notable.