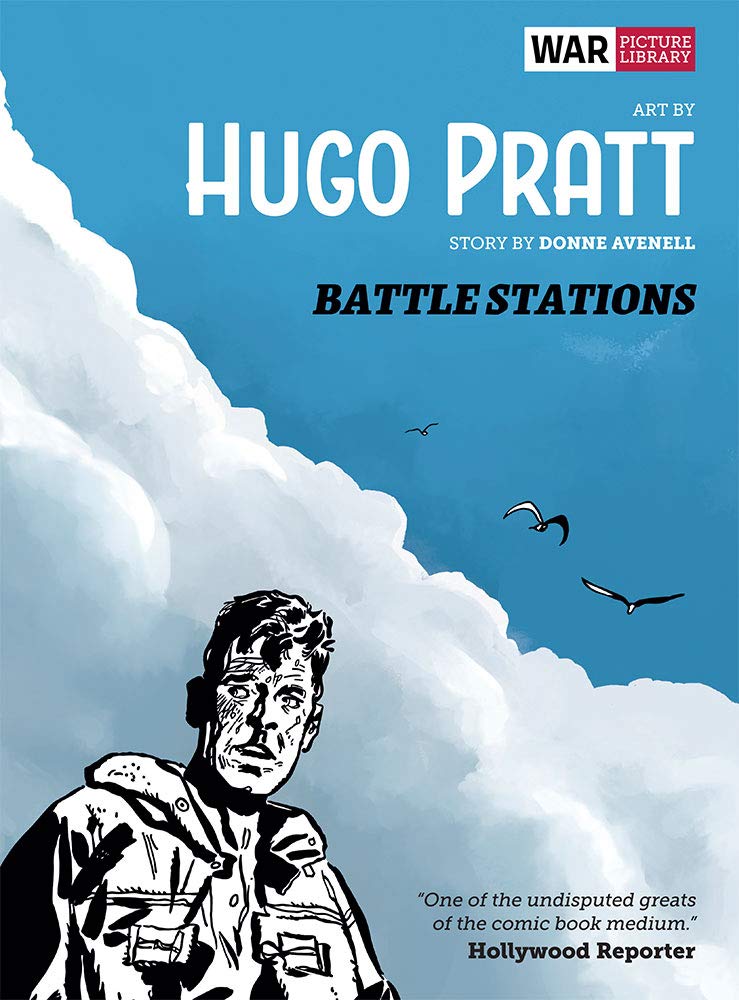 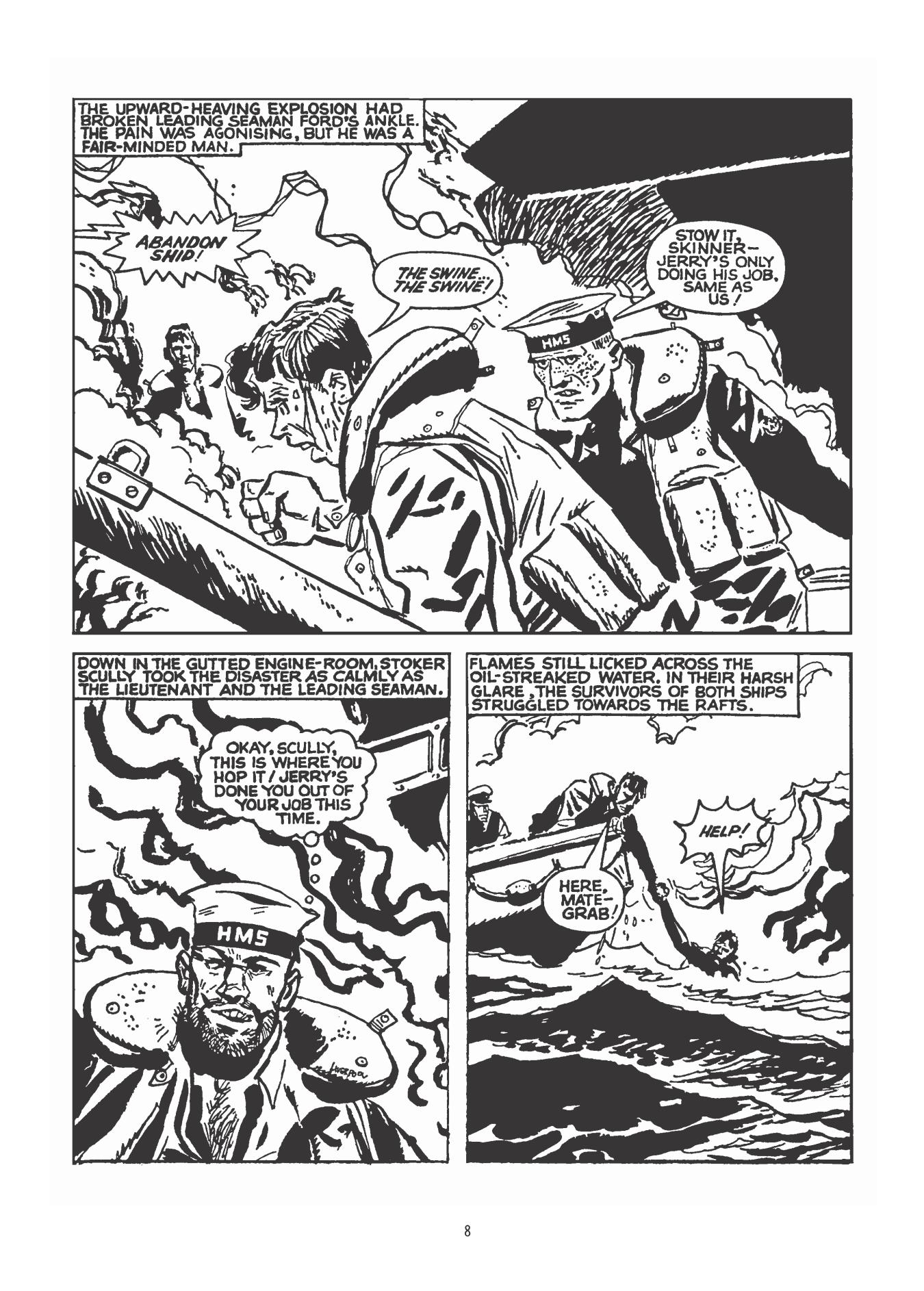 It’s a rare graphic novel where the creator’s name dwarfs the title, but that’s an indication of how highly Hugo Pratt is regarded. However, before Corto Maltese cemented his reputation he was very much the freelancer for hire, travelling the world, picking up work wherever he stayed, and the result of a year living in London was a dozen war stories for digest comics. Given the global market for Pratt’s art, it’s astounding that it’s taken so long to re-present his work for Battle Picture Library as a series of graphic novels.

During World War II Lieutenant Rayner, Seaman Ford and Stoker Scully are the only three survivors when their battleship is scuttled by a German submarine in the Atlantic. They’re enraged by the Germans breaking all moral conventions and killing the survivors in their life rafts, the trio named being the only survivors. They make it to shore in Miami and from there back to Britain where they all sign on with a new warship, the aptly named H.M.S. Vengeful. As was convention in the digest comics, as well as a representational cover painting, the splash page would focus on a key moment from the story that followed, and it shows three British seamen clinging to a raft and three Germans from a different sunken vessel swimming toward them, also expecting sanctuary.

It’s a moment of high drama from writer Donne Avenell, as the youngsters of the day could piece together the likely events leading to that scene as the story unfolded. Avenell would become better known for his subsequent newspaper strips, but began his career writing stories about a war he served in as a young navy telegraph operator. It must have been very fresh in his mind as he wrote Battle Stations in his late twenties.

Anyone looking for the distinctive style Pratt used on Corto Maltese will find only signs of it emerging here. Despite a career stretching back almost twenty years when he drew Battle Stations, his signature style was just developing. It’s there in some blocky figures, the rough lines and the sometimes abstracted backgrounds, but also present is the strong influence of American adventure strip artists like Milt Caniff and Frank Robbins, particularly their method of shading. It’s decent art, and it’s distinctive art, but there’s no pretending it’s the Pratt of the 1970s onward. One thing that was consistent over the years was Pratt’s respect for technology, and that’s apparent in the careful way he draws the boats and their fittings.

That being the case, it’s the writing that surprises. Having disclosed the emotional centrepiece at the beginning, Avenell twists the desire for revenge in a surprisingly humane direction. There’s a lack of judgement about his writing, and while there’s action until the final pages, the source of it is unconventional.

Battle Stations was reprinted in 1975, and the back pages feature a comparison as to how the story was altered, largely by other artists, to fit the needs of advertising and page count. Further Pratt volumes are planned, beginning with Battler Britton.