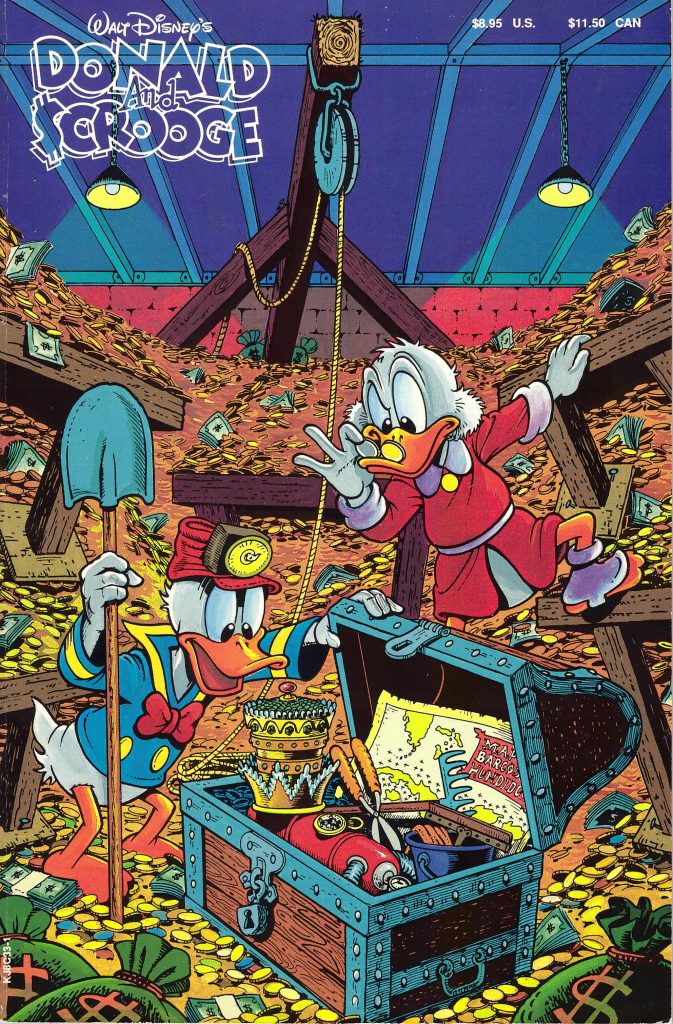 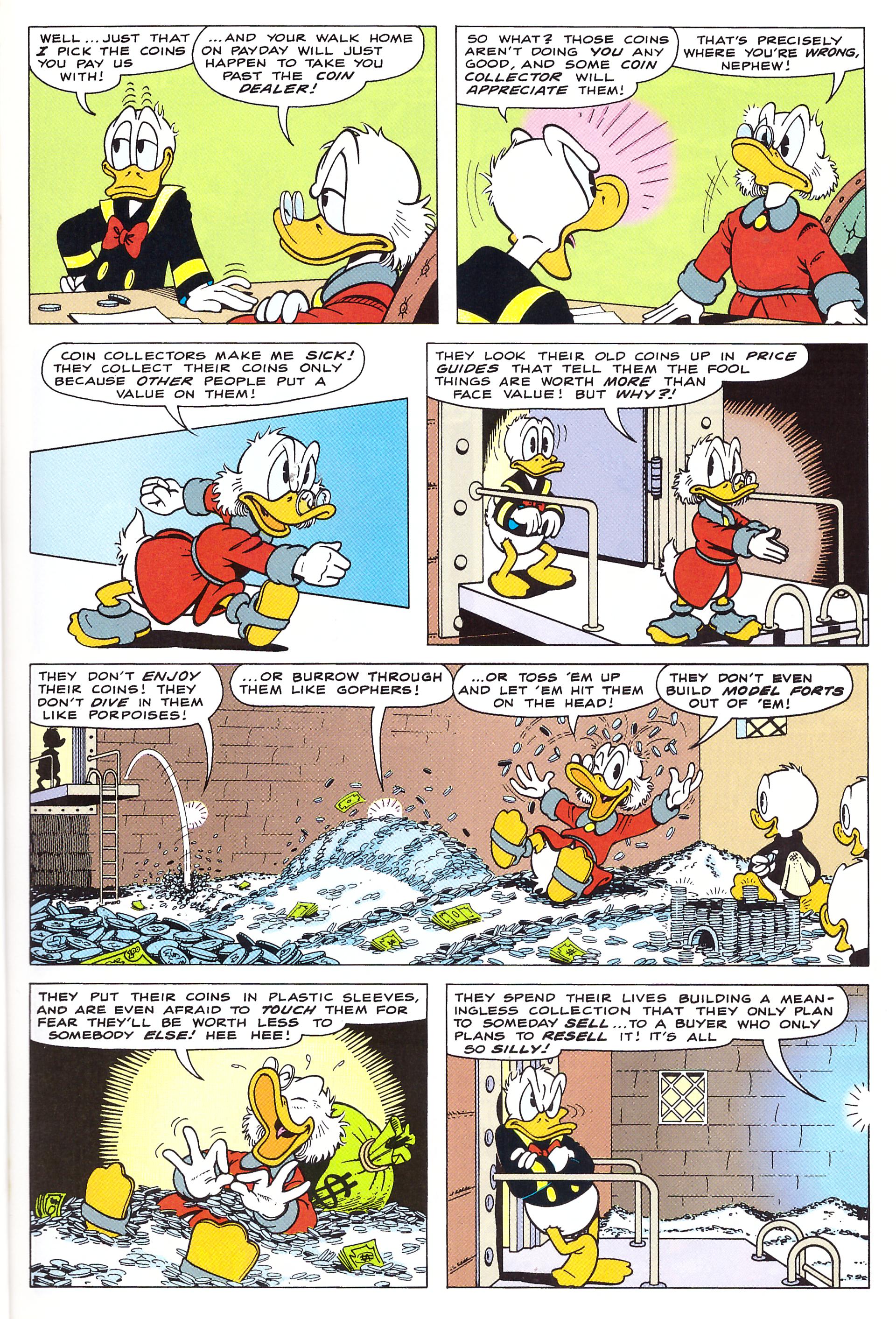 Don Rosa’s excellent duck stories have been ill served by English language collections until the 21st century Fantagraphics hardcovers, but that quality comes at a price, and anyone wanting to sample Rosa’s work before making that investment is directed to used copies of Donald and Scrooge. It was produced during the few years during the 1990s when Disney ran their own comics publishing outfit, and includes two long adventure stories and four gag packed shorts providing a worthwhile glimpse at Rosa’s repertoire.

The absolute stone cold gem is ‘Return to Xanadu’, in which Rosa fools readers familiar with the work of Carl Barks into thinking they’re getting a sequel to one story, when in fact he’s following up on another. It’s a nice piece of trickery that would count for nothing if Rosa didn’t also provide a cracking adventure with some wonderful jokes and a strong ethical message as Scrooge once again takes his nephews in search of treasure in an exotic location. That’s much the same basic template for ‘Treasure Under Glass’, with the added problem to be solved of how to retrieve fragile documents from a ship long sunk at the bottom of the ocean. Rosa’s solution is fantastic, and prompts many of the story devices after it’s introduced.

In his notes to the hardcover books Rosa consistently comments how difficult he found it to combine the plot and gag ratio required for shorter stories, but you’d not know it from the selection here. In ‘The Money Pit’ Rosa comments on collectors as Donald comes up with a money making scheme by selling rare coins found deep in Scrooge’s money bin. The ability of the Beagle Boys to stop time around them is the core of ‘On Stolen Time’, which in story terms enables some inventive jokes, not least the Beagle Boys escaping via climbing up into the sky over a flock of frozen birds. The final two strips follow a theme used by Barks, whereby Donald Duck somehow masters a technique or trade, proves his genius, but is then undone by hubris. In one tale his reputation as a landscape gardener has seen him employed by the wealthy of Duckburg to impress their friends, and in the other he’s a window cleaner fearless enough to tackle Duckburg’s tallest skyscraper. That’s just an excuse for him to fall from top bottom in stages, on each occasion saved in an improbably funny manner.

Elsewhere Rosa’s notoriously hard on his artwork, but there’s so much to admire about these pages. The ducks are beautifully characterised via pose and expression, the panels are packed with small background gags, the jokes are very well staged, and the storytelling is impeccable. Rosa learned an awful lot from Barks, but is more his own man than he sometimes appears to think. A back page article offers his brief thoughts on each of the stories.

Almost all the strips are in the hardcover Treasure Under Glass, with ‘The Money Pit’ located in Return to Plain Awful.