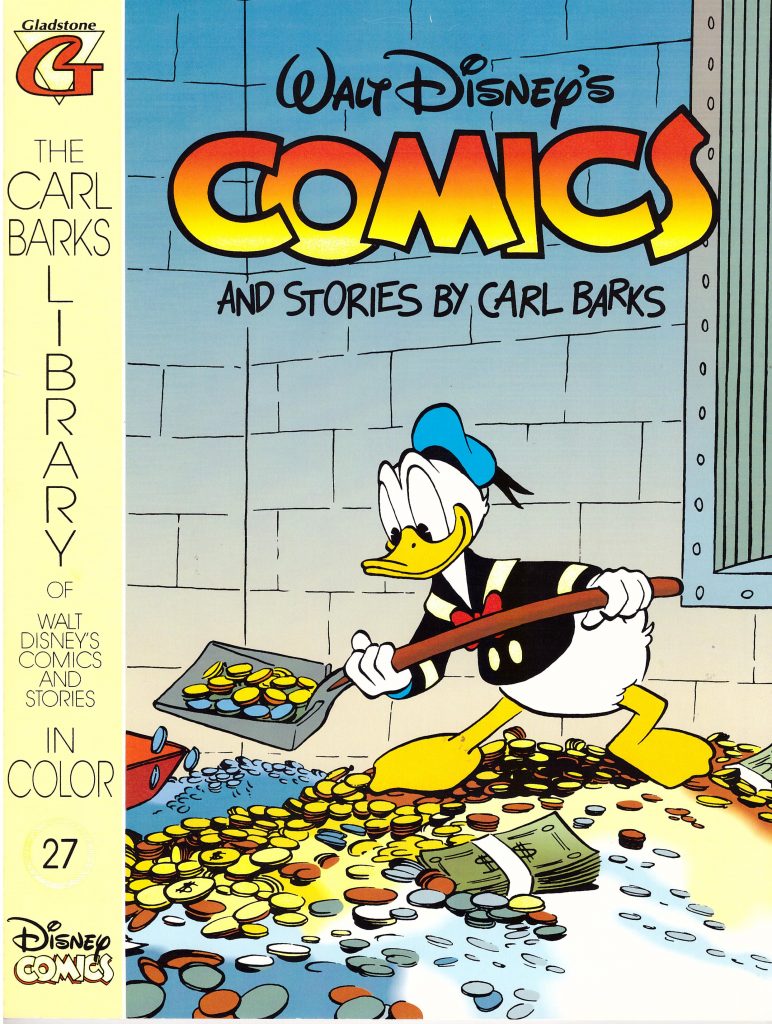 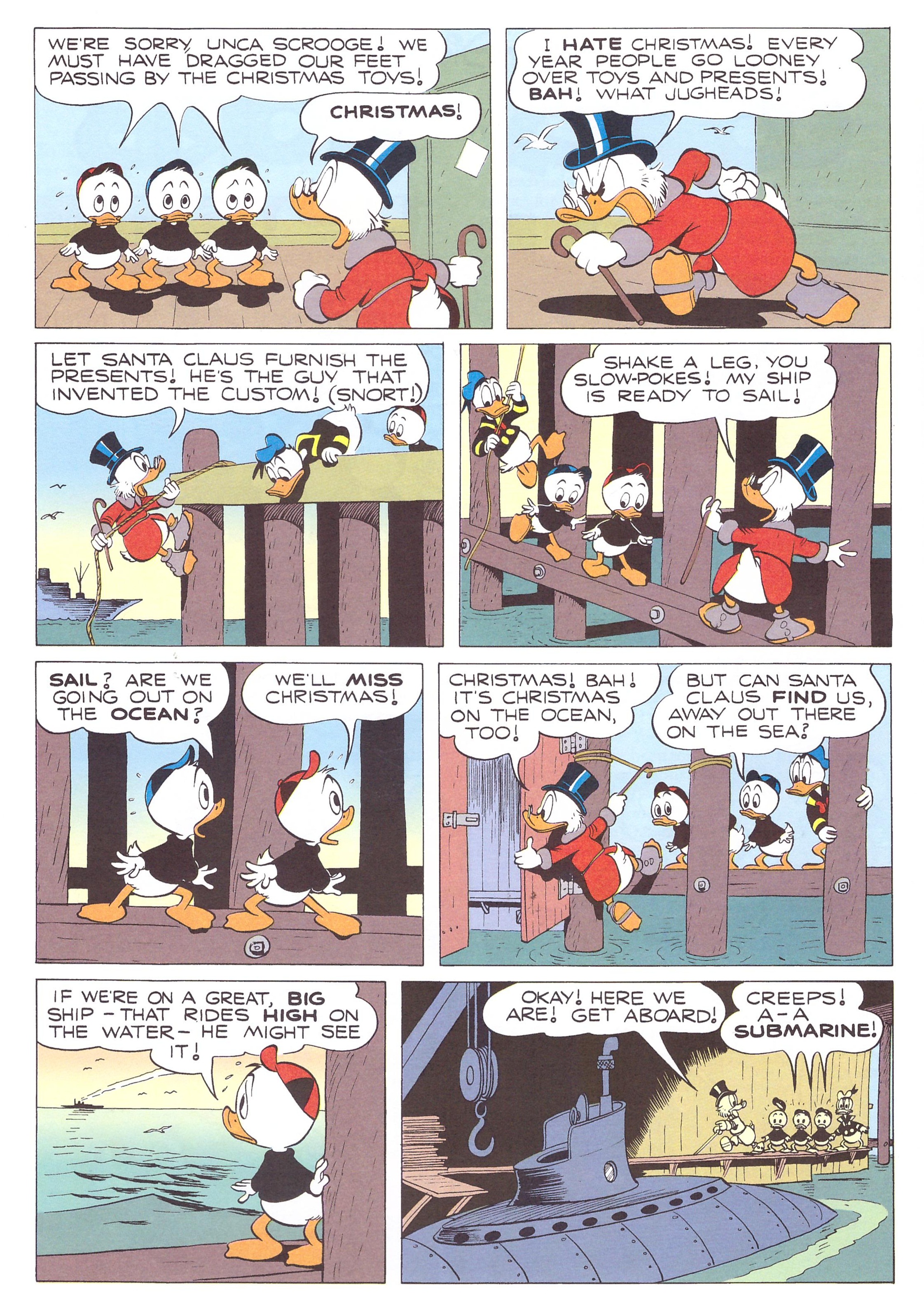 An article placed among these five stories concerns Carl Barks’ correspondence, in which he notes that 99% of genius is plain hard work. That may be the case, but he makes it look so effortless.

By Barks’ standards the opening story is a relatively simple affair, dependent on the exaggeration of ants being able to eat through anything in double quick time, but the pacing and the timing of the gags is fantastic. Despite the story featuring a lot of ants, Barks very rarely has to draw them, a swarm of black dots generating the necessary threat. The sample page from the following story is pure Barks. The purpose of it is to fit Scrooge’s rant about Christmas while also taking the ducks from the pier to the submarine Scrooge has waiting, but look at the ridiculous route, which is Barks’ solution to filling enough panels to encompass everything Scrooge considers wrong with Christmas. That, of course, boils down to the spending of money.

It’s possible over and over again to take the starting point of these ten page stories Barks produced in the 1950s, realise where he’s got to take the story by the end and still be amazed about the compact nature of arriving there. That’s not to suggest any form of short-changing. These are dense plots over eighty or less panels, packing a lot in. Barks’ strong ethics are again apparent. A reason Scrooge objects to Christmas is that the gifts are unearned, as he seems to neglect the entire naughty or nice reasoning, and his presents are delivered by his own hard work. Likewise as soon as Donald begins to conceive jiggery pokery in a Barks story, it’s inevitable he’ll receive come-uppance by the finish. When Huey, Dewey and Louie say they’ll wash the dishes for an entire month as a pledge of sincerity regarding their new year resolution never to be late for school, Donald’s reluctant to make his own forfeit should he lose his temper, and immediately starts considering how he can trick the boys. It’s been some while in these stories that Barks has allowed Donald a truly momentous eruption, but that ethical code cuts both ways, and once tricked, Huey, Dewey and Louie become equally devious.

The final strip is the weakest. The usually tight logic is absent, leading to a contrived plot, it includes elements Barks has used previously, Donald becoming a mail man for starters, and it’s the third in this selection of five that unruly animals cause havoc. That last quibble would have been redundant in 1955 when stories weren’t gathered for republication, and young minds would probably have forgotten the last animal running riot from three months previously. The plot might not be Barks’ best, but the cartooning is superbly economical.