Walt Disney’s Comics and Stories by Carl Barks No. 23 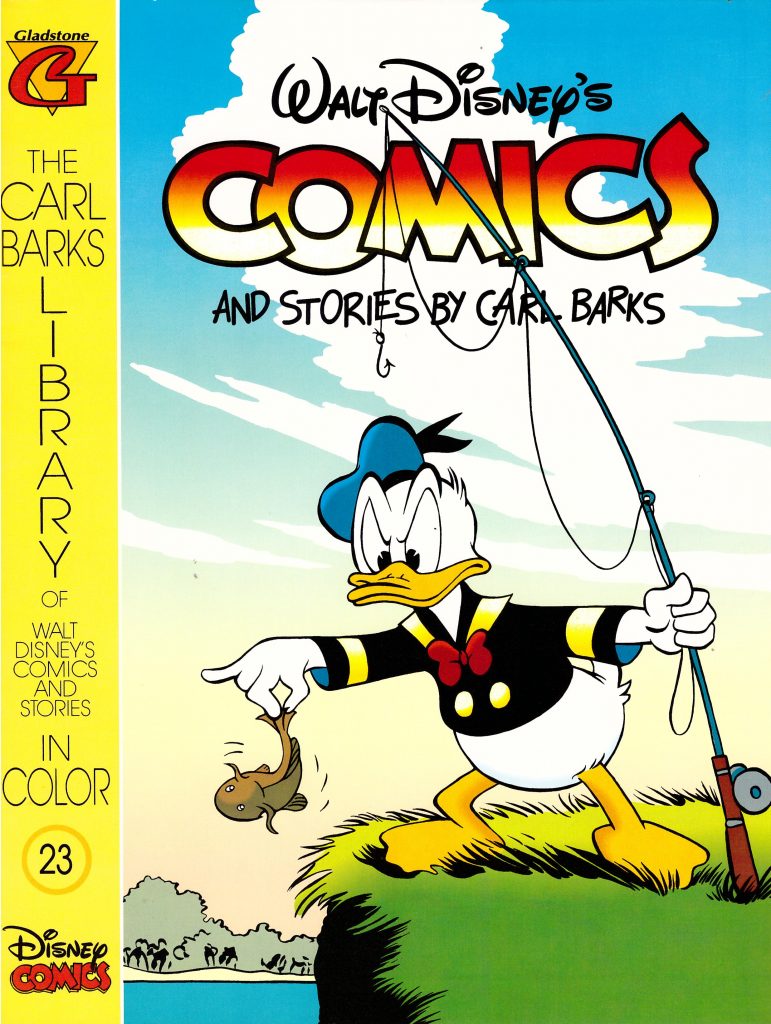 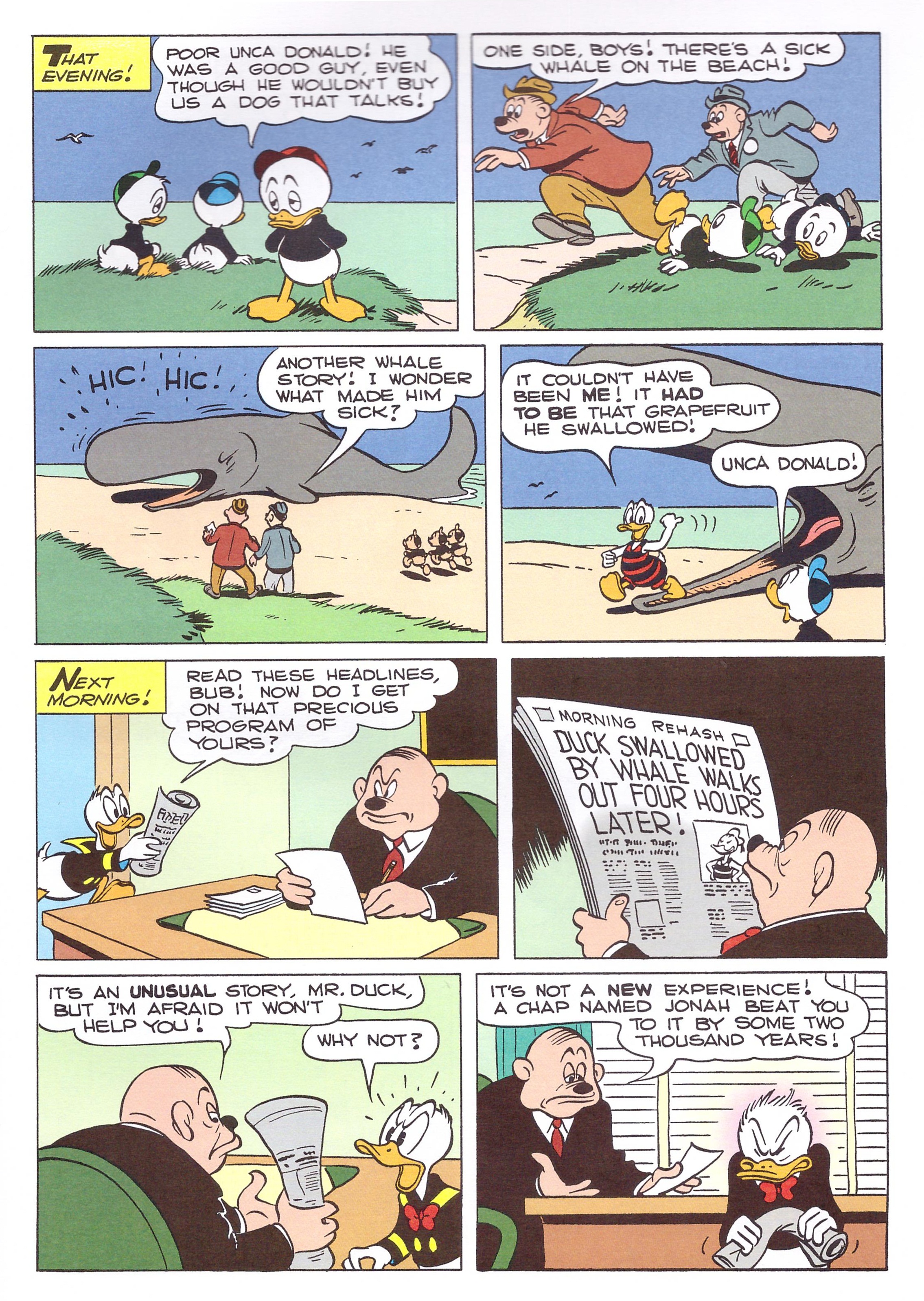 It’s noticeable that throughout his long career Carl Barks returned to themes or plots he’d previously used, which is no slur on his talent. The belief among the comic editors back in the day was that the period any child spent reading comics was roughly three years, so had the work of other creators stood the test of time so well, similar repetition would be evident. The open ten pager here sees Donald Duck again seeking employment delivering mail. Barks’ earlier workout on the theme presented gags around a hermit reluctant to have a letter delivered countered by Donald’s determination to fulfil his duty. This concerns the same conscientious work ethic, to begin with at least. It’s a better story for being fused with the additional clever emotional drama of the letter to be delivered in appalling conditions being a Valentine card sent to Daisy by Gladstone Gander. Will Donald’s resolve hold?

Donald’s second job in this collection is as an Estate Agent attempting to sell the run down property used as a club house by Huey, Dewey and Louie. It’s more their story as they play a succession of pranks attempting to prevent the sale. Barks’ curmudgeonly side manifests in another story as he satirises TV quiz shows, with Donald indulging in a series of ever more ridiculous stunts in the hopes of participating. The ending’s not the best, but the plot services some great visuals as per the sample page.

There’s no Uncle Scrooge in these five stories (although plenty of him in volume 24), but both Gladstone and Gyro Gearloose appear twice, each once as the background element to a story and once with more prominent role. The cover story again pits Donald against nature, where he’s guaranteed to come off second best. His fishing technique isn’t producing results, so he turns to Gyro’s breed of super worms, who literally drag the fish to shore, which doesn’t go down well with other fishermen. It may have provided a decent cover image, but it’s the slightest of the stories here. The best of them has Donald and Gladstone competing for the honour of leading the Easter Parade for children that Daisy’s organising. The victor has to be elected by the children themselves, and by the stage in his career the story must have almost written itself for Barks, with increasingly underhand tactics employed, and the spectre of Gladstone’s supernatural luck hanging over proceedings.