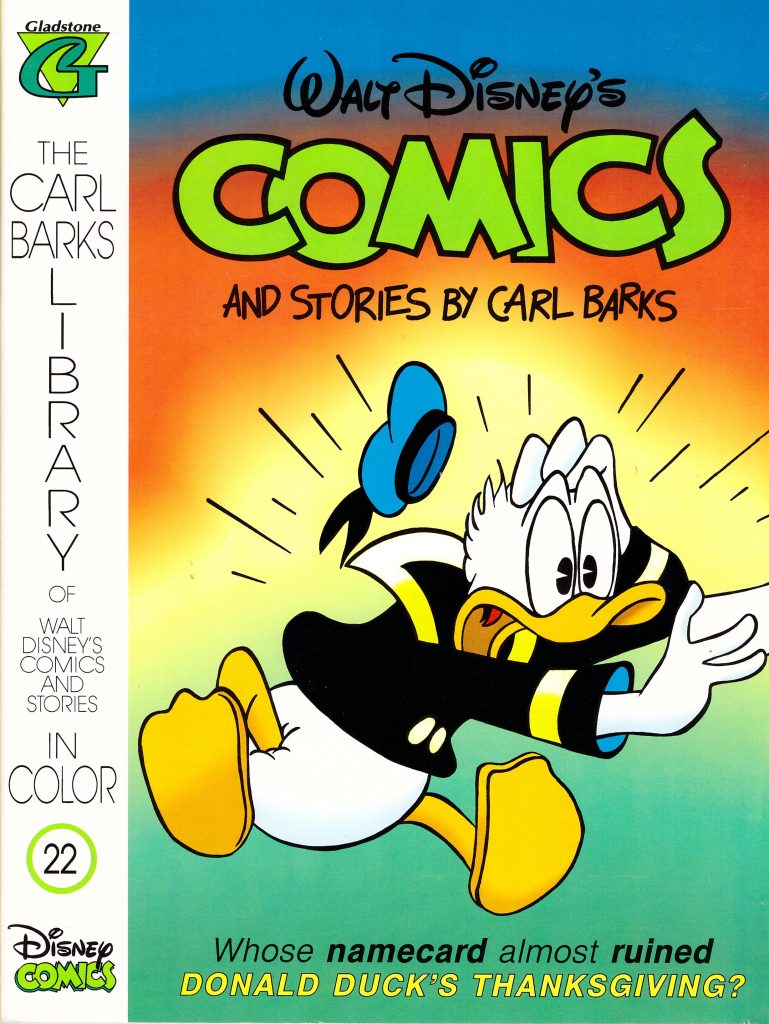 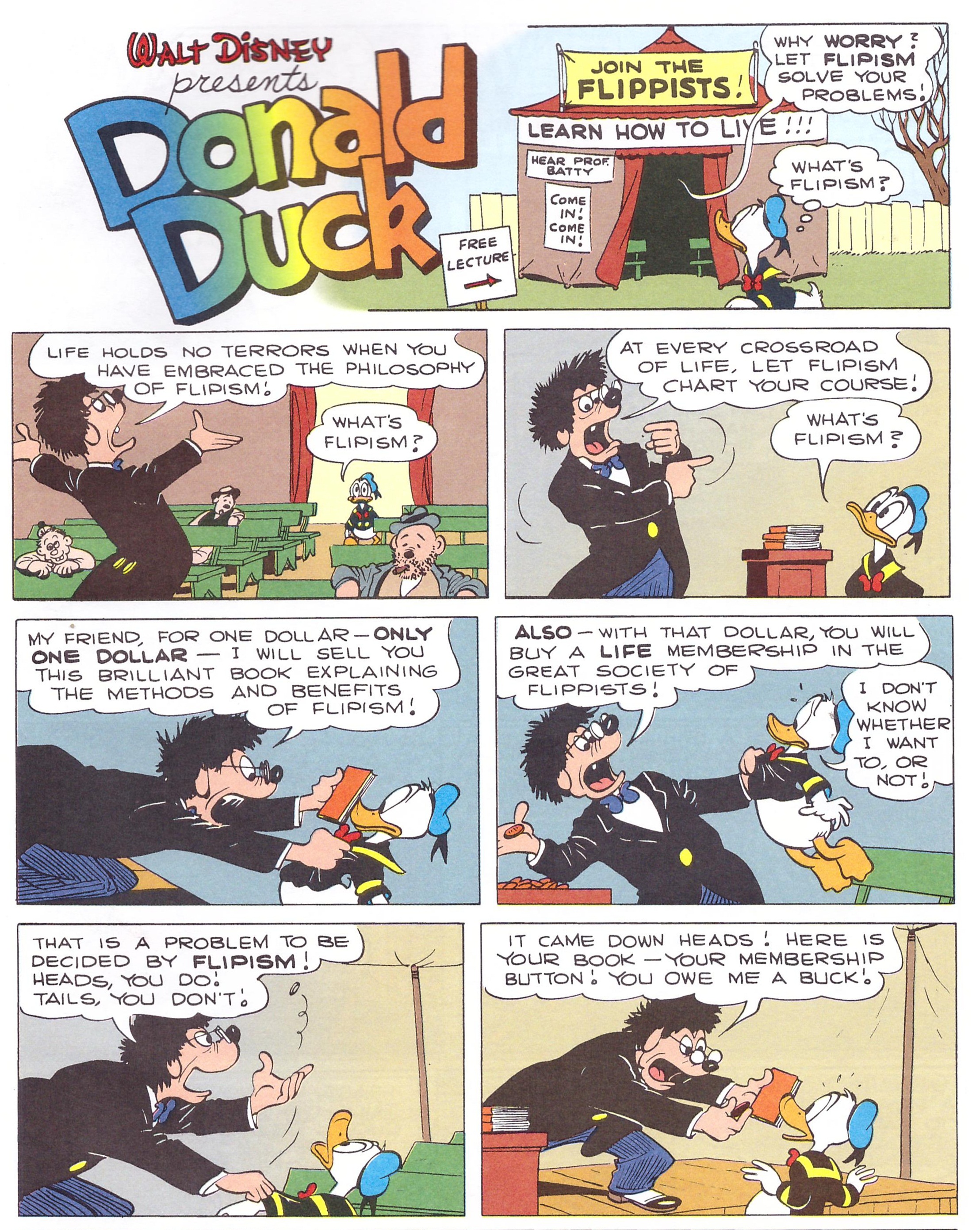 Almost two decades before The Dice Man, Carl Barks invented the philosophy of Flipism, where the possible pain of any awkward decision can be circumvented by denying responsibility and flipping a coin. Truth be told, having come up with the excellent satirical device, Barks doesn’t really know where to take his plot, and while conceiving situations where flipping a coin is of little use, ends up condemning his own frippery.

The cover illustration is the exact point when Donald Duck learns he’ll be feeding his cousin Gladstone Gander at Thanksgiving, having offered to be a host at Daisy’s charity event. Outraged at having to provide a meal for his sponging cousin, Donald attempts to connive his way out of the deal. It’s interesting to watch Barks at work employing two viewpoints, neither of which are in accord with the strict moral code he applied. While getting plenty of plot mileage from Gladstone’s outrageous luck during the 1950s, it wasn’t a value system Barks subscribed to, yet neither did he believe in people going back on their word. It was seemingly an occasion where the ending prompted the moral decision as well in what’s a gag-packed rush.

At Christmas 1952 it was Donald attempting to sponge a free meal from Uncle Scrooge, and late on there’s a brilliant awkward tension generated by two men doing all within their power to avoid settling a bill. Of course, Scrooge has decades of experience when it comes to keeping hold of his money, so the outcome’s never in doubt. In the book’s first story, however, he’s in particularly generous mood when it comes to Donald’s foolishness with a hypno-gun. This, however, is another story where Barks introduces an interesting device, but doesn’t really have any great ideas to follow it up. The result is a lot of animation style physical gags, well choreographed, but not resulting in a memorable story.

Barks really shifts into whimsical mode for the remaining piece in which Scrooge finds the ideal location to set up an egg farm, and employs Donald and nephews to run it. This has predictable consequences, but Barks inflates the plot beautifully, starting with the ducks irritating the local population and ramping the tensions up from there. It’s a finely plotted piece, but the main action only requires just over eight of the ten page allocation. Rather than messing with his delicately balanced plot, Barks includes a framing sequence of the ducks revisiting the town, which works very well. When asked to select a favourite from his short stories, Barks mentioned this tale.

After the gems of the previous book, the quality has slipped a little in volume 22, but as ever with Barks’ work this has to be rated against his own high standards. Had the lesser strips been produced by other hands they’d rate as impeccably drawn material.