Walt Disney’s Comics and Stories by Carl Barks No. 4 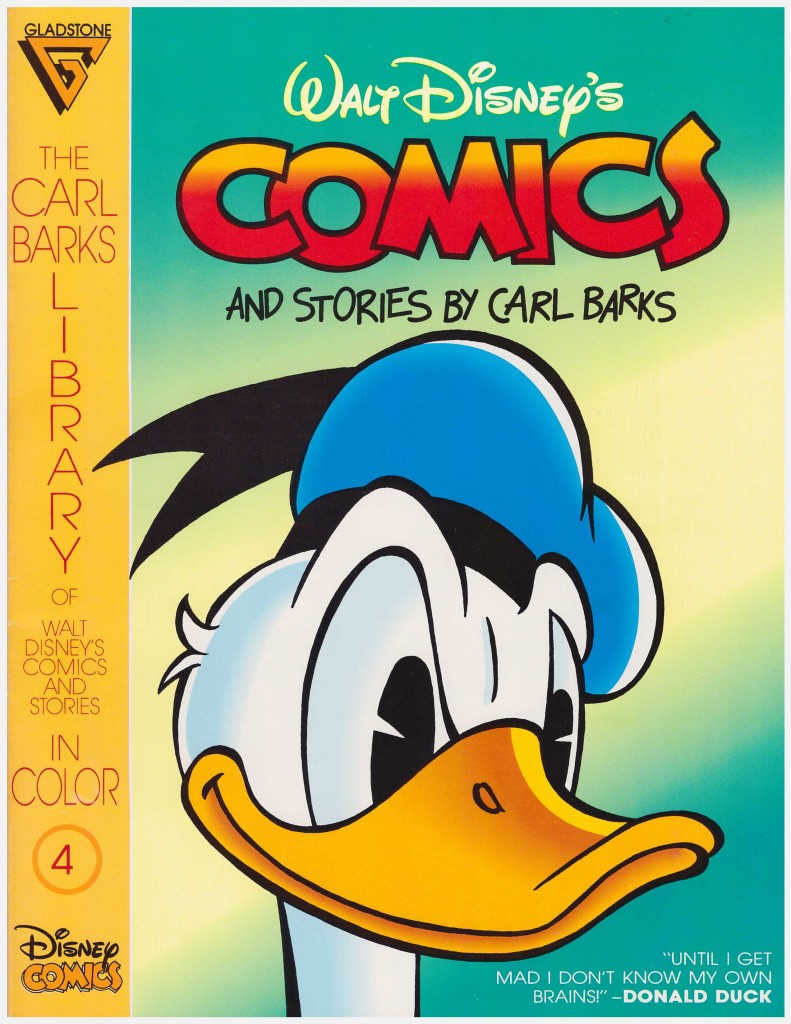 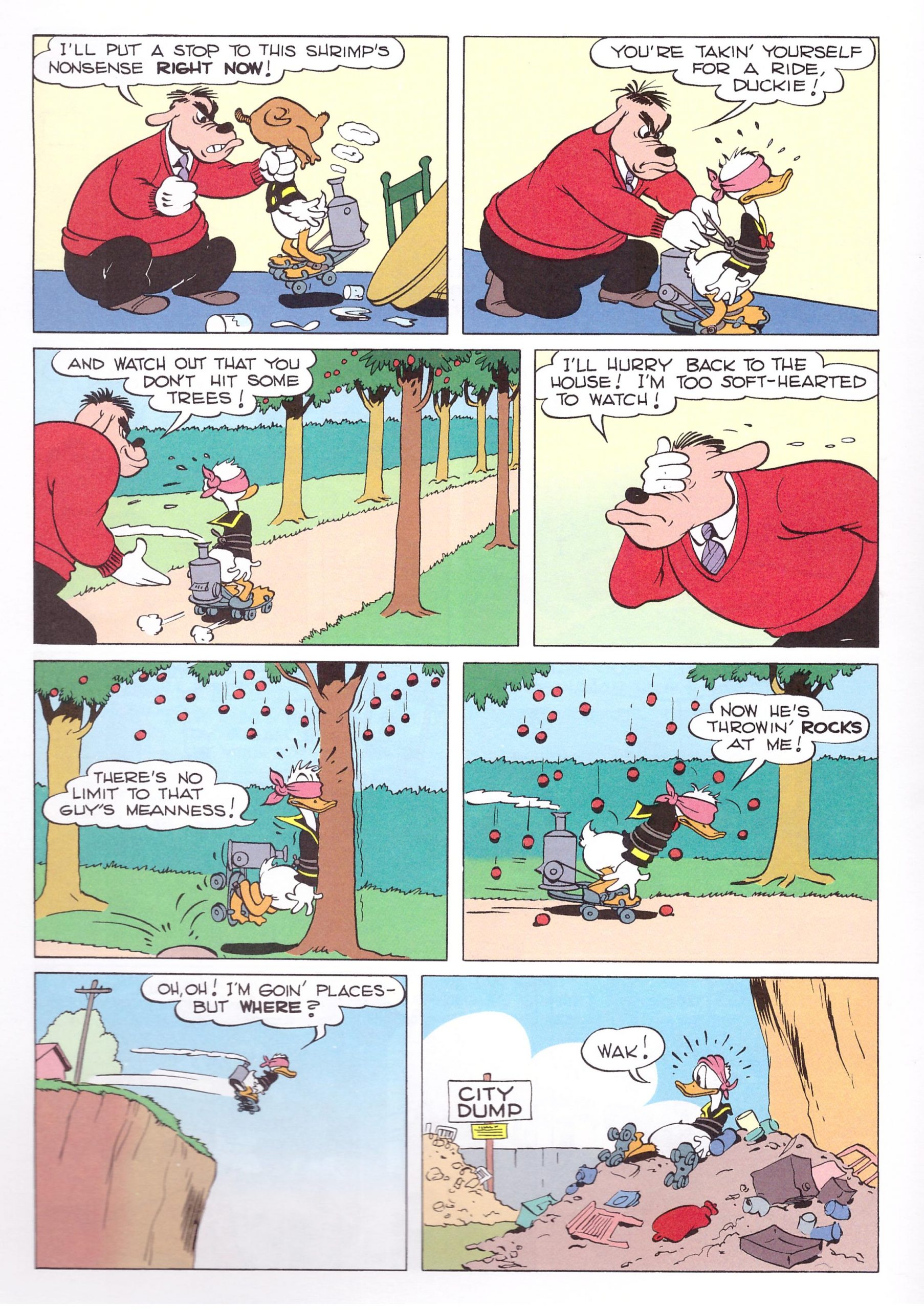 The five stories in this collection were originally published from summer to winter 1944, and display Carl Barks fully coming to terms with delivering a ten page gag-packed story. Each of the previous volumes contained material that was very much Barks feeling his way, but there’s hardly any of that here. The five tales offer a portfolio of the scenarios to which Barks returned to plant his gags around.

The arrival of a falcon for the first tale’s escapades is somewhat arbitrary, but once it’s in Donald Duck’s hands, the ensuing mayhem is well paced and funny. An odd touch is the introduction of Neighbour Smith, rather than the already introduced Neighbour Jones, but Barks may have felt the requirement of owning a rooster didn’t fit Jones. He is back, though, in the following story, another escalation of destruction that begins with Donald discovering Jones had never returned a tin of borrowed putty. The encounters with Jones exploit the more shameful characteristics of the pair, neither ever willing to concede an inch, the principle somehow more important than the minimal cost of a new tin of putty.

Donald’s propensity for taking on tasks beyond his capability sets up an attempt to cross Niagara Falls on a tightrope, having eventually been scornful of the tightrope act Huey, Dewey and Louie are preparing for the town’s amateur talent show. There’s a chase to recover a missing valuable coin, and in the final strip Donald buys what’s advertised as a beachfront property sight unseen. That exemplifies the strong ethical element Barks applied to his duck stories. When Donald’s own failings set up events, he generally pays for his misdeeds, but if someone takes advantage of him Donald comes out on top.

It had taken Barks about two years to master the ten page format, and from here he never looks back.