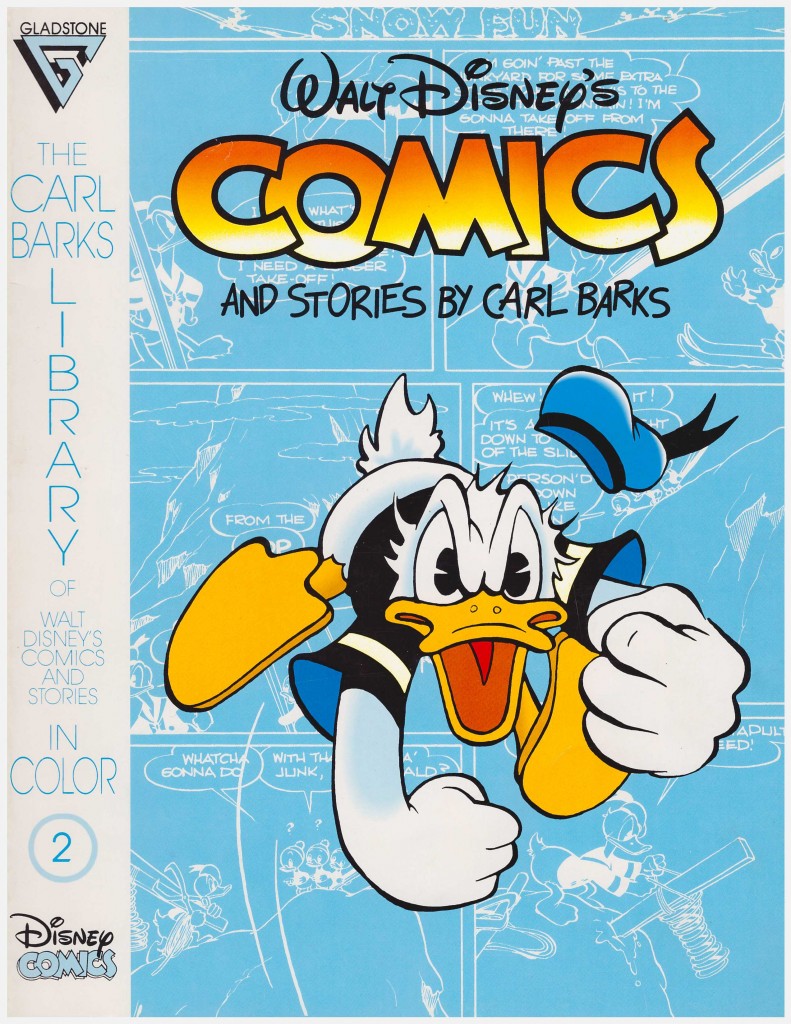 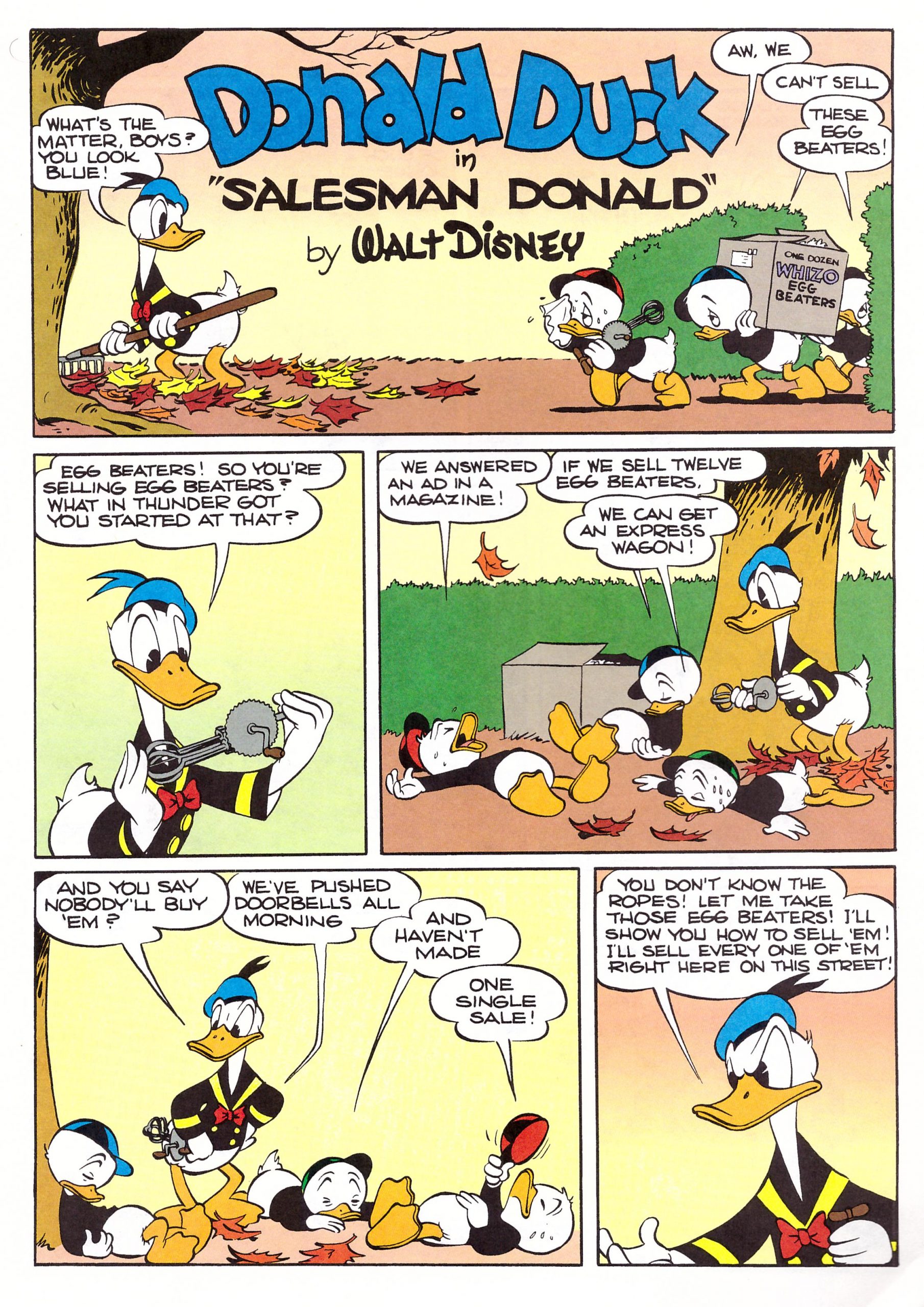 The first short stories Carl Barks produced betrayed his previous career as an animator, good in that his cartooning was first rate from the start, but former disciplines in plotting led to somewhat stilted efforts on paper. Perhaps seeing them in print prompted modification, and with his next batch of stories there’s a greater emphasis on plot rather than just leading the reader from set-up to gag to set-up to gag.

It’s apparent in a second story involving Neighbour Jones, which begins with he and Donald Duck burying the hatchet. Huey, Dewey and Louie then begin playing football, windows are broken, initially accepted as accidental, before tensions escalate and war erupts. There’s a clever ending, and the excessively restrained politeness resembles the bottled frustration of Laurel and Hardy shorts.

Over the years Barks mined many laughs from Donald taking assorted jobs, all of which he was unsuited to. As with any task he undertook, Donald has supreme confidence in his own abilities, irrespective of his lack of experience or in the face of his incompetence. His first is selling egg beaters door to door, at which his nephews have failed. It devolves into a campaign of attrition with a wily foe.

Whether by editorial decree or Barks’ own sensibilities, his duck tales for Walt Disney Comics and Stories reflected the seasons in which they were published, so come the winter, came the snow. It produced his first excellent short story. Donald’s attempts at downhill skiing are predictably inept, but the final tale here points to the future. Donald playfully offers himself as a target for his nephews’ snowballs confident he’s devised a method to ensure his hat will remain in place. He fails to account for Huey, Dewey and Louie’s adaptability, and as soon as he’s bested his temper takes over. He constructs a makeshift suit of armour to storm their ice fortress and… Well, it’s a gem.

Overall this collection of stories from 1943 and 1944 is a step up from the earliest short stories, and there would be further improvements displayed in volume three.