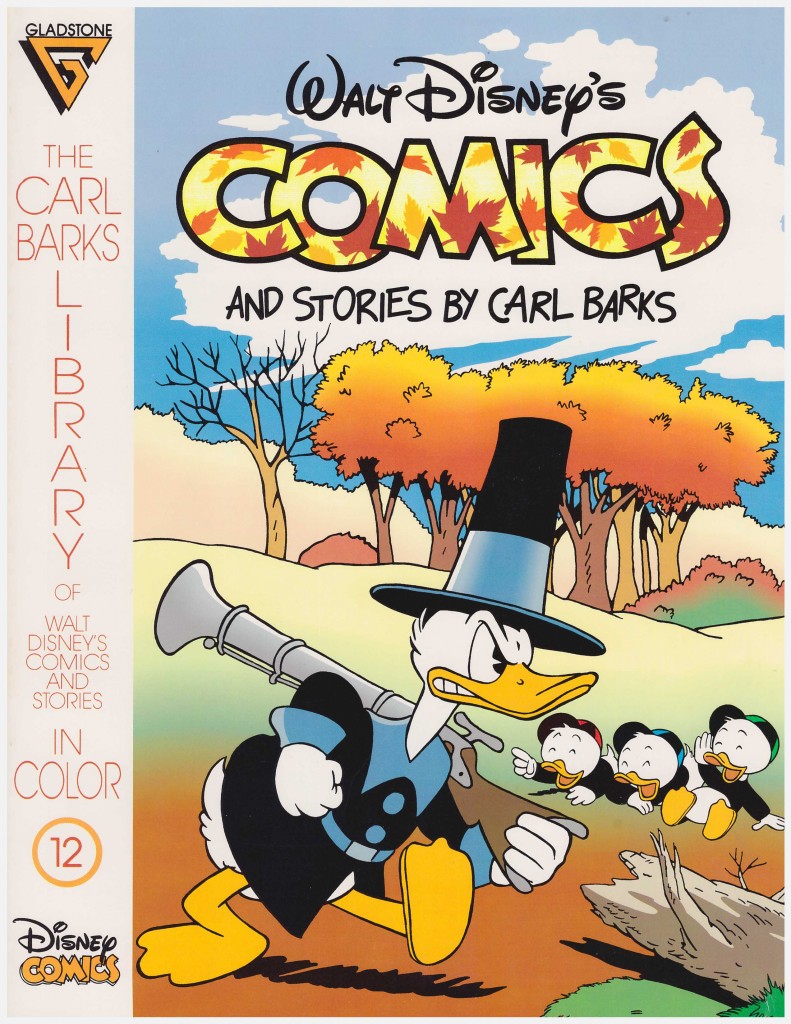 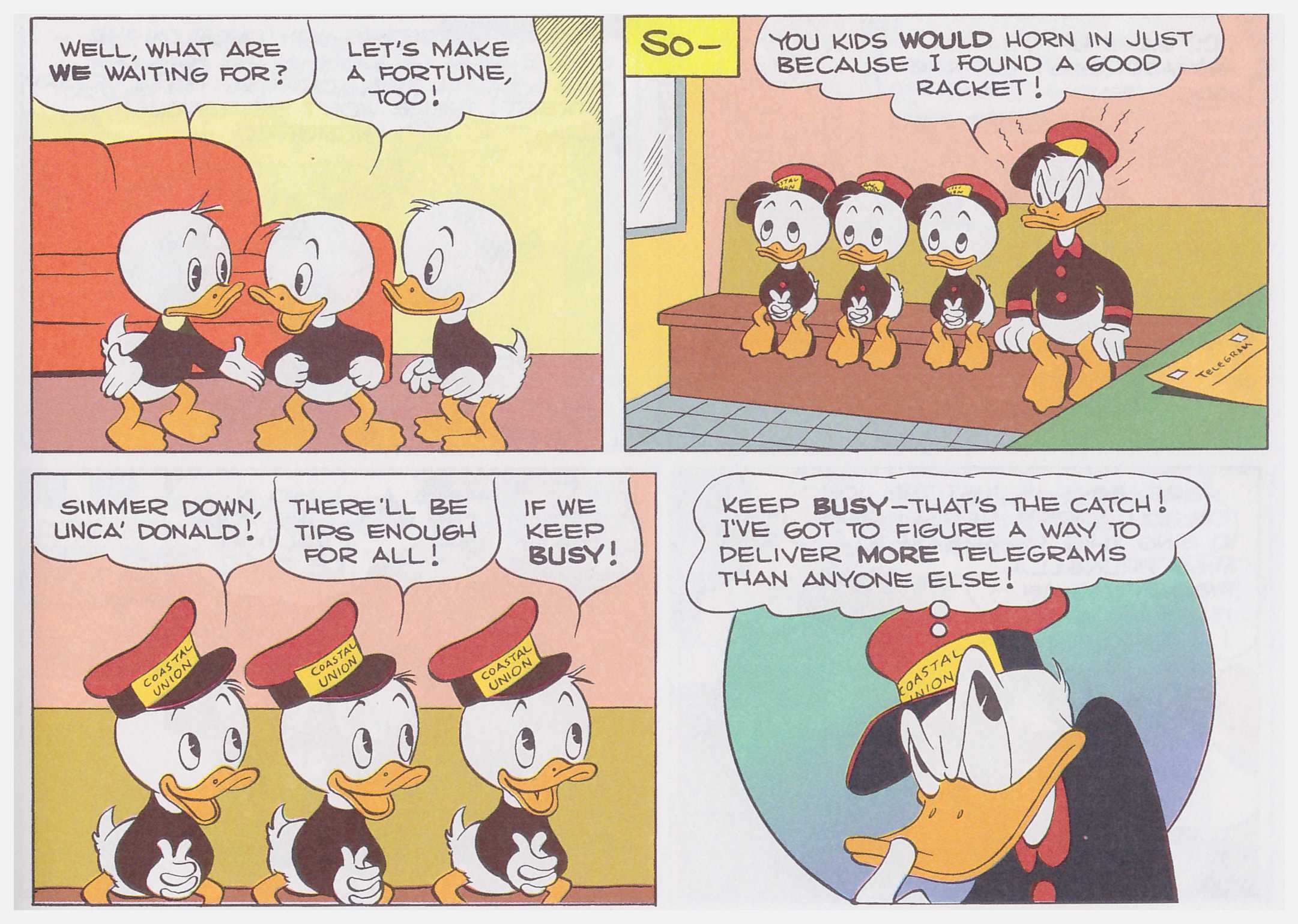 The reason for the somewhat uncharacteristic cover is once again Donald’s vanity and bloody-mindedness. He won’t pay the price per pound being charged for Thanksgiving turkey at the butcher’s shop. The Pilgrim Fathers didn’t buy their turkey from the butcher, they hunted it down, and by golly that’s what he’s going to do. And if he’s going to follow their example he might as well dress the part.

There was always something oddly unsettling about a Disney ducks Thanksgiving (and often Christmas) story with the cast licking their beaks in anticipation at the idea of tucking in to turkey, but put that to one side, and Barks delivers a good script. Now five years into writing these ten page stories, he’s honed his craft. Earlier in his career this would have just been Huey, Dewey and Louie continually pulling one over on Donald, as it starts, but the focus of the gags switches here.

A landmark occurs with the début of Gladstone Gander, capping an extremely fruitful two months for Barks. The Gladstone tale appeared in a comic cover dated January 1948, and in December he’d introduced Uncle Scrooge in Donald Duck. Gladstone is drawn here with an oversize beak that would later shrink, and Barks hadn’t yet conceived the idea of his phenomenal luck. As portrayed he’s just an insufferably smug cousin whom Donald, with good reason, doesn’t like. In the height of summer Donald boasted he’d swim in Frozenbear Lake on Christmas Day or forfeit his house, and Gladstone turns up to claim. There are good gags as the kids drag a reluctant and shivering Donald to complete his task, and more good plotting when he fails. Initially it would be Gladstone appearing here more often than Scrooge.

This book supplies two new jobs for Donald, although only delivering telegrams concentrates on the work itself. As a night watchman the challenge is for Huey, Dewey and Louie to keep Donald awake after he’s spent the entire day attempting to sleep with no luck. The idea for the premise may well have originated in a 1937 animated feature Barks storyboarded for Donald Duck. It differs completely from this story, and from the finished feature, and an essay about this along with some reproduced storyboards opens the book.

In the final story Donald attempts some social climbing, inviting the cream of Duckburg to his garden party. It’s never going to be a success, but the reason for failure is Donald’s purchase of hypno-glasses to hypnotise his nephews into playing the part of apes as an amusement. He, naturally proves far more susceptible, and Daisy is also involved in the eventual disaster. This is the weakest story in the book, but remains a tightly-plotted and gag-packed tale, excellently drawn.