Walt Disney’s Comics and Stories by Carl Barks No. 10 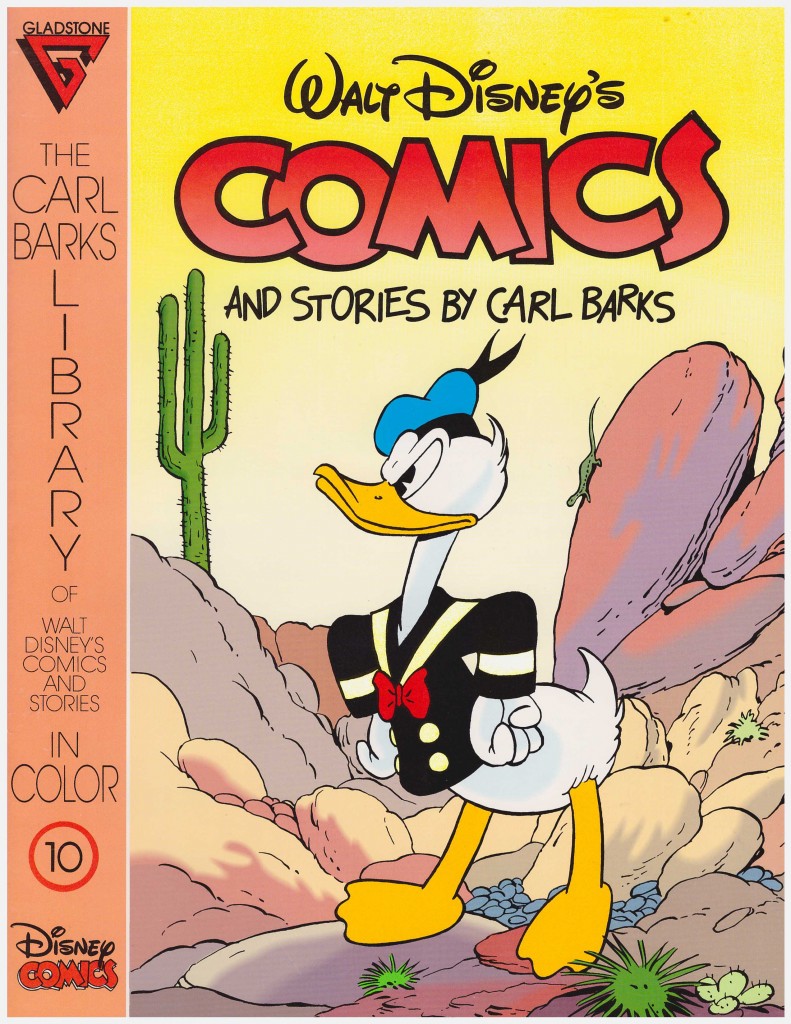 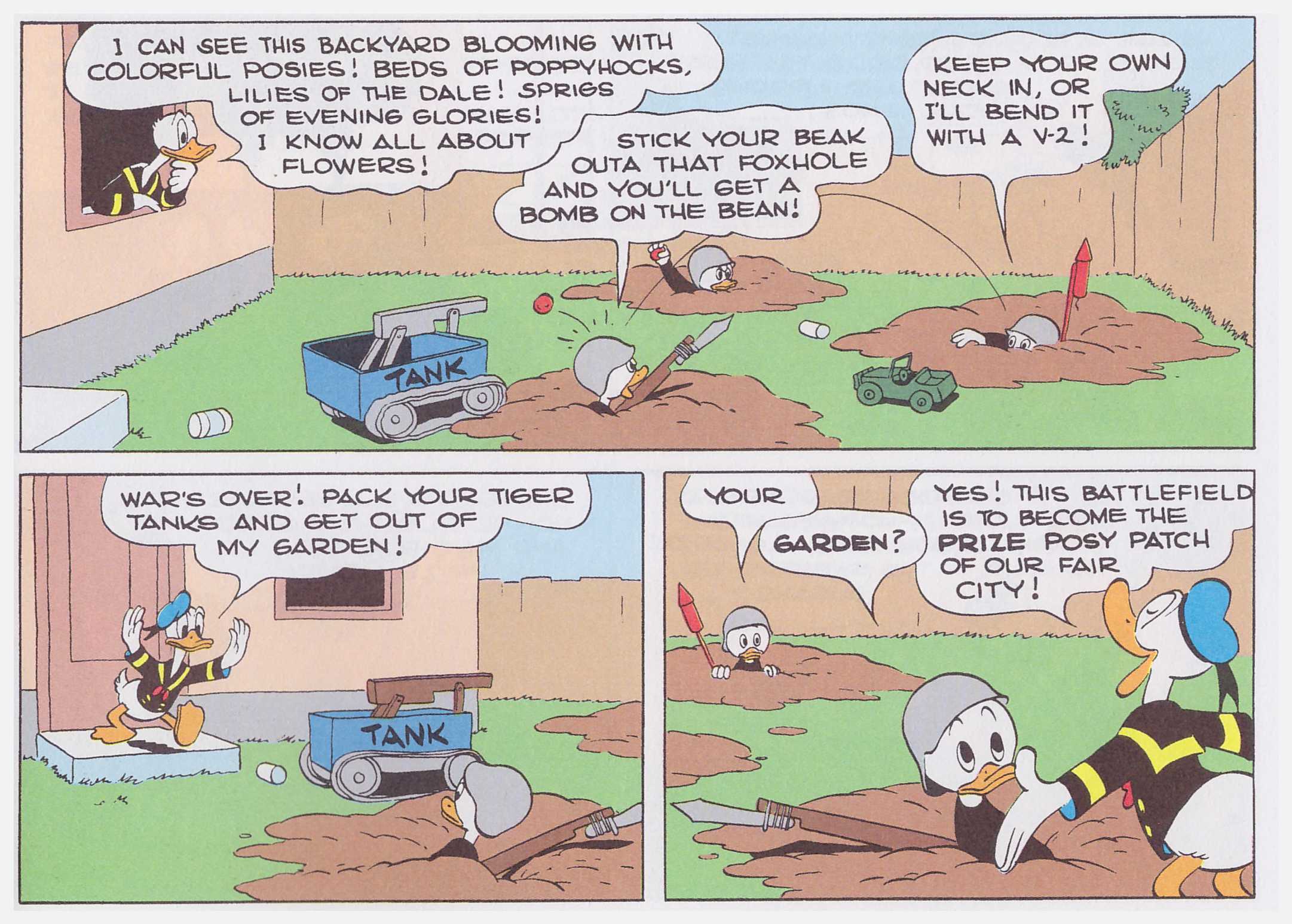 A defiant Donald surveys the sparse mountains of New Mexico on the cover, having been led there by his discovery of a treasure map. He’s located the precise topography noted on the map, and even found the spot marked X, but discovers something else entirely. And he’s also unaware that the map he’s found was created by Huey, Dewey and Louie as they played, then discarded as fishing supplanted their interest.

This is another five stories of top-notch slapstick, created by Carl Barks in 1947. The best sequence is Huey, Dewey and Louie sabotaging Donald’s picnic with Daisy, having been refused permission to stay off school and enjoy the picnic also. Spring is in the air, and what Donald envisaged as idyllic afternoon with Daisy takes a calamitous turn. She, of course, refuses to believe he’s not just playing an elaborate joke on her.

The kids endure a fair number of spankings in this collection, not only for their picnic escapades, but for constantly diminishing Donald’s chances of collecting a prize for the best maintained garden and for dressing up as giant bugs to fool Donald into thinking his cabbages are at risk. Once he cottons on, he’s one step ahead and rents his own intimidating costume, and Barks sets up a fine sting in the tail.

It’s Donald’s fear that’s the focus of the remaining tale. He reads of burglaries in the paper, considers his own house could be a target, and despite having little of value goes to elaborate lengths to conceal it in his new safe. Among other items he secretes for safety is a pot of jam to prevent its consumption by Huey, Dewey and Louie, and their capacity to foil Donald results in another spanking. By today’s standards it seems a little excessive, but shouldn’t detract from the overall pleasure to be derived from another collection of gems.