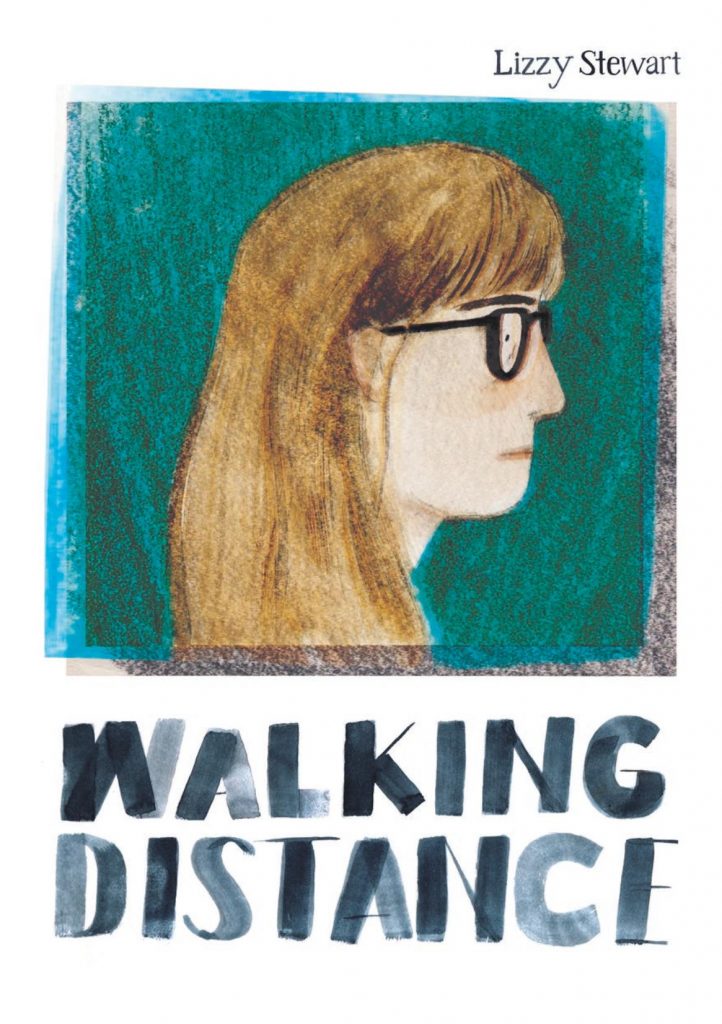 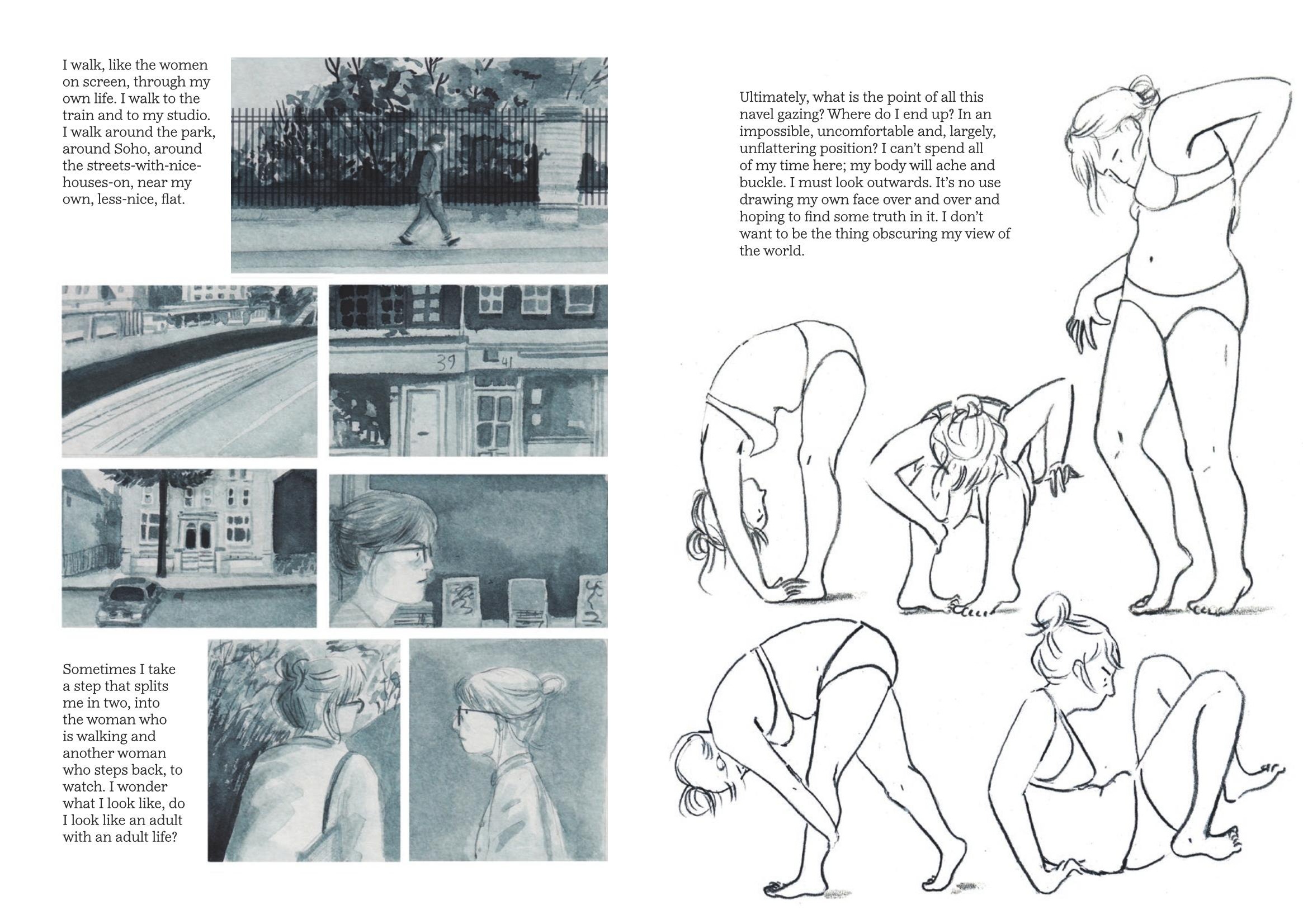 Walking Distance is a personal memoir from Lizzy Stewart, part comics, part text and illustration, in which she considers herself and her place in the world. She’s constantly evaluating and assessing, concerned that she’s not concerned enough, and able to offer a metaphor for that concern. It meanders as much as the title suggests, and is undoubtedly on the cusp of introspection becoming navel gazing, but there’s a self-awareness that prevents this. The greatest difficulty is attempting to coalesce what either author or reader is intended to take away. For all her consideration, Stewart reaches no conclusions beyond the obvious, nor are her thoughts original, so why will Walking Distance nonetheless captivate some readers?

That distils to two main reasons. Narratively, it’s the intimacy. Stewart bares her soul and her frustrations and whether she’s able to reach any conclusions is irrelevant. She leads us in via an admission of being fond of film scenes in which women are just walking along streets, American actresses walking along American streets actually, which is given a greater depth in the addendum pages. From there we’re led into Stewart’s own walking habits and into some broad highways and narrow dead ends, a very personal tour of her social fears. Among other concerning confessions is “the internet in particular makes me feel all knotted-up and tangled, pressed into a corner surrounded by all the things I must decipher in order to be a base-level acceptable person”. News reports reinforce she’s far from alone in being intimidated by what should be a useful tool.

Everything is held together by the art, which is the second great selling point. Just flicking through the pages it’ll seem all over the place, grey wash panels mixing with black and white line illustration before some representational illustrations, with some abstractions thrown in for good measure. The neat linework is the most impressive, not quite Posy Simmonds quality, but aiming for it, and as seen by the sample art, those life drawing classes have paid off. That’s not the immediately seductive aspect, however, which is the wash panels, evocative street scenes and character rich portraits. They’re lovely.

Despite that, Walking Distance isn’t for everyone. The individuality and experimental nature hold an appeal, but there’s also an inbuilt limitation, so it would be nice to see Stewart applying the artistic talent to something with a greater narrative focus.