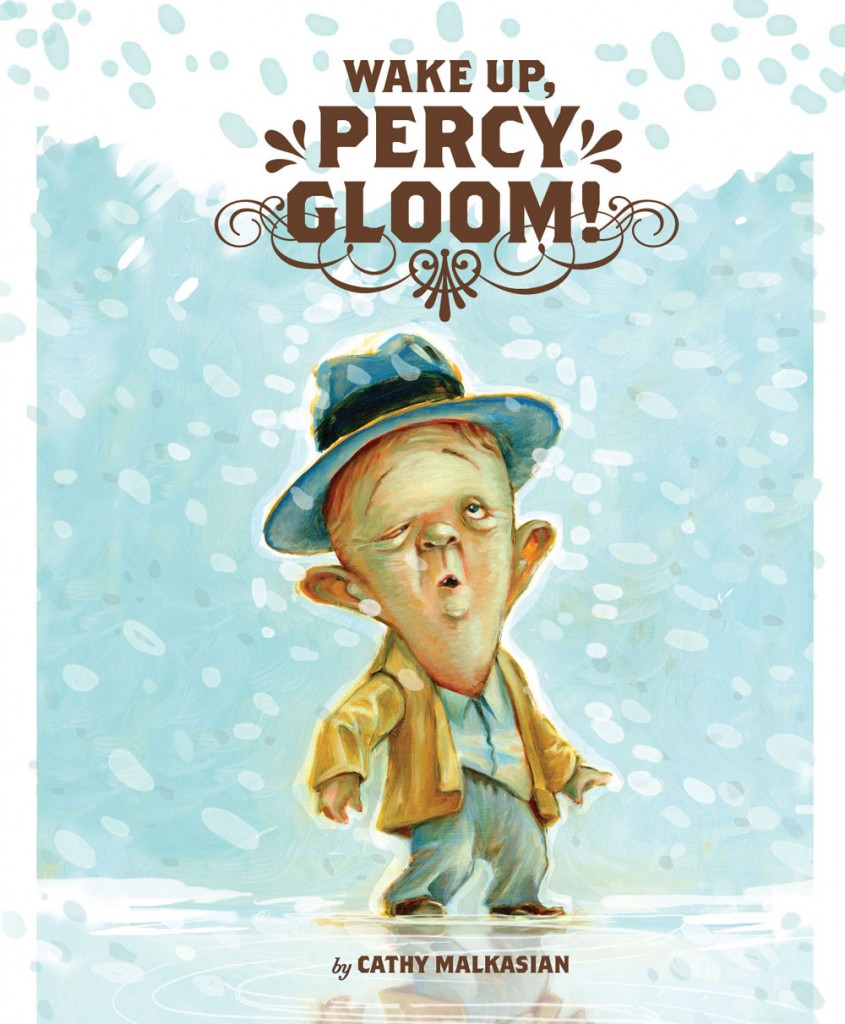 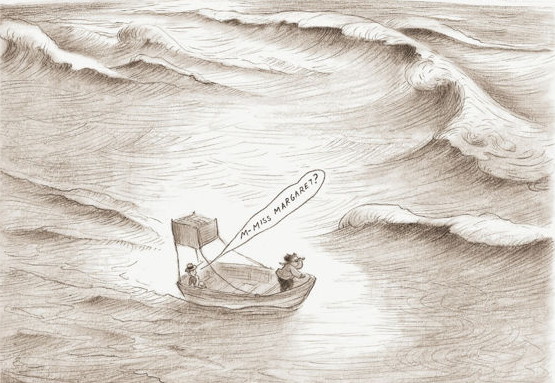 Cathy Malkasian’s alluring sequel to her Percy Gloom from 2007 is a beguiling yarn set in a place and time far stranger than here or now, where an innocuous little man who loves helping people is facing a crisis.

Despite his good intentions, meek, gentle, painfully keen Percy’s lazy-eye and enormous head, which lights up when he’s happy, frequently create a bad impression. He’s also still processing some rather distressing news. His Mum disclosed that he is, like her, immortal but prone to naps which can last from months to decades. It’s why everything always seems so different whenever he wakes up in the “morning”.

After his last kip Percy found true affection with Margaret and is now enjoying a sailboat ride whilst she searches for her long-lost twin. Percy has never been happier. As they find a new country, Margaret realises her quest is almost done and accepts her growing affection for Percy. He however is starting to feel very drowsy.

Percy’s mum is even more unique than her son. Many millennia old she spends her days shepherding humanity and inventing awesome, clever things such as the barrel which always collects her slumbering son wherever he’s dropped off, safely storing him until he awakes again. Unfortunately one of her previous diversions – a joke book – has become, over the last five centuries, the World’s Holy Book: an unshakable, adamant and infallible guide to living and the eternal Rewards Beyond, utterly believed as gospel by her short-lived, unquestioning and remarkably po-faced people.

Sadly the gag most misunderstood by the ardent the worshippers was the 29th Prophecy which said that after 182,515 days – just after tea-time – Voatzle would drop from the sky and land on The Good and The Lucky. By every cleric’s calculations that’s tomorrow afternoon.

Malkasian is brilliant, multi-award winning animator who seamlessly segued into graphic narrative and turned the medium on its head. This surreal, intoxicatingly-rendered fable manages the nigh-impossible trick of being simultaneously sad and eerie, funny and thrilling, astonishingly mature and ingenuously innocent and childlike. It results in a evocative, wryly uplifting fable of loss and reunion in a deftly constructed land as overwhelmingly convincing and real as Oz, Narnia or Alice’s Looking Glass Land.