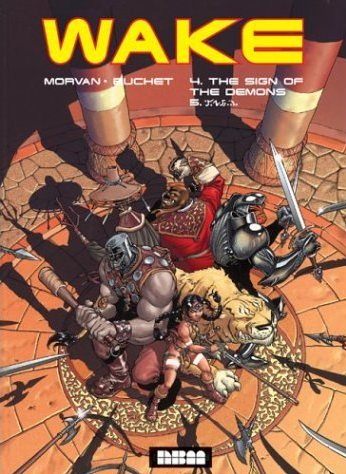 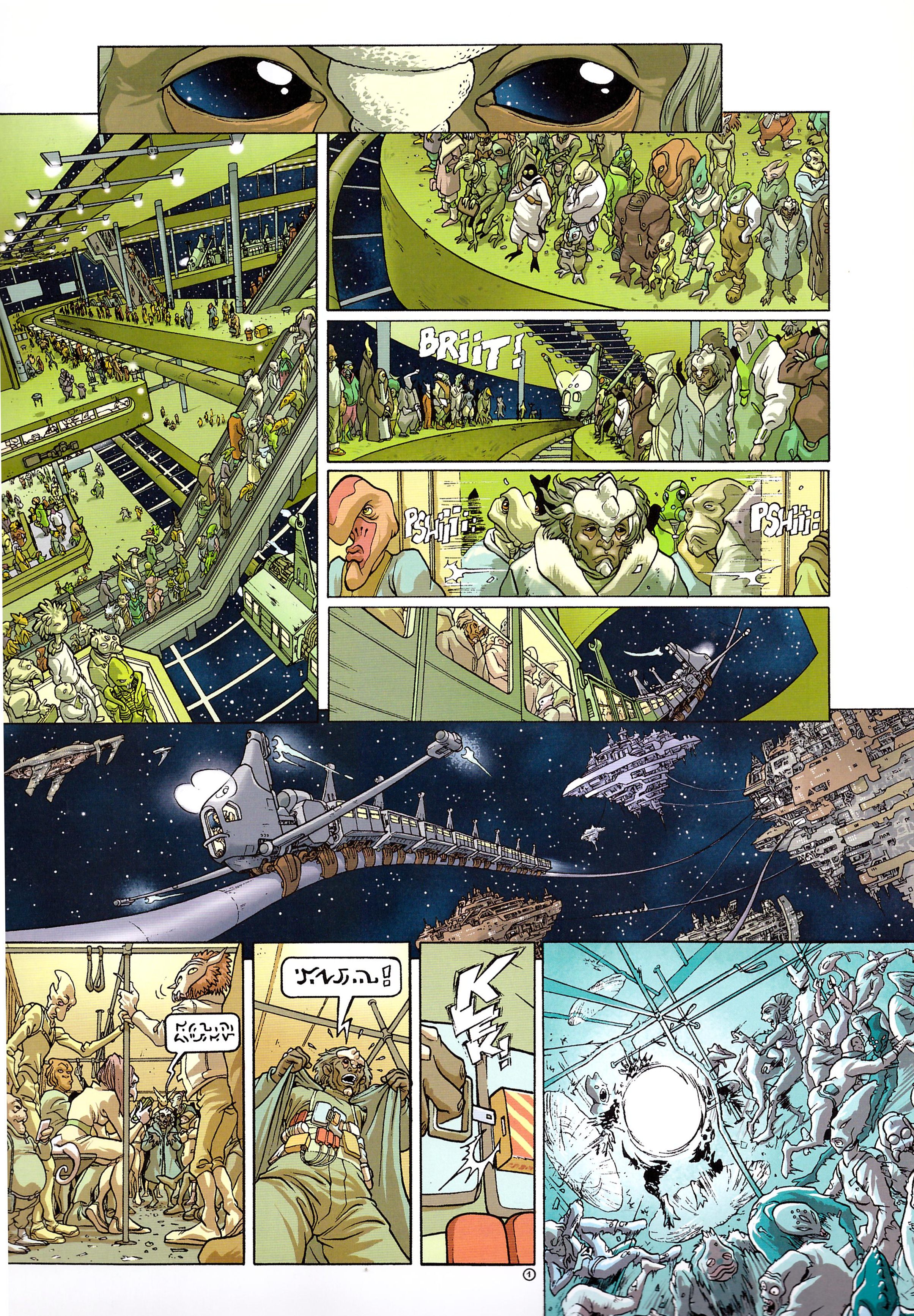 In what proved a sadly fruitless attempt to boost the sales of this excellent science fiction adventure series, NBM combined translations of two French volumes in the single publication for the English market. It’s a superb value package featuring two very different stories with Navee the only real connecting point. She’s the sole human present among the thousands of races found on the travelling convoy of Wake. In return for her spacious living environment and stipend she carries out missions for the convoy’s ruling elite. As well as being a very resourceful young woman, she’s valuable as representing one of the few races able to resist telepathic probing.

Over the previous books Jean David Morvan and Philippe Buchet have provided Navee with individual allies for specific missions, but as the cover displays, they’ve all been sent to a world where revolution is in the air. Hurumaru is being observed as a possible candidate for colonisation. Strict procedures govern this process, and the opening tale considers what happens when an observer goes native. It’s a twisting morality play with lasting consequences for Wake, both colony and series. Although most of the main cast are now familiar, there’s plenty of opportunity for Buchet to indulge his extraordinary talent for designing imaginative aliens and detailed locales. There are pages here that can be studied over and over, each time revealing new intricacies.

The second tale is titled with unintelligible alien writing, that spouted by the guy with suicide vest on the featured illustration. Buchet impresses even more than previously with the sheer amount of work, and it sometimes seems as if he’s drawing pages of Where’s Wally/Waldo such is the incredible detail included. One example is an early spread of Navee taken to an exhibition reconstructing humanity based on the items retrieved from the spaceship near to where she was found. Buchet playfully recontextualises the mundane and drops in a fabulous panel of reconstructed robots from movies.

Morvan’s plots always have a broad social conscience, and in this second story it’s easy to see the real world parallels of a society so repressed they see suicide bombings as the only way to draw wider attention to a plight known to many, and ignored by most. In number terms the Ftoross are the largest race to be found on Wake, yet endure the worst conditions, are infected by illness and those that work do so almost as slaves. Using alien concerns, Morvan dissects the real world excuses, economic and political that maintain suppression, but does so within the context of a fast moving and unpredictable plot. It’s as compelling as its predecessor.

Sadly only one further volume of Wake has been translated into English to date, also combining two French books and available as Artifice/Maximum Security.