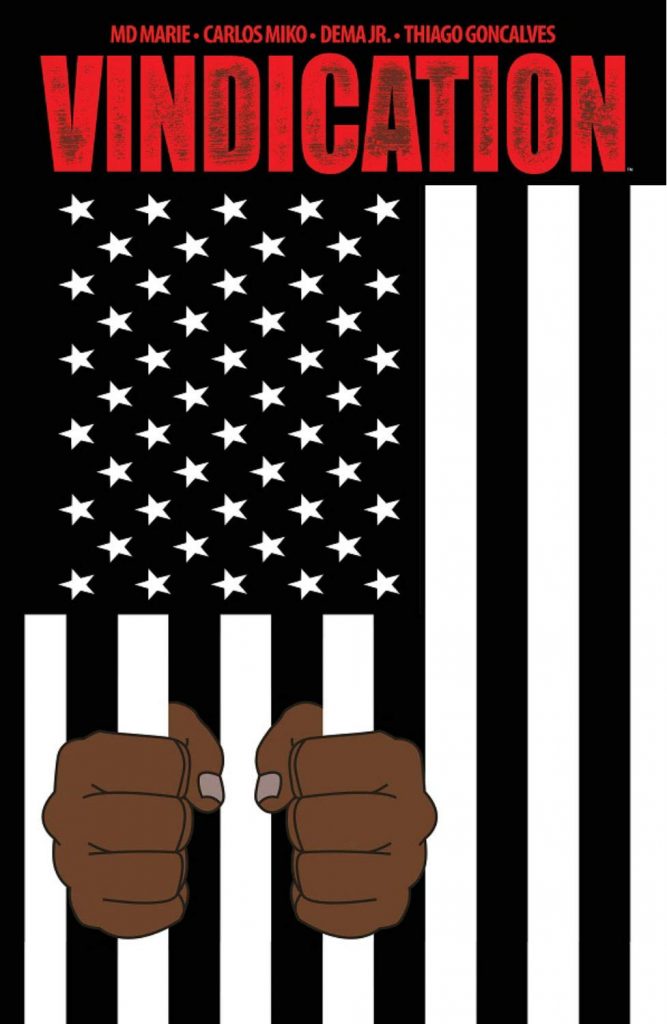 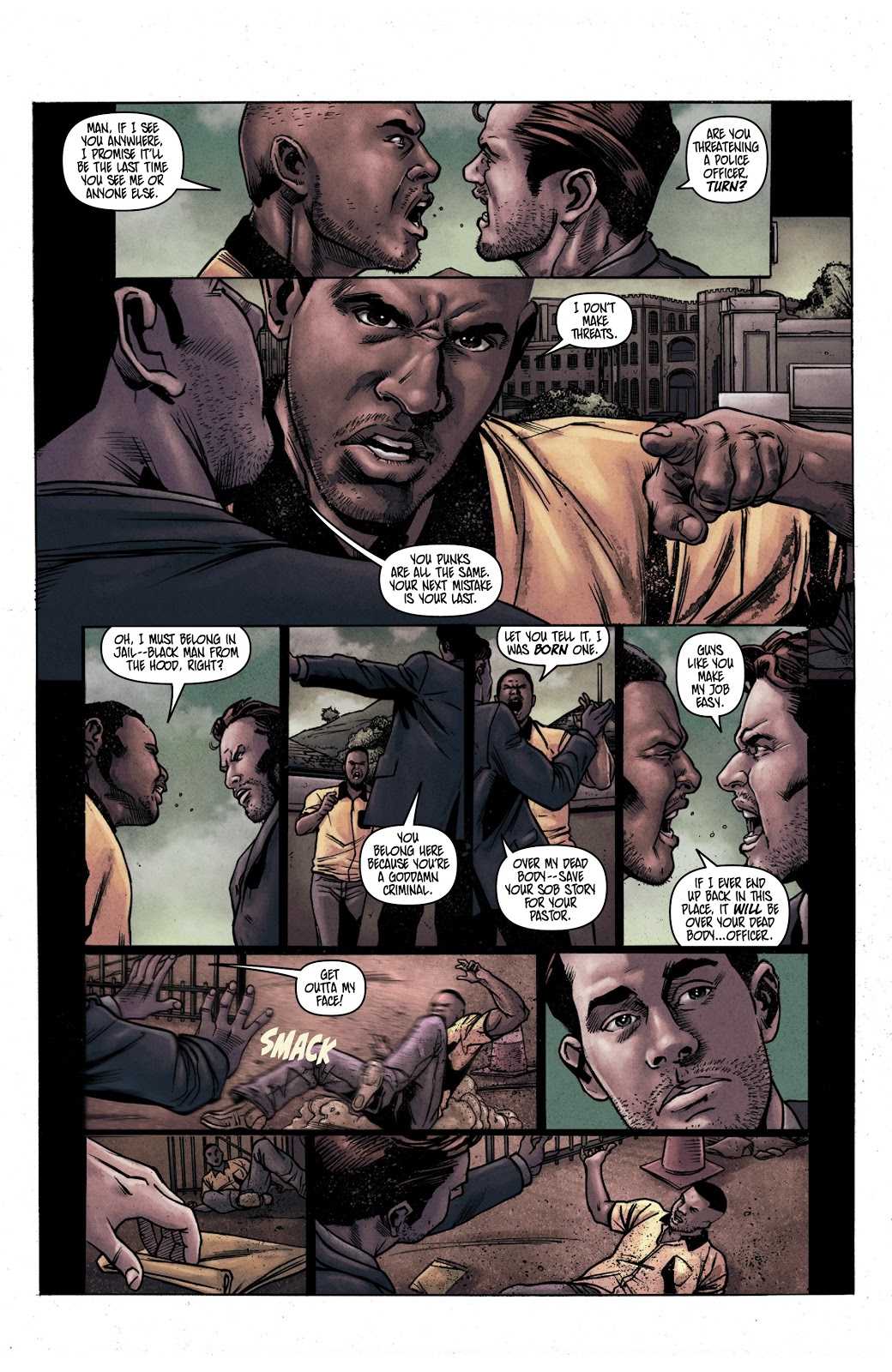 Ten years into his sentence Turn Washington is released from prison after it’s ruled the DNA evidence that convicted him is inconclusive. It infuriates police detective Chip Christopher, whose dedication resulted in the original prosecution, and he’s not happy about being allocated a new partner in Maggie Cruz, despite her impressive track record. That’s all before the jurors on Washington’s original trial start becoming murder victims.

What sustains Vindication is the mystery of whether or not Washington committed the original murder. Is the vindication his, or is it Christopher’s? That mystery is well kept, but too much else about MD Marie’s story is derivative. Whether in crime novels or on TV we’re all familiar with the hard-nosed detective obsessed with a case to the point of alienating his superiors, but what makes this a little different is that it plays with racial politics. Should we believe the foundation of Christopher’s persistence is racism, or is he just a thorough detective? Establishing that takes the story into uncomfortable territory, including Christopher’s irredeemably racist former partner. Contrasting that we also follow Washington. He’s telling people he’s innocent, but is he just manipulating them?

Carlos Miko gives the drama the kind of cop show realism it needs, switching the viewpoints well so multiple conversations over every chapter continue to look interesting. He also populates the locations, if not with people, then with detail. Colourist Thiago Goncalves washes over the pages with a gloomy palette, keeping things grimy, and ensuing almost everything pertinent occurs at night or inside a dimly lit place.

The key scene occupies half the third chapter, reversing a situation that happened years earlier. Some home truths emerge, and it’s key to Christopher knowing someone’s lying later on. This is nicely understated, but Vindication mixes moments of that nature with a fair amount without subtlety. Much of it is at the point where a revelation is necessary. Readers are likely to have figured a fair bit out beforehand, and the subtext about police racism eventually proves to be sensationalism rather than anything meaningfully discussed. What’s sold on that turns out to be a few long dark nights of the soul for Christopher, and the actual final page is clumsy, reading as if the story was intended to run for longer and the creative team were given a single page to wrap it up.

Vindication has some good moments, but it could have been better.