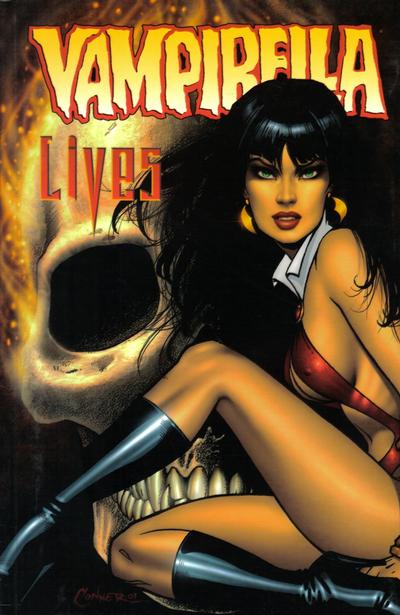 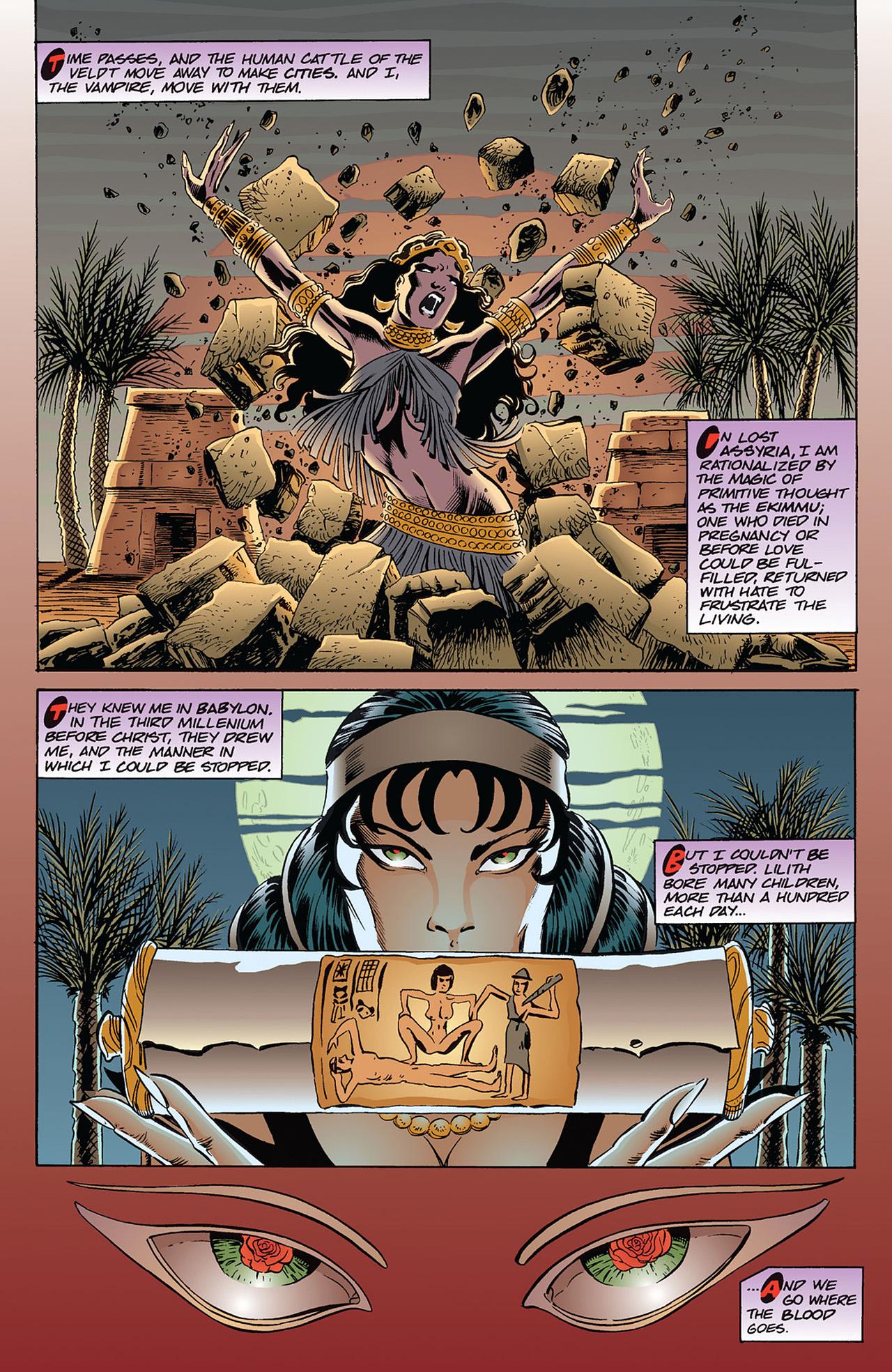 Very few writers have been able to see potential in Vampirella beyond the frankly ridiculous costume and most have pandered to what that suggests. Warren Ellis, credit to him, applied some thought to her, what she was capable of, and the ramifications of her then recently completely revised origin. She was no longer Vampirella of Drakulon, arrived to hunt vampires from an alien planet, but Vampirella daughter of Lilith, the first woman and the first vampire.

Ellis is hamstrung by having to explain the revisions, and several pages of his main story are occupied by flashbacks, but the bonus is that enables him to piece together a cohesive history of vampires from Lilith on down. This is illustrated in wonderfully ornate fashion by Amanda Conner, taking her influence from the artistic styles of civilisations down the generations.

Conner also manages to apply some dignity to Vampirella in the main story, as much as anyone can. There’s still the sexuality required for Vampirella, but Conner achieves this without sinking to copying her illustrations from sex mags as some other artists did. When interviewed to promote her Vampirella work she considered an intuitively emotional approach to her characters to be a strength, and that comes through to a degree, although possibly not as much as she thought at the time.

Vampirella is resurrected in the American town of Whitechapel, which has been plagued by rum goings-on for a few centuries, the history of the town providing the reason why when disclosed. When he puts his mind to matters there have been few comic writers able to equal Ellis’ twisted plots when it comes to nastiness, and that’s applied here. He involves one of Vampirella’s recurring enemies to very good effect, constructs a shocking purpose for Whitechapel, and the eventual slaughter is long and bloody. This isn’t a masterpiece, but it’s a solidly plotted horror story with some good ideas, and that’s far more than can be said for most Vampirella material.

This content is now more readily available as the second volume of Vampirella Masters Series along with a further story by Ellis.