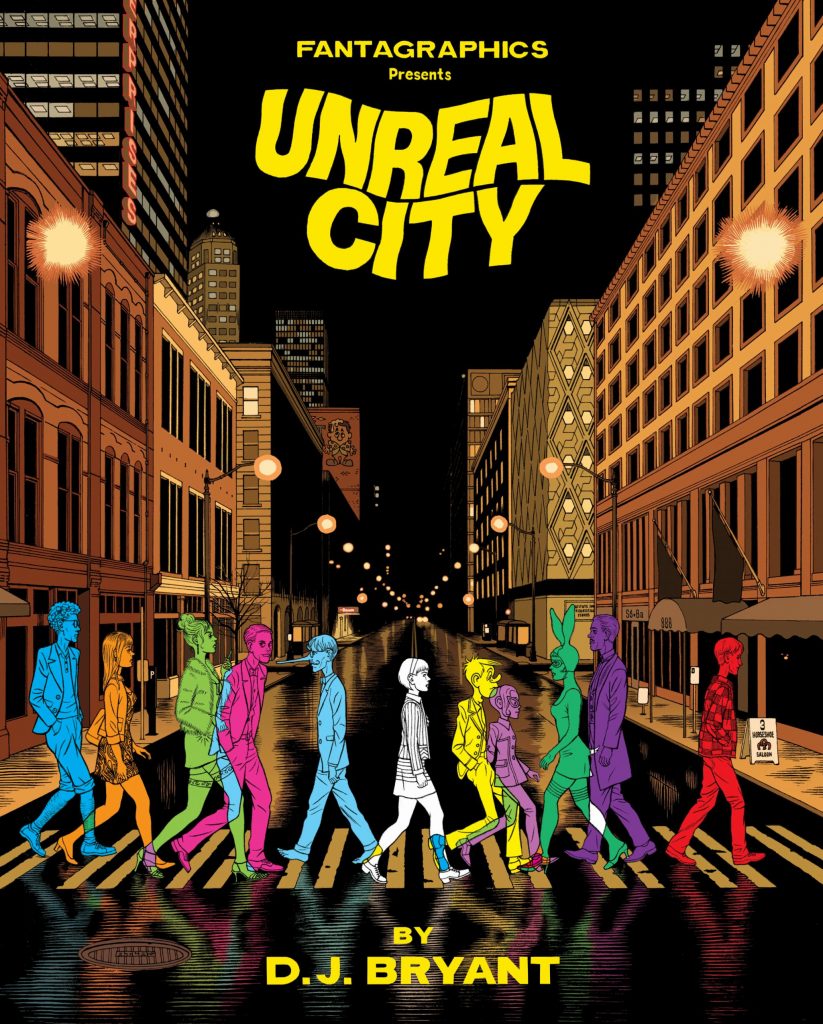 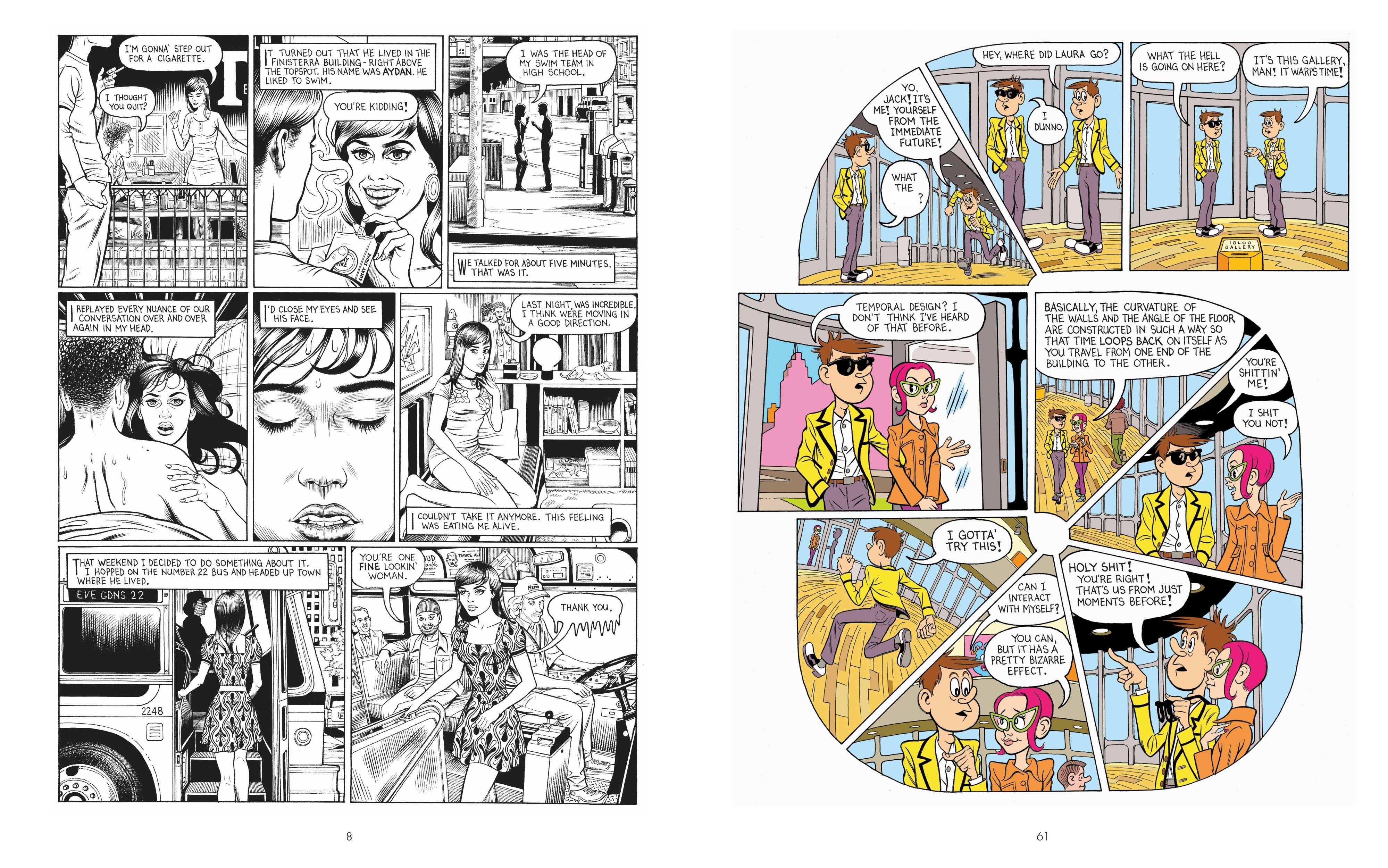 David Lynch’s comics bear no resemblance to his films, but if they did they’d be Unreal City. It’s a study of failing relationships that dip into the oblique and surreal, incorporating dream and fantasy sequences, yet repels any efforts to discover real meaning. They are what they are and we should accept them that way and take a vibrant trip through the despair and unfulfilment of others.

The Lynch influence is most obvious in the dream like ‘Emordia’, which opens with several of his Twin Peaks signature details. There’s a curtained room, a haunting tune, someone speaking backward, but that’s D.J. Bryant toying with us by underlining the obvious, and he takes his own path thereafter apart from acknowledging the influence of an old Steve Ditko horror story as the starting point for ‘Evelyn Dalton-Hoyt’. It’s the one story to have seen print previously, in the Mome anthology, summer 2010, in which sex therapist Evelyn dominates and manipulates her husband, largely because she can. The shoddy treatment is primarily sexual, and Bryant features explicit scenes in more than one of the five stories in the collection. They’re voyeuristic, more so for being drawn in an attractive naturalistic style, but are essential to the psychodramas being presented, reinforcing characters and situations.

Bryant’s scripts are very dependent on nuance, and he’s excellent at conveying expressions that deliver this, and it fits the narrative uncertainty that his extremely precise and attractive art is at odds with plots that cast very little in concrete. Daniel Clowes and Charles Burns are obvious influences in places, but Bryant has his own style and methods, and he’s adaptable. ‘The Yellowknife Retrospective’ is the only tale completely in colour – are we to read anything into its placing following a story concerning visual perception? – attractive cartooning the medium of choice, and as per the sample art, it toys with the form of comics. Every other presentation also references art and its creation, feeding back into interpretations, with ‘Emordana’ moving to staging. It’s the most oblique presentation, the twisting of emotion and ultimate bleakness bringing to mind the avant garde of Samuel Beckett.

A beauty of surrealism is that your interpretation has a validity equal to critic or author. Indeed, in promotional interviews Bryant notes that it wasn’t until he completed ‘Evelyn Dalton-Hoyt’ that the he realised the parallels with his own disintegrating relationship. Ultimately your response to Unreal City will rely on how prepared you are to let a carefully constructed series of moods wash over you. Obsess over answers and it’ll chew you up and spit you out. 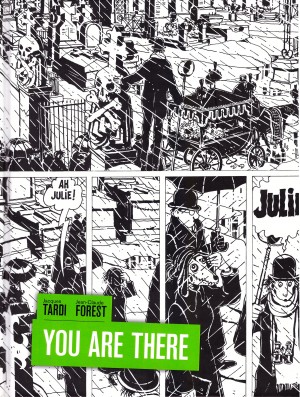