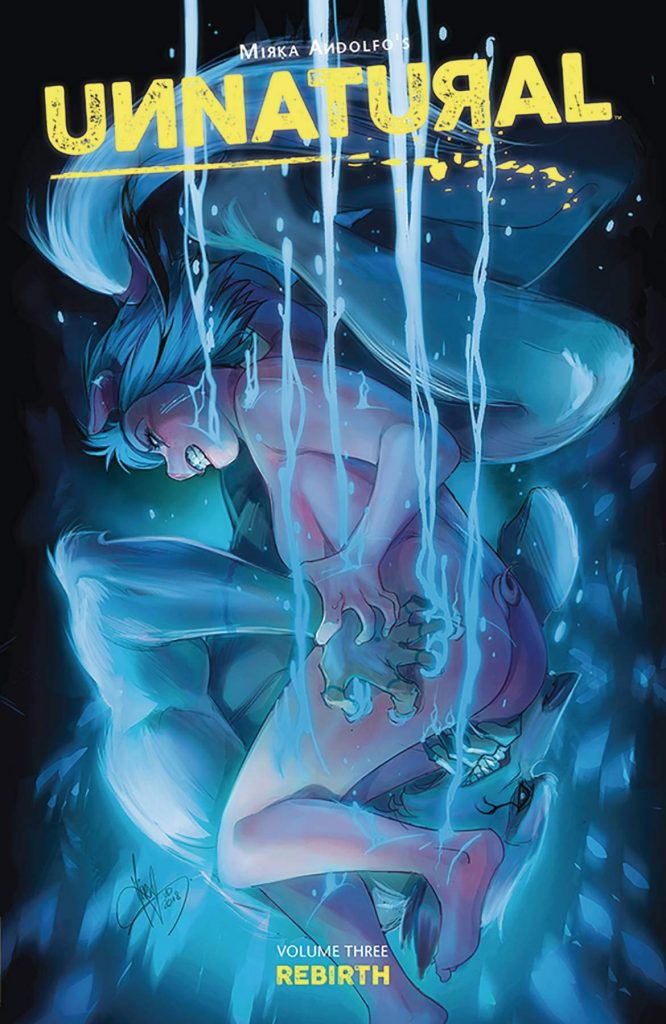 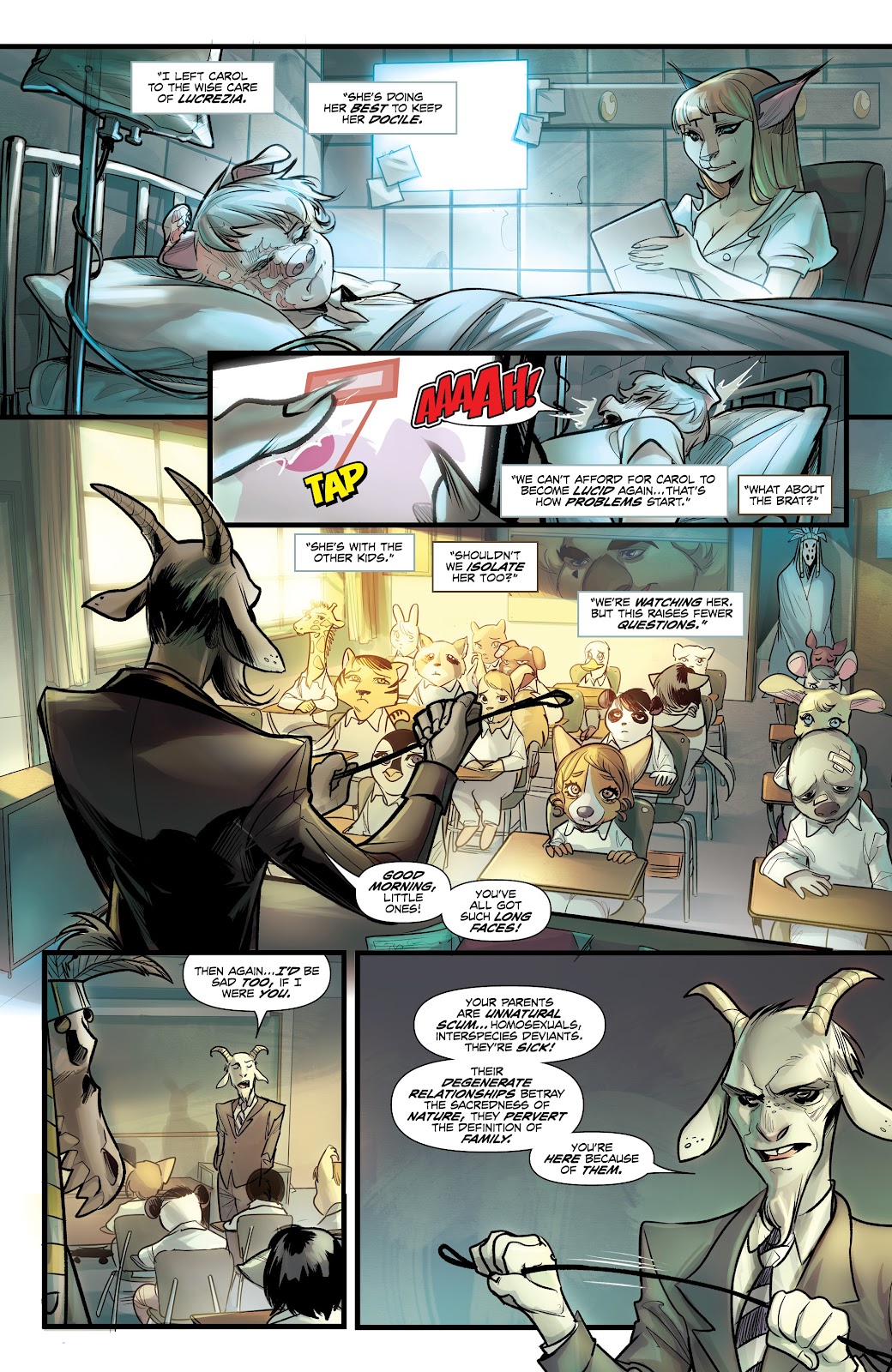 Rebirth looks as attractive as the previous two books. Mirka Andolfo is one hell of an artist, although while the opening and closing sequences are an exception, there’s less background detail to the pages here. However, considerable time and effort has been put into ensuring the figurework’s engaging and welcoming, so that’s not the problem it would be from a less diligent artist. The work applied to designing characters has paid off all the way through.

In terms of plot, Rebirth picks up from The Hunt and heads in a broadly predictable direction, the surprises coming from the flashbacks explaining what’s behind everything. That doesn’t mean everything is easy for Leslie, and to begin with it seems the only way she’s going to escape her inner demon is to kill herself along with it. That doesn’t happen, which is good as Leslie is extremely likeable, and it’s that along with the art that will pull readers through the finale. Andolfo maintains the suspense efficiently, but what she builds towards is eventually disappointing, being too rushed, and it’s pretty gruesome as well, while the interesting real world social mirror has all-but disappeared.

The door is left open for a continuation, but while more of Andolfo’s art is always welcome, the slipping plot prevents 2022 sequel Blue Blood being an essential purchase. If preferred, that gorgeous art is shown to best effect in a larger format hardcover Omnibus.