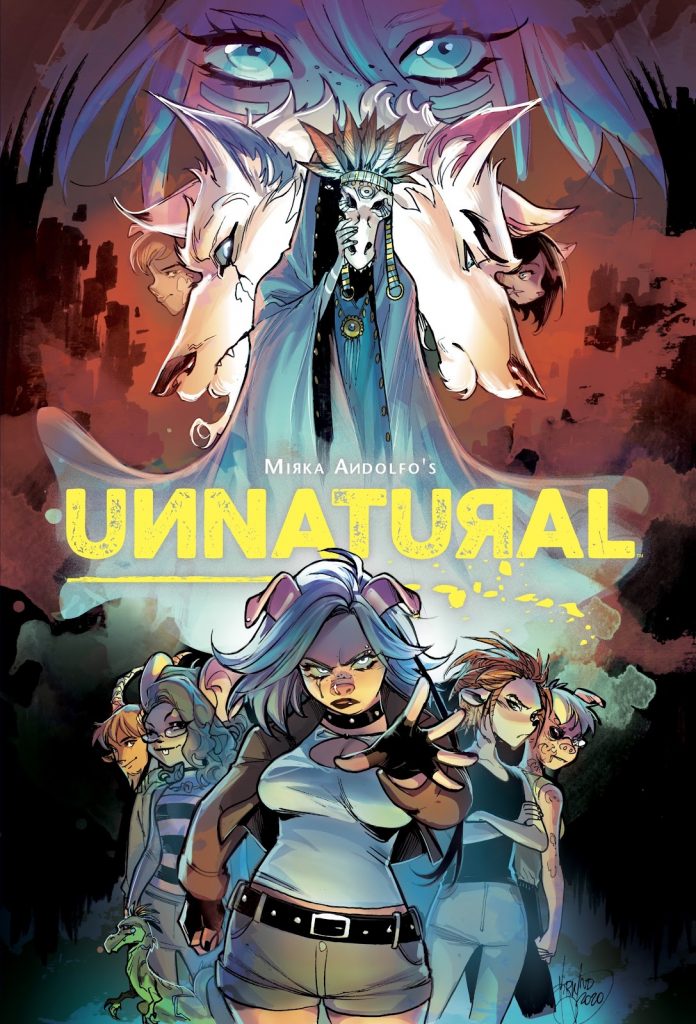 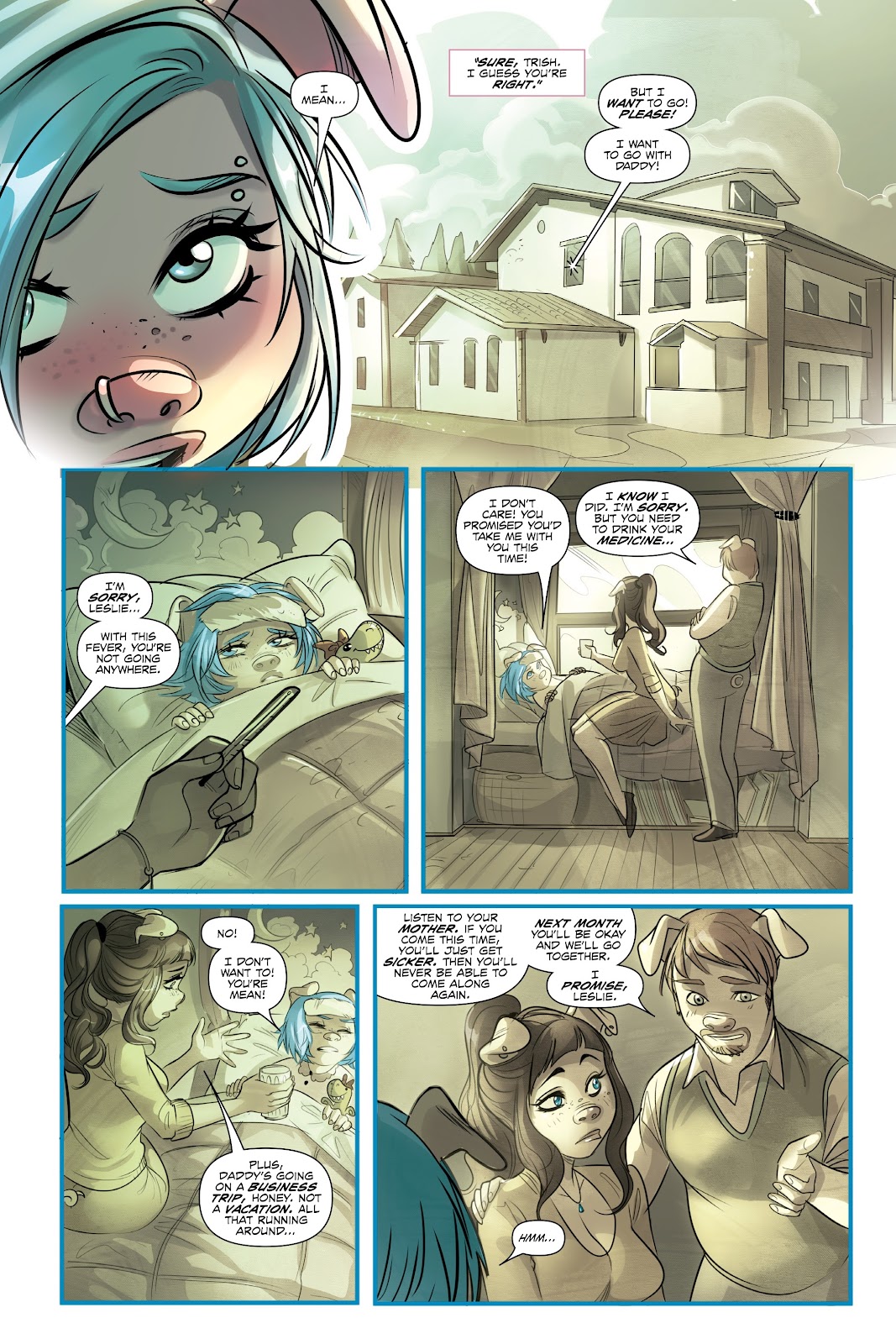 Mirka Andolfo’s Unnatural features twelve chapters of her stunning art, which holds its own even when stacked against some other great artwork in stories featuring human animals (see recommendations). It’s also the primary reason for picking up this hardcover, as the art is presented at a larger page size than in the three paperbacks Awakening, The Hunt and Rebirth.

Leslie is troubled because she has an inheritance she’s previously not known about, and is also unaware of just how scheming and ambitious her mother is. The flashbacks explaining both her childhood and her mother’s past are well incorporated, while pretty well the entire cast is strong and provided with credible motivations for their behaviour.

However, it’s the efficient world-building, great art and surprises over the opening chapters that are the strongest part of Unnatural. Leslie remains very likeable throughout, and the way everything actually slots together is well planned and slowly revealed, but the longer Unnatural runs, the more it drops into standard fantasy scenes, while the ending is rushed and extremely gruesome. The reason it ultimately disappoints is because the feeding-in of real world ignorance, albeit allegorically, and the erotic content that comes with the main story are both diminished in favour of the standard fantasy elements. It’s a shame, but Unnatural looks great.