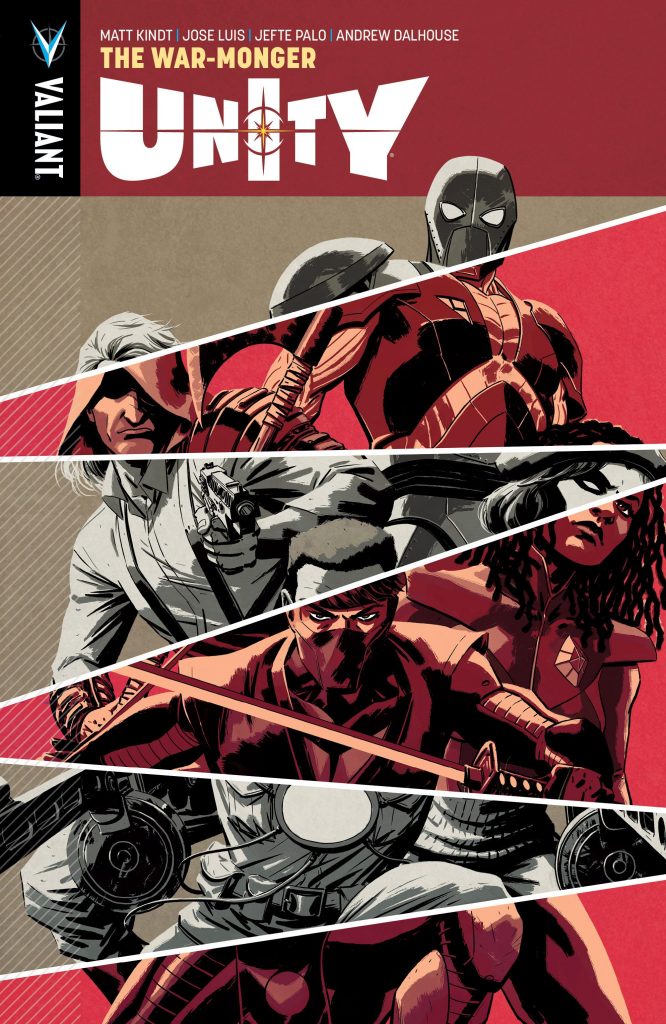 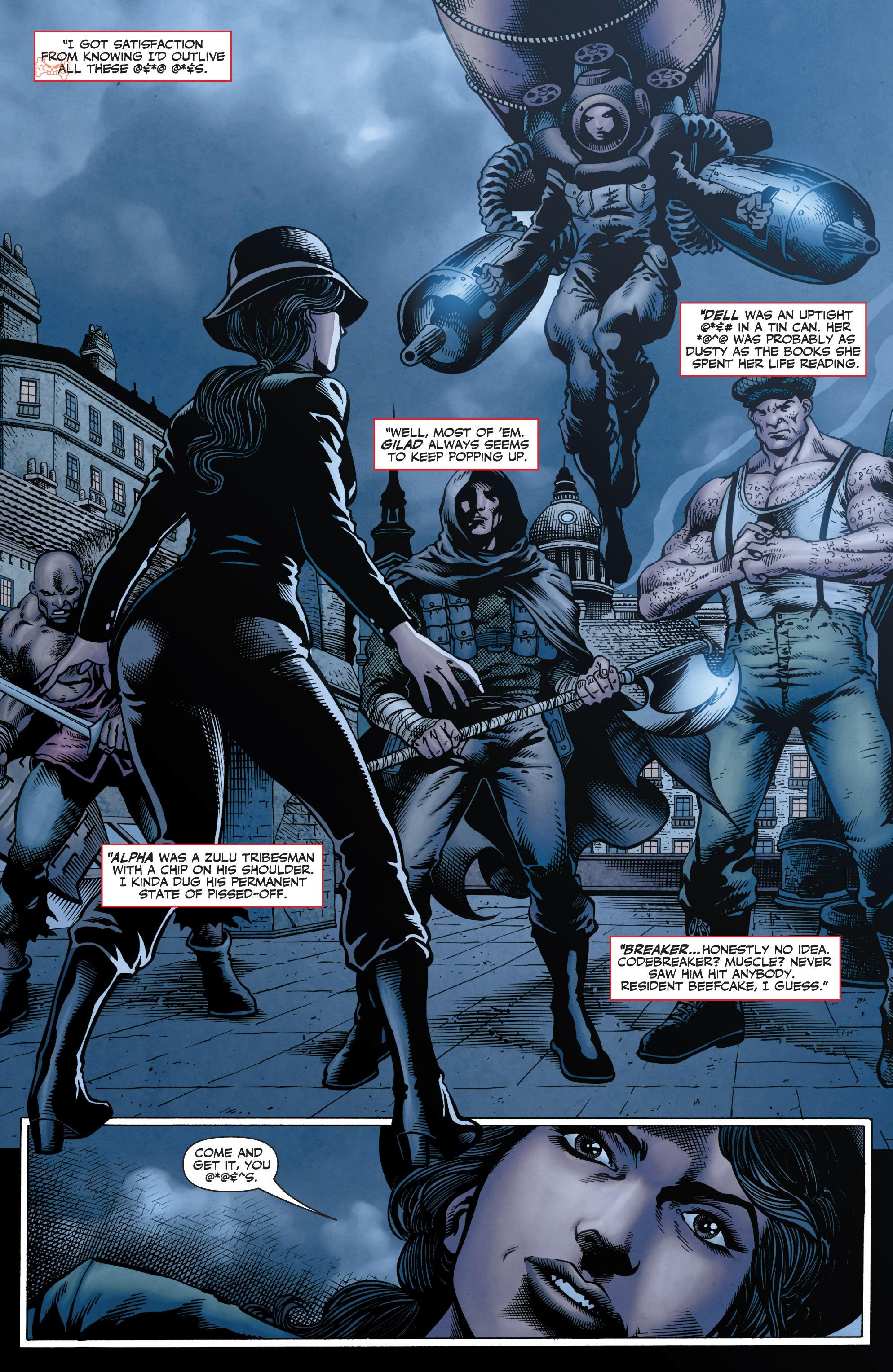 Matt Kindt changes storytelling tack with The War-Monger, named after the character introduced in the final pages of Homecoming. It’s revealed in the opening chapters that the 21st century isn’t the first era to have had champions come together to form a super team. One earlier version was introduced in The United, and here we meet others through the ages. Like Gilad, the Eternal Warrior, the War-Monger is another immortal. She’s learned to her cost that sooner or later any super team turns their attention to her, so in recent centuries she’s taken a proactive role in dealing with them before her activities come to their attention. It’s now Unity’s turn.

This, of course, is just the excuse to look at the historical super teams, and Kindt packs them with fascinating characters, also ensuring the final destinies of most are suitably vague in case they’re required for future use. These glimpses are countered by War-Monger in the present setting about the current Unity members. These are drawn by Jefte Palo in a jagged, angular style that has something of Kevin O’Neill about it, but uglier when it comes to standard humans. It’s not very appealing, truth be told. Thankfully José Luís illustrates the longer sequences set in the past with a greater elegance.

War-Monger herself is a fascinating character, of a convincing nihilistic type almost unknown to superhero comics. She’s a female equivalent of the Roman Agent in Asterix, able to sow disharmony wherever she goes, but has honed her combat skills through the ages. As he did for the previous arc, Kindt works his way through Unity as individual members, highlighting one per chapter until the well conceived conclusion. It results in the best graphic novel of the series, involving tension, fascination and sacrifice, the only drawback being Palo’s artwork.

This incarnation of Unity concludes in Revenge of the Armor Hunters.