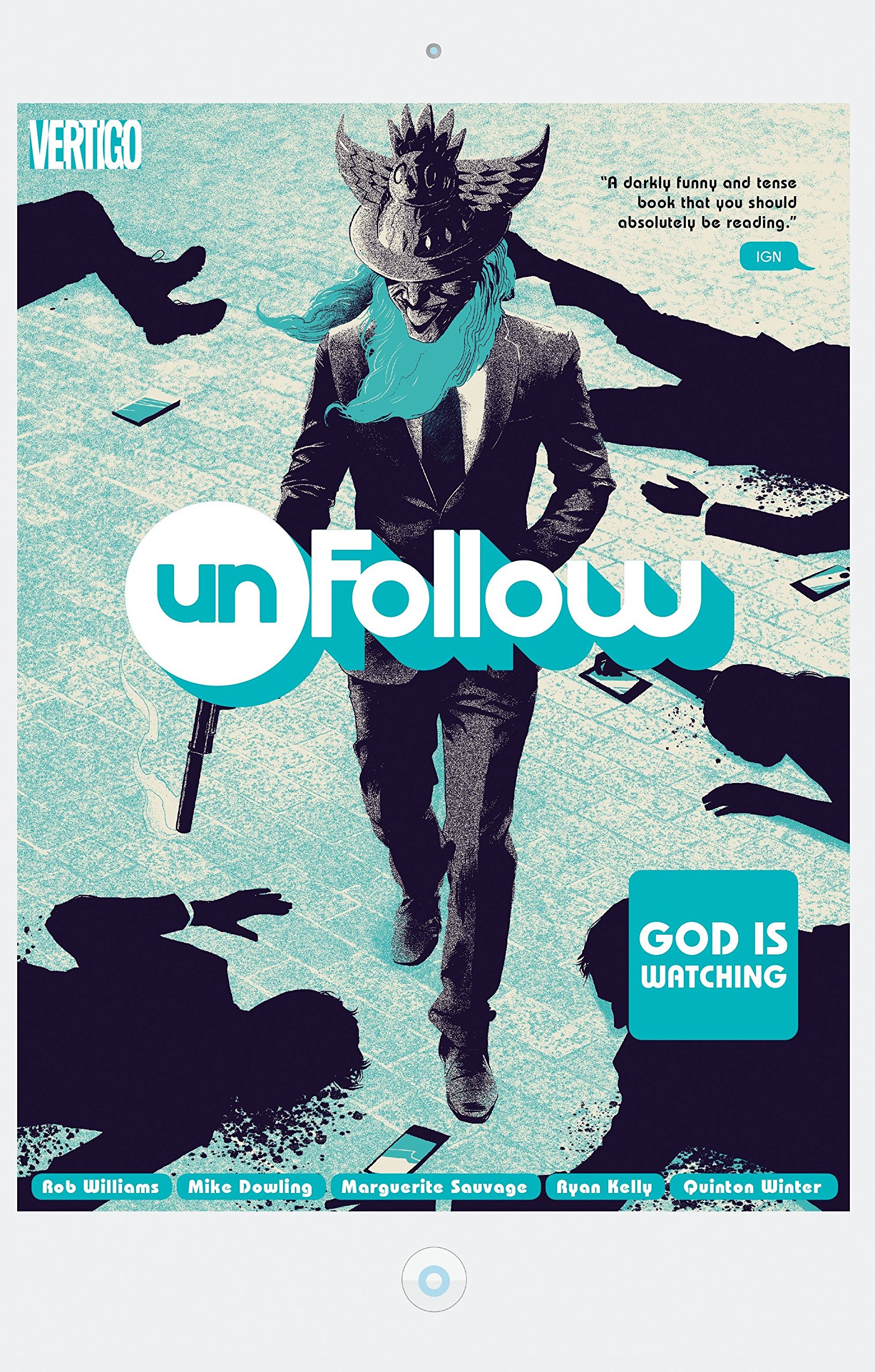 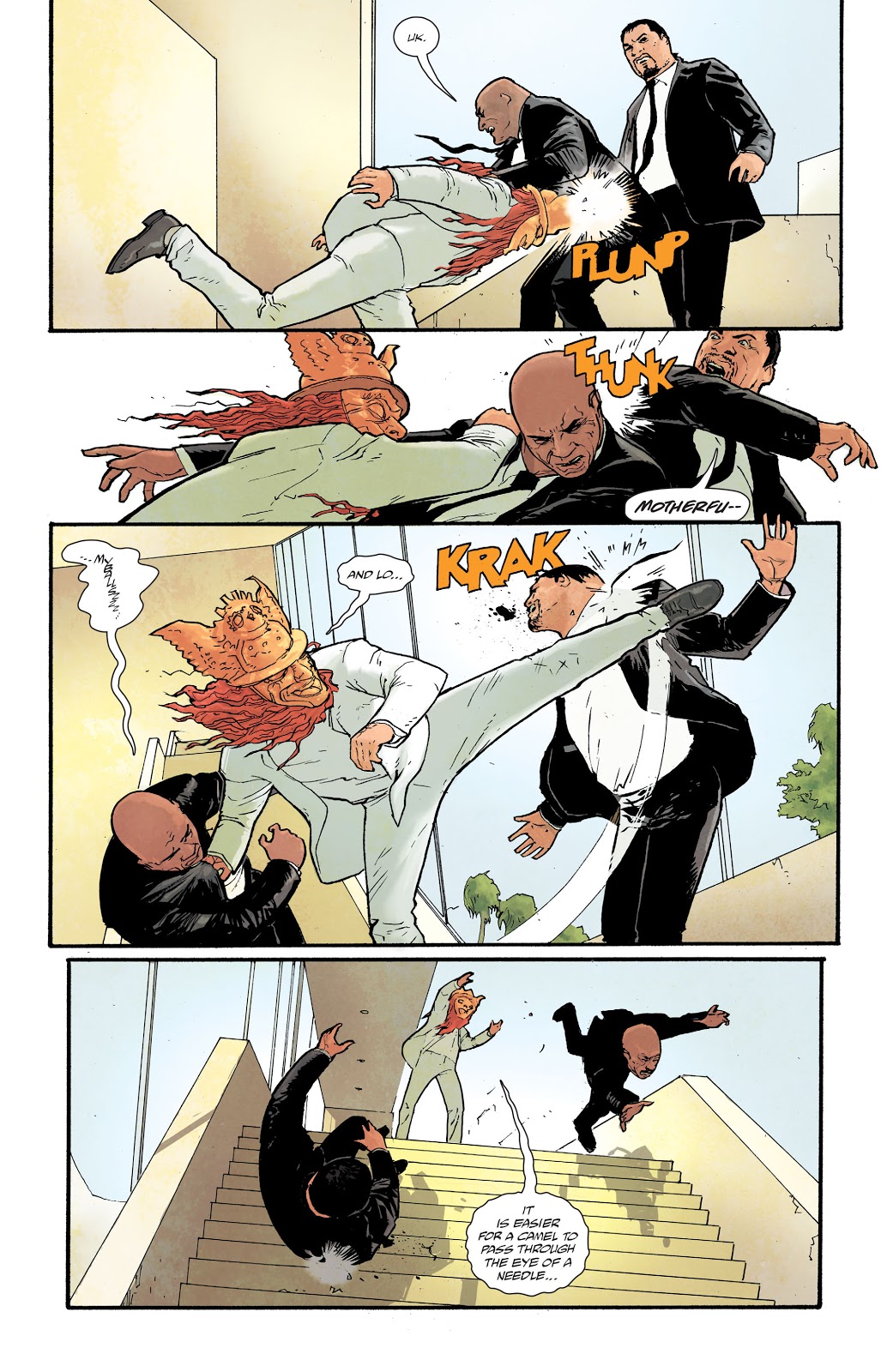 In 140 Characters, 140 random people inherited the vast fortune accumulated by Larry Ferrell, the creator of an ap used worldwide. Should any of them die, their inheritance will be returned and spread among the remainder. So far two have died. How will that bequest change the world? Well based on the opening chapter in which we learn more about Courtney and why her relationship with her father is so troubled, much of the world is treating the deal as one global reality TV show.

Rob Williams hasn’t introduced us to many of the 140, but those we have met rank from troubled to completely bugfuck on the sanity scale, most nearer the upper end. Perhaps the most deranged of them, a position that’s by no means clear cut, is Ferrell’s former right hand man, Rubenstein, who’s taken to wearing a heavy mask and assassinating members of the exclusive 140 club. By the end of God is Watching as we head for Turn it Off, the total of club members has considerably diminished.

Unfollow is a dirty story, and in places over 140 Characters Mike Dowling’s art was just too clean and polished, giving circumstances a glamour not intended, but he’s modified his approach slightly, and the enviable storytelling is now accompanied by a greater grit. Ryan Kelly’s always been able to turn his hand to a gangster reality, and is well suited, and surprisingly so is Marguerite Bennett’s very different art in an opening chapter of glamour and celebrity status she makes her own.

While the action and the insanity are set high, there’s no longer any sense of purpose to the fragmented cast. Discoveries are made, and people pulled from the comparative comfort of their previous existence, but from what Williams is showing us there’s not a single person whose life has been improved by a massive influx of money. Perhaps that’s his overall point. We’ll see.