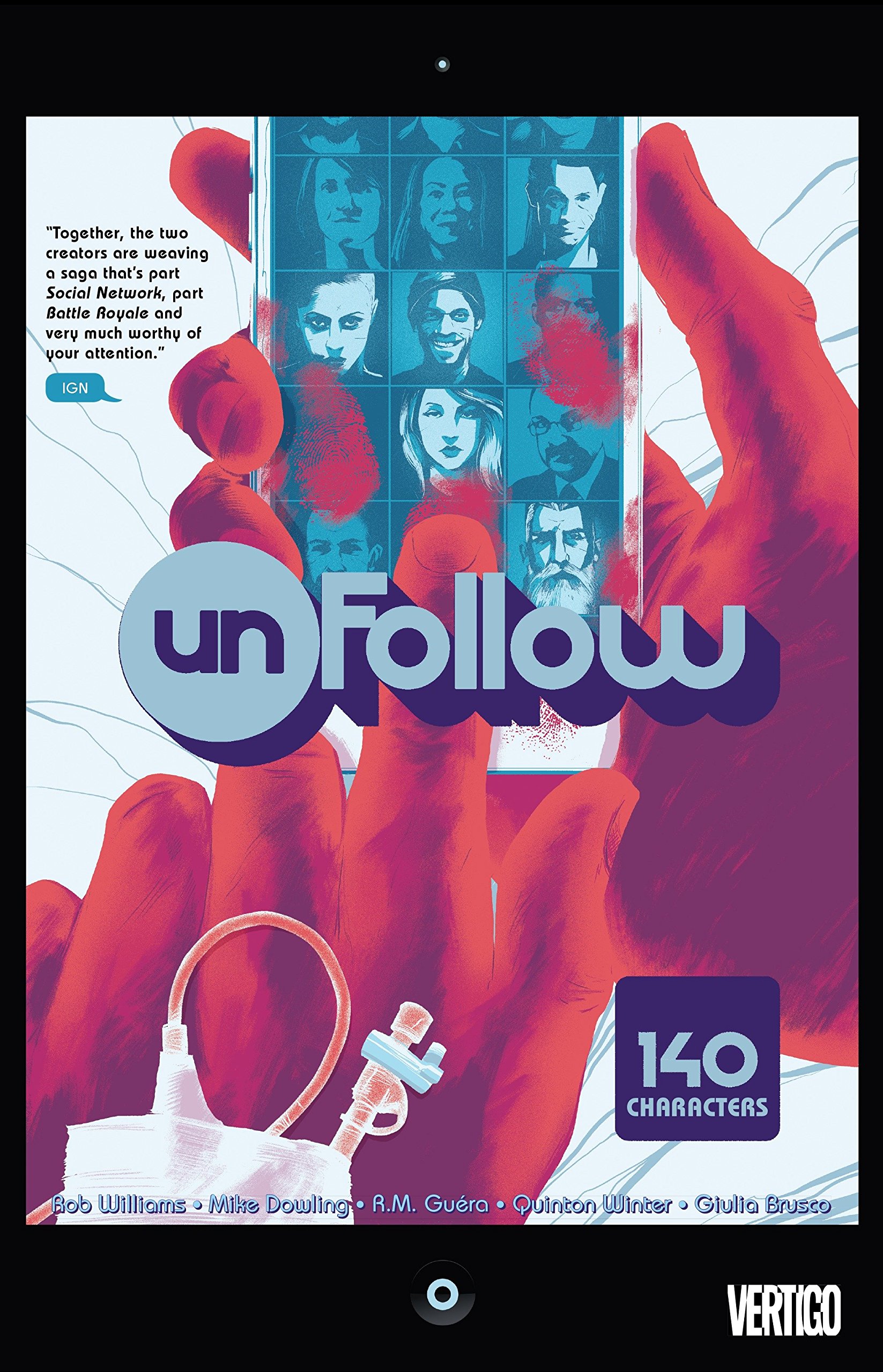 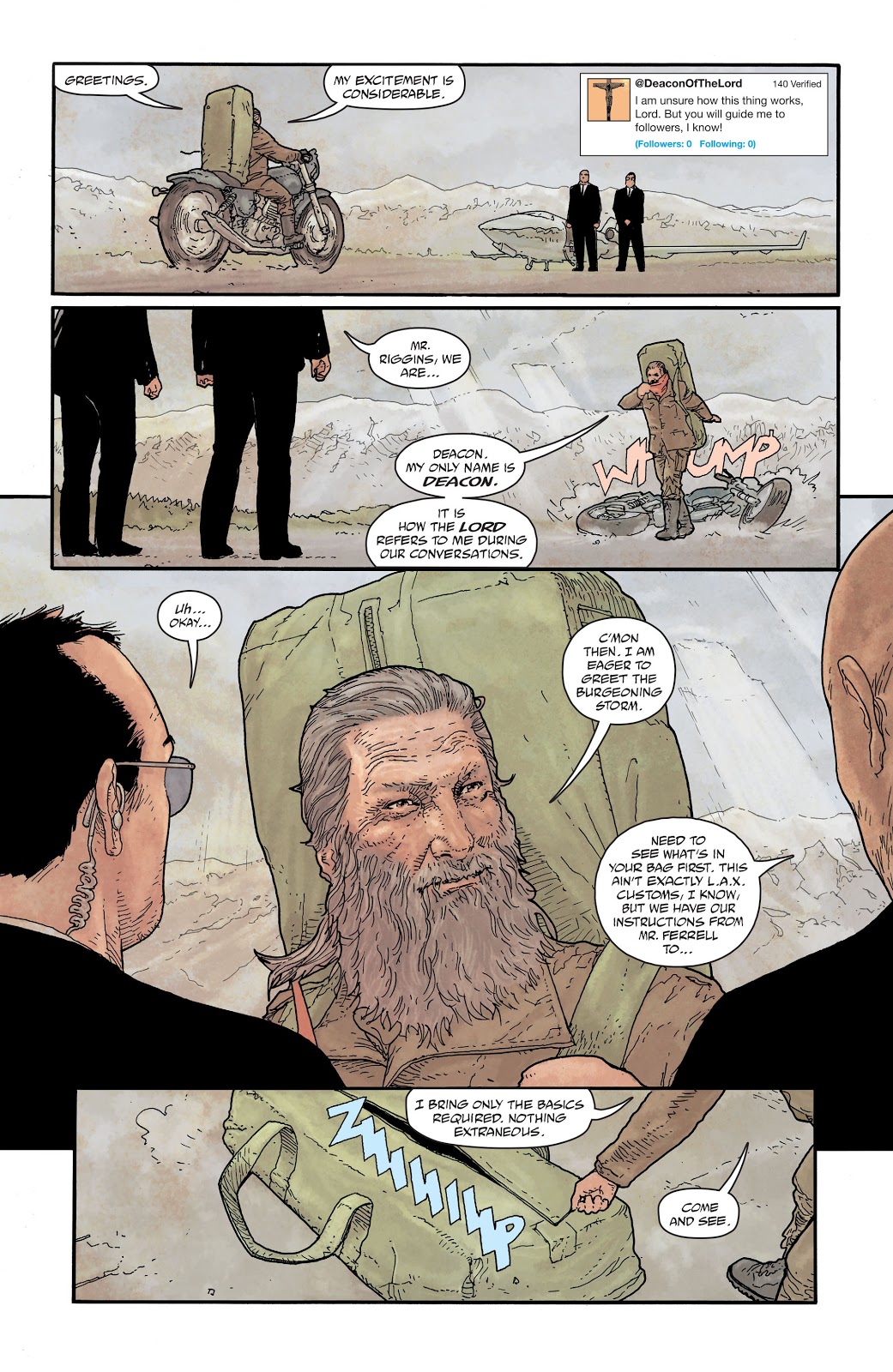 An application that Rob Williams can’t use the name of, but is known around the world as Twitter, is here called Chirper, mystifyingly changed to Headspace. Company founder Larry Ferrell is dying, and in keeping with his invention he’s dispersing his entire fortune to a random 140 characters, each of whom will be given $131,000,000. Before we’re told this, we learn there’s already something very sinister going on, and the terms of the bequest are that should any of the 140 die then their share of the money will be spread equally among the other beneficiaries. They’re not told that until episode three, but the back cover blurb perhaps unwisely gives it away.

Williams explores a lot of 21st century ideas, some inevitably in more depth than others. What constitutes too much money? How many people in power really think black lives matter? Do others live our lives for us when we follow them? How much responsibility do people bear for the consequences of what they post? Is every single one of us motivated by greed? Four people are the initial focus, with the cast expanding from there as needed, and Williams does his job well, guiding our sympathies toward certain people, hinting that some have greater substance than may be apparent, while also including complete wild cards. Their personalities are fleshed out via the occasional Chirper/Headspace post, their number of followers and the amount they’re following also of relevance.

There’s a cleanliness and precision to Mike Dowling’s art that isn’t ideally suited to the dirty deeds and manipulation going on. It’s not that he’s a bad artist, quite the opposite, but his sub-Frank Quitely style sanitises too much. The greater grit offered by R.M. Guéra’s final chapter spotlight conveys a far dirtier world, and sets an appropriate level for the delusions experienced by several of the cast. It’s the first of several individual chapters by different artists scattered through the series looking back on circumstances defining the protagonists.

The gold mine of storytelling is the ongoing story with enough characters to explore, and the ability to dip back into their pasts to see how they developed into the people they are. There may well be a narrative term, but let’s call it the Lost scenario. Williams sets that up with Unfollow, giving us enough to intrigue and transform us into his followers. The surprises are multiple, so it’s a job well done. Can God is Watching match it? 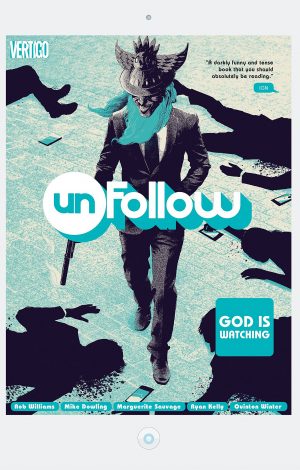 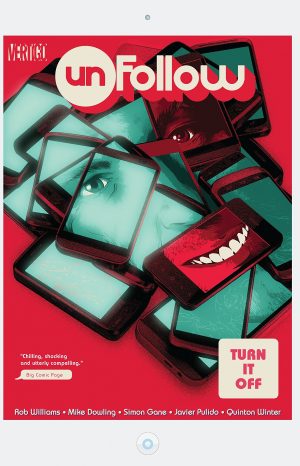 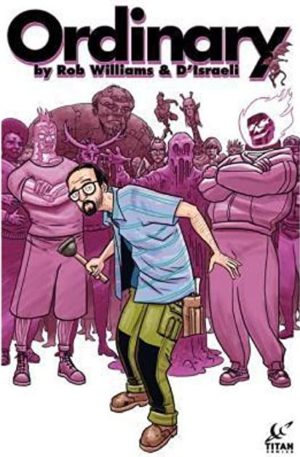 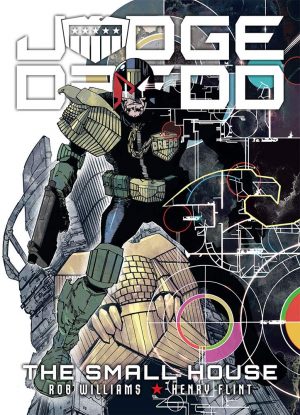