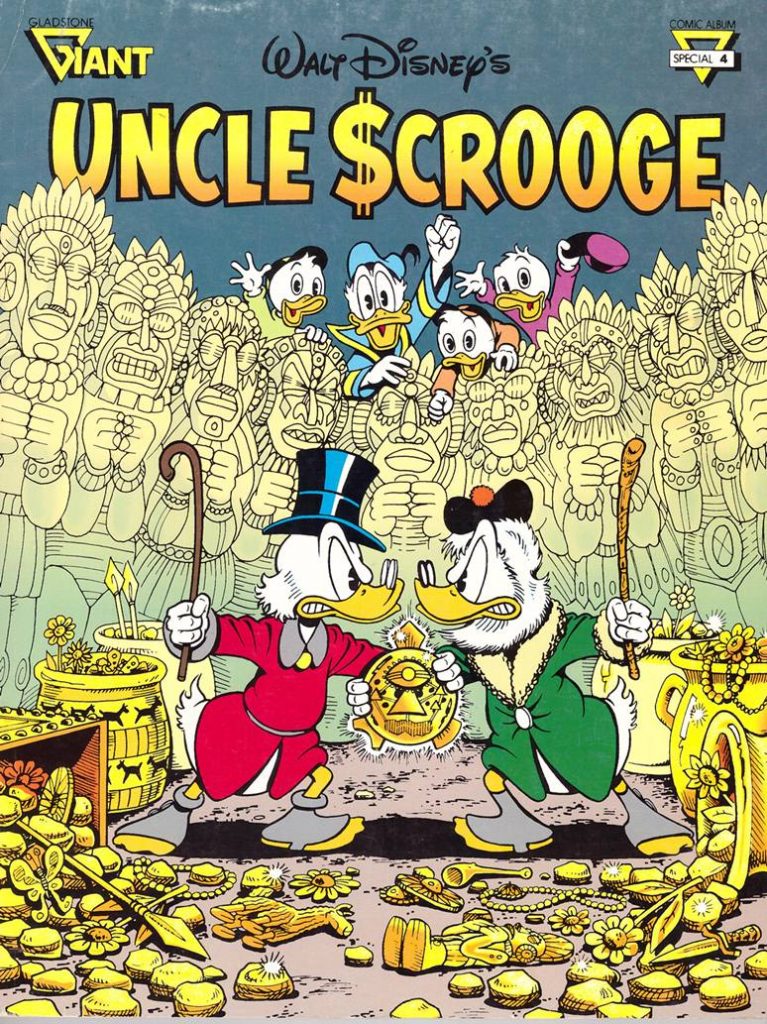 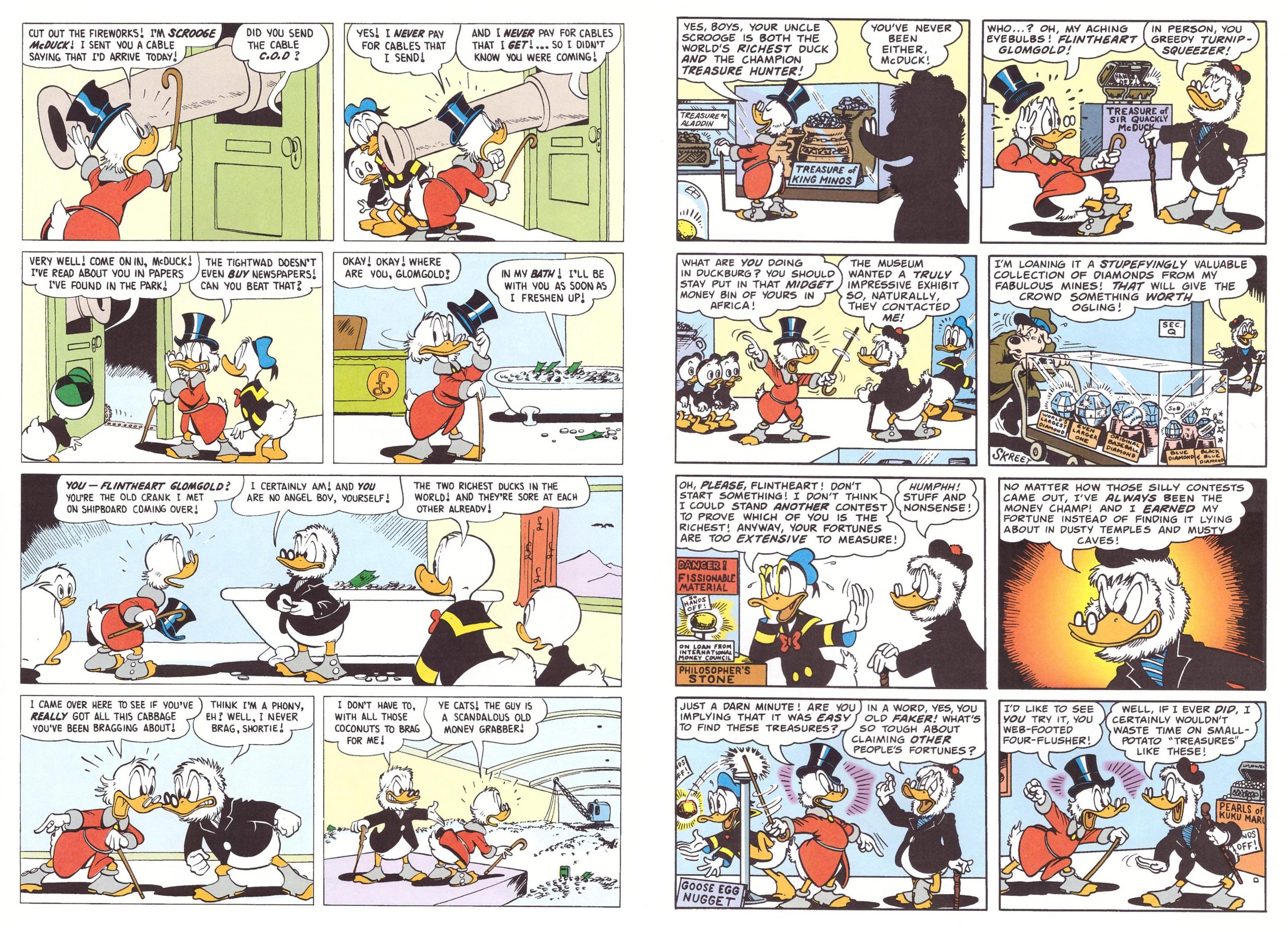 Although created by Barks as Scrooge McDuck’s irredeemable opposite, Flintheart Glomgold was a character he rarely used, only three times in fact, all included here. One is a stone classic, one is very good indeed, and the third, produced toward the end of Barks’ career is uninspiring, yet Glomgold was a character who resonated with subsequent creators far more than with his own, entering the pantheon of classic Scrooge foes, and Rosa does him proud.

Glomgold’s introduction is in ‘The World’s Richest Duck’. He institutes a competition to determine whether he or Scrooge should have the title, Barks underlining the pointless nature of it with everything coming down to pieces of string. That’s not Barks’ entire motivation, though, which is to present Scrooge as he might have been had it not been for the tempering effect on his character that Donald Duck and his nephews have. Scrooge’s greatest vanity is his fortune, yet they convince him that underhand tactics and cheating are wrong, the story’s tension coming from there being no such limitations on Glomgold. It’s a Barks masterpiece, and now most easily located in the Fantagraphics collection The Lost Crown of Genghis Khan.

Also very good is Glomgold’s second appearance, when he challenges Scrooge again, this time in Duckburg, convinced he’s now increased his fortune enough to be richer. Skullduggery and deceit are the order of the day, with Glomgold’s desperation for acclaim leading him astray, first by stacking the odds, then by cheating. Barks underlines Scrooge’s ethical superiority nicely by having him reject the sneaky help that Glomgold jumps at. This time Scrooge makes his own decision, not requiring the conscience of his nephews. As of writing ‘The Money Champ’ is due for inclusion in the next Fantagraphics collection of Barks work.

Barks’ final use of Glomgold is disappointing. A villain was needed for a story in Africa, and Glomgold is duly supplied in a piece that has little to do with his wealth. This is from Barks nearing the end of his career, and while the drawing is as good as it ever was, his plotting lacks the finesse of earlier stories, telegraphing gags that are then over-extended, although anyone who enjoys one of his animal stampedes won’t be disappointed.

Rosa’s story from over twenty years later has him pouring the love and the references into ‘Son of the Sun’. It was his first full length duck story, and at the time he had no way of knowing if he’d ever produce another, and so packs the opening pages with little grace notes to Barks’ works. The entire story is Rosa working to Barks’ adventure template, but infused with original ideas and the art opening up into the half page illustrations Barks used to present nature at full force. Rosa isn’t quite the artist he’d become, packing his panels too tightly and not always consistent with the duck figures, but vast enthusiasm trumps any minor faults. Rosa has cited ‘The World’s Richest Duck’ as his favourite Barks story, and his loving homage is also memorable. That’s now best found in the first volume of The Don Rosa Library Vol. 1.

Three excellent stories from two masters of the duck world still makes for a great read.