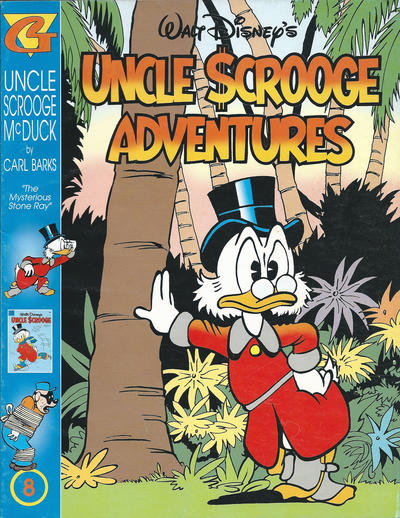 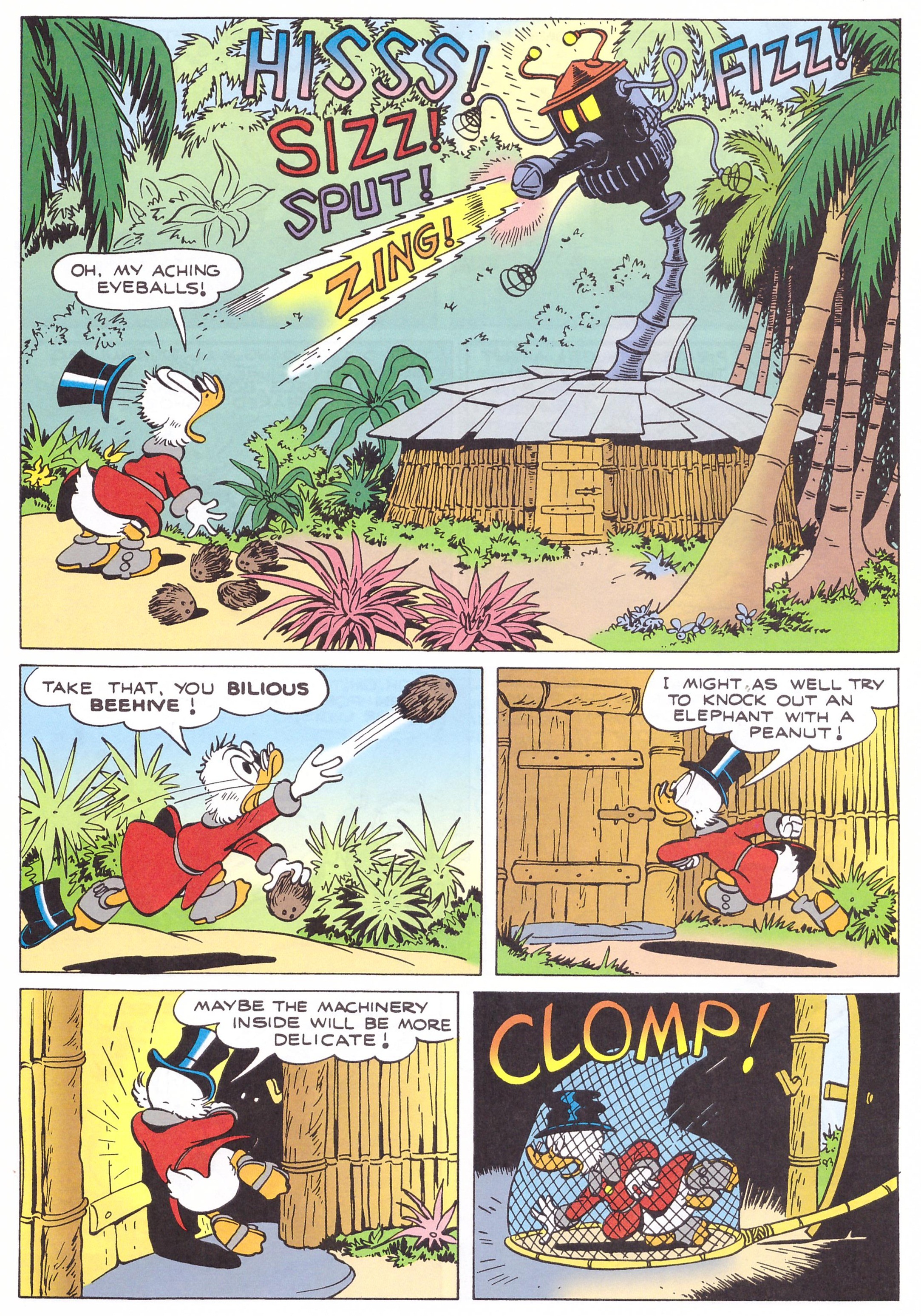 Several early long form Uncle Scrooge tales begin with Scrooge receiving medical advice that an odd condition requires his leaving Duckburg for a fresher climate. In this case he’s feeling tired and heavy, the condition resulting from his pores being clogged with gold after diving through his money bin too frequently. Having checked the Beagle Boys are out of town so won’t be attempting to rob him, Scrooge is taken with a plea for help from a remote island that washes up in a bottle Huey, Dewey and Louis have found. Once located, the island proves to have several surprises in store, including the mysterious ray of the title.

Without wanting to give too much away, this is possibly the only story in the entire history of comics when the unpleasant aroma generated by cooking cabbage is pivotal to the plot. Aspects of ‘The Mysterious Stone Ray’ number among the most surreal and bizarre Carl Barks ever included in a story, and the central contraption would take almost no alteration to feature in the science fiction comics of the 1950s. Maybe Barks was satirising these stories. If accepting the nutty elements, it all hangs together well enough to produce an exciting and amusing children’s adventure, but the more enquiring adult mind will be struck by the level of convenience required to make the plot work.

On the other hand there are also elements of great poignancy, particularly Scrooge’s concern over what occurs to his younger nephews, and the Wizard of Oz style revelation when the curtain is drawn back. The slapstick permitted by a ray that transforms living creatures to stone is fully exploited, and the design of that machinery is fantastic. The abiding question is what prompted Barks to conceive the plot?

A back-up strip reveals that scandalous amounts of money dispensed during electoral campaigns is hardly a modern-day issue. Scrooge bemoans any kind of spending, but discovers without it there’s no-one to listen to what he has to say. The pay-off gag is rather contrived, but heartwarming, and as ever, the cartooning is fantastic.

It’s possible to locate this as an individual album, along with accompanying trading card, but the story is now better purchased along with several others in the 21st century Fantagraphics collection The Seven Cities of Gold. There it’s contextualised and that volume is available at roughly the price this slim album now fetches.