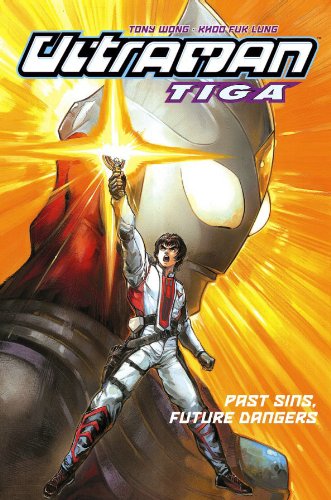 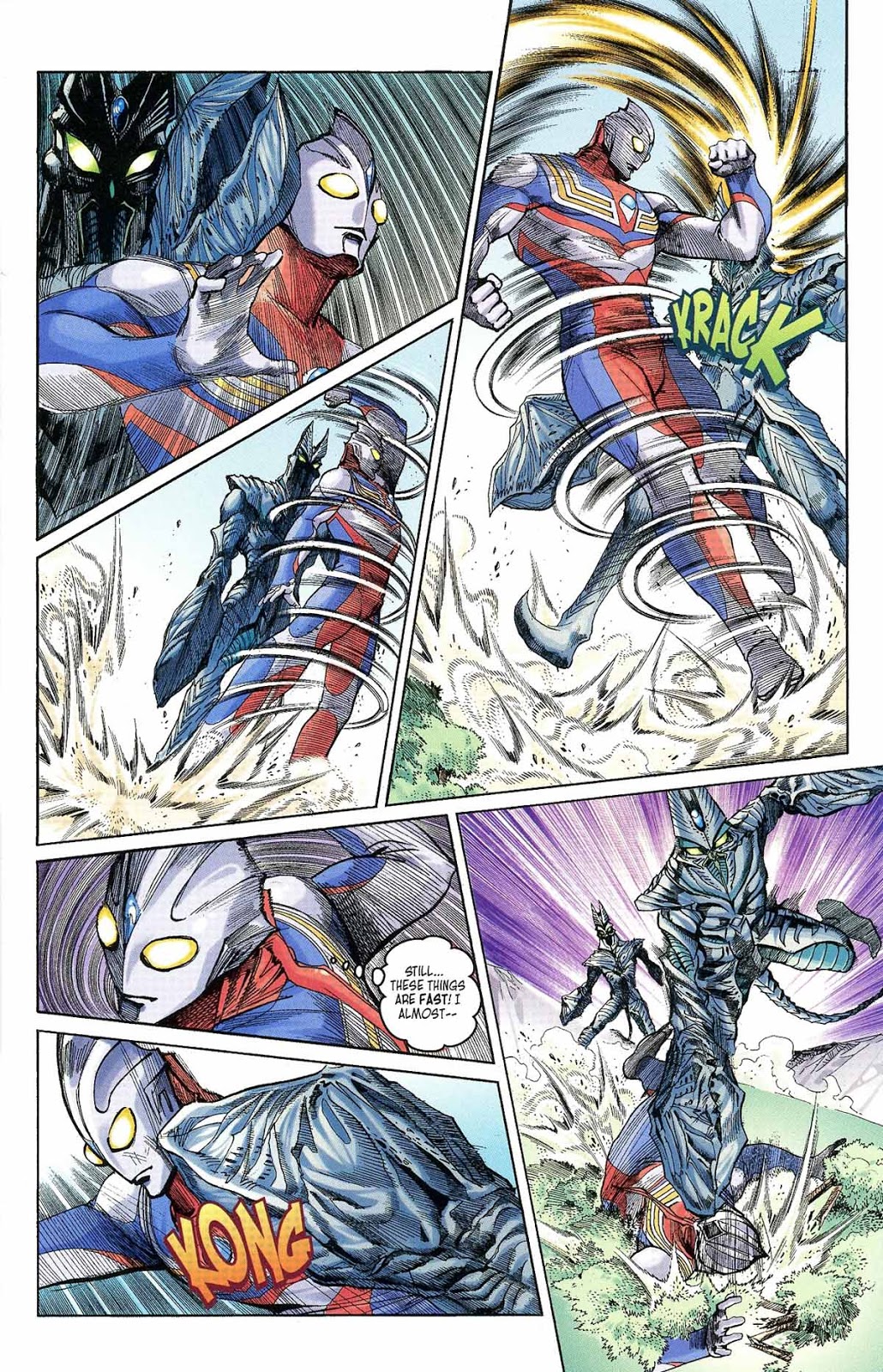 Past Sins, Future Dangers sees the creative team of Tony Wong and Khoo Fuk Lung move away from adapting episodes of the Ultraman Tiga anime series, screened on Fox Kids, to create their own original stories around the theme. It’s still the basic premise as seen in Return of the Warrior, but with far greater emphasis on the individual members of the Global Unlimited Task Squad, or GUTS as it’s known. This time round instead of just being Daigo and some background figures, Wong fleshes out  how other cast members came to be part of such an elite team, although the process also involves a hefty infusion of melodrama as he seems to be channelling Stan Lee’s 1960s dialogue.

Not shackled by having to fit the content of an animated episode into a set amount of pages is liberating for Lung, whose art art looks far better here. The skill was obvious last time, but this time there’s room for him to show more than the action sequences, and he proves a dab hand with the locations and expressive with the people while still producing some mighty action. He’s a real workhorse as well, giving extra value by the detail he supplies on things like the mechanics of a plane’s wheel. As before, most of the illustration is linework, but he slips into painting for some dramatic moments, or flashbacks.

Ultraman Tiga is more sparingly used here. When he’s called on he still dominates in long action sequences, but Wong generates the tension from the actions of the GUTS team and what’s going on around them. A corrupt general is well used, and Wong’s creation of shape-shifting alien Makila has some depth and background, the resulting blob of malice an entertaining villain.

It’s a real shame Return of the Warrior didn’t hit the spot, not least because when originally published it probably put people off picking this up, figuring they’d just be getting more of the same. It’s far, far better, and a proper testament to why Ultraman is such a long-lasting character.