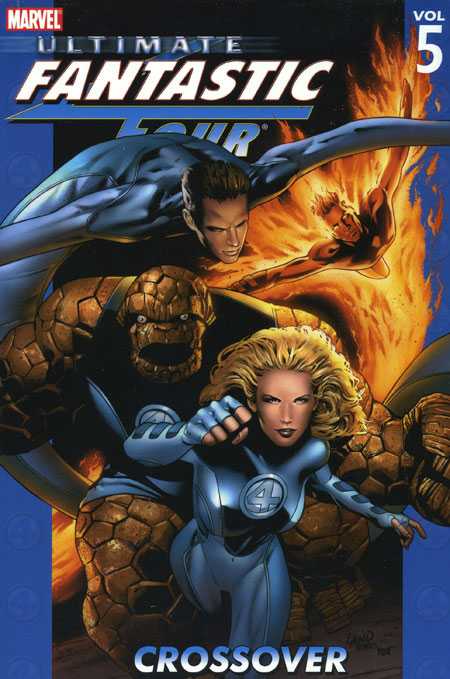 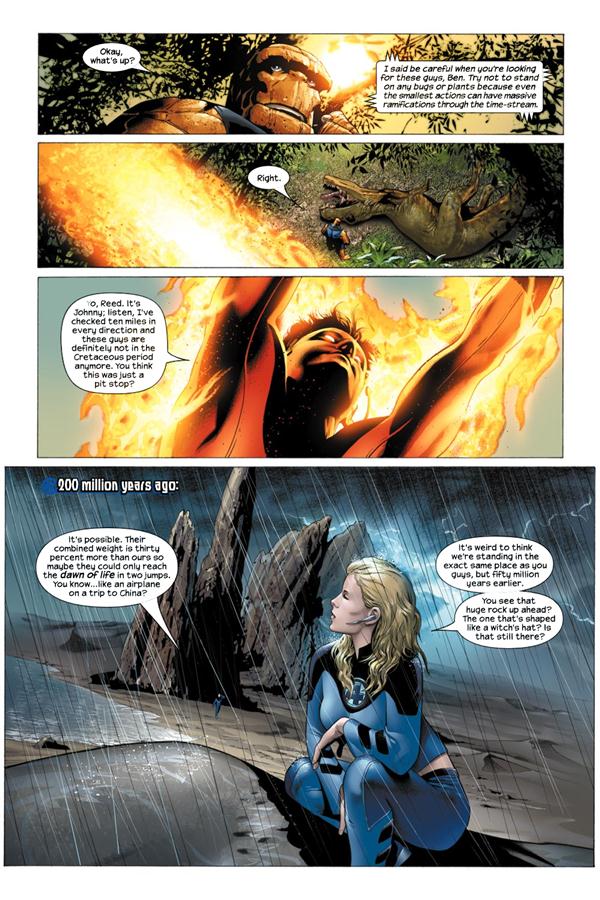 The Fantastic Four were very publicly revealed at the conclusion to N-Zone, and while that was more or less ignored during Inhuman, Crossover begins with considerable public acclaim and awareness, and working with the Ultimates.

However, that’s not what the volume is known for.

Mark Millar applying far greater real world logic to this version of the FF in The Fantastic resulted in a thrilling introduction, but his contribution to Inhuman was disappointing. Thankfully this is a return to form. He has the bookish Reed Richards enjoying the new celebrity status and deciding he wants to continue being a superhero, even if that impacts on his research. He’s even been in contact with the Reed Richards of another world who’s several years older and able to offer a different perspective, encouraging Reed to travel to his world for a meeting. That’s when the real trouble starts.

Crossover introduces the Marvel Zombies, a franchise that would prove a great short-run success. After all, what’s not to like about a world where almost every Marvel hero and villain is a zombie, hungering for human flesh? It’s a remarkably compacted story, packing the thrills into three chapters, or two if considering that the first is largely set-up. Greg Land draws the hell out of the zombies, pouring detail into every panel, and creating feral alternatives of what should be comforting heroes. That’s perhaps not the case for the Hulk, but Land’s version of him is even more terrifying than usual.

Land also illustrates the second story, and in equally impressive fashion, featuring another Ultimate universe introduction. So far, in Ultimate Fantastic Four at least, revisions of known characters have remained relatively true to their standard universe counterparts, if visually redesigned. Namor is different. His arrogant and condescending personality is much the same, and indeed he looks much the same, but in this universe there’s no misunderstanding what he is, and Millar toys with audience expectations. It comes along with the introduction of a character unseen in the original Marvel universe, yet intimately connected with the Fantastic Four. She’s almost as offensive as Namor. Unfortunately, while the first two chapters have the necessary oomph, this doesn’t hold up as well, Millar providing a lazy solution enabling Land to draw multiple other heroes, but it’s cheap, and the final method of dealing with Namor is at least different, but unconvincing.

Still, five very good chapters out of six is a decent percentage by any standards, so pick up Crossover and look forward to Millar’s finale on Frightful. Both books are combined as the third Ultimate Fantastic Four hardcover. 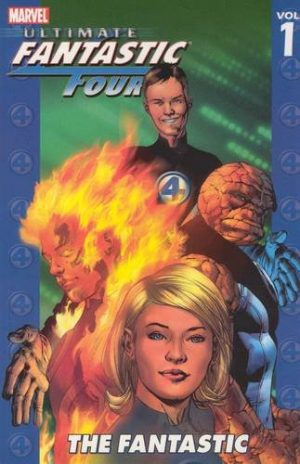 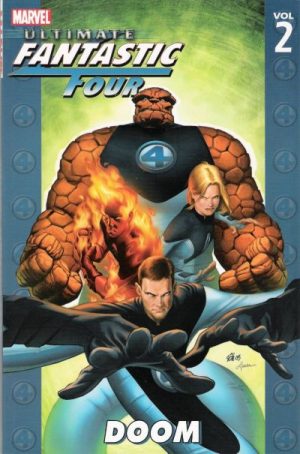 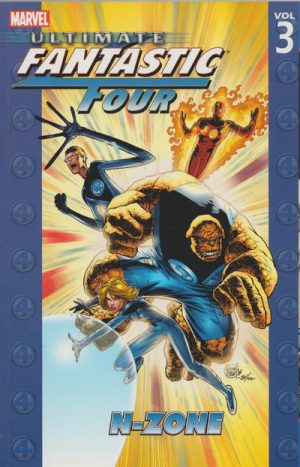