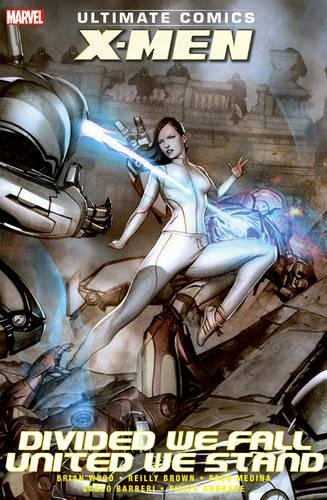 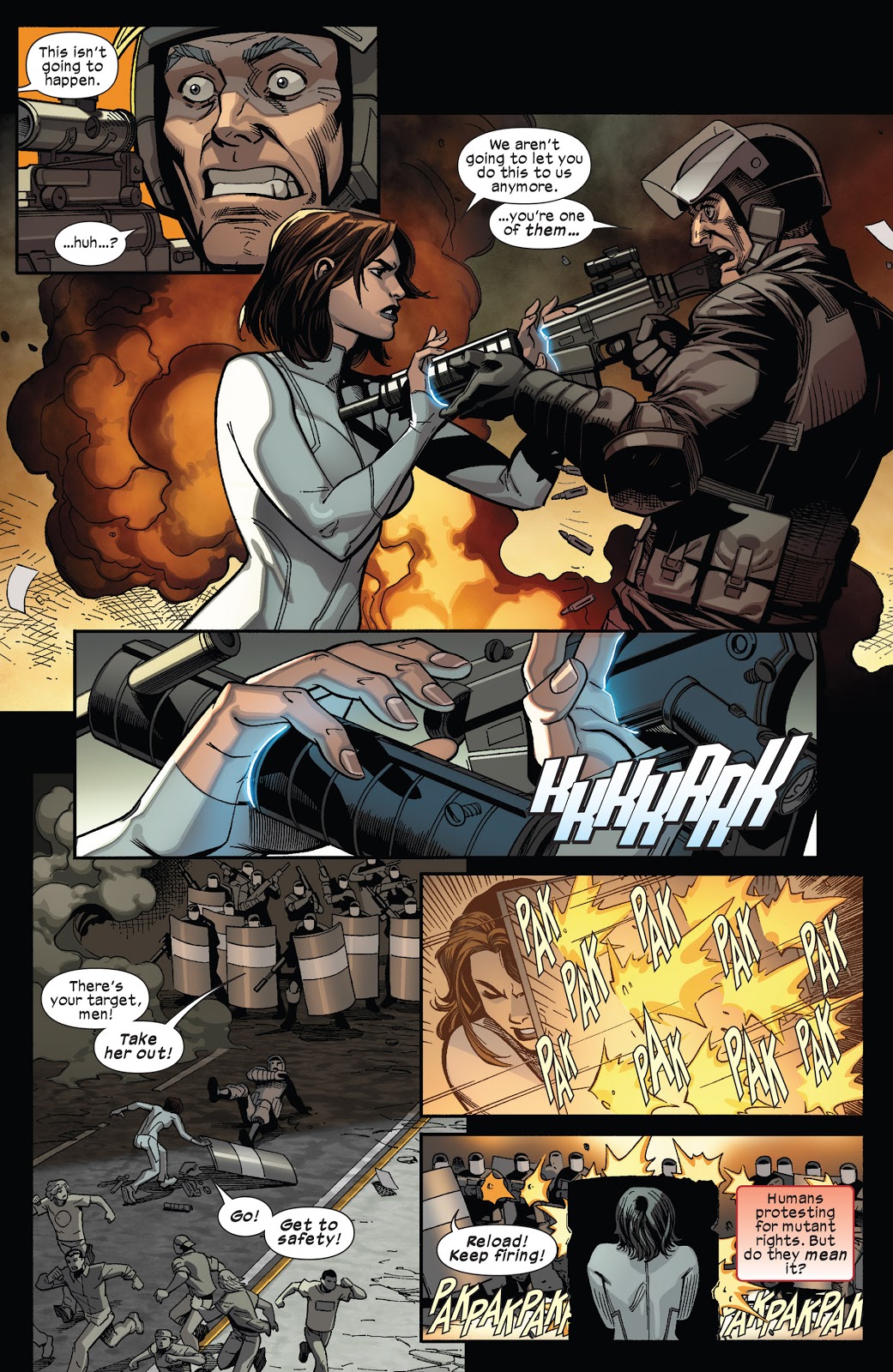 This review concerns the British volume, as in the USA this content was incorporated into the bulkier Ultimate Comics: Divided We Fall, United We Stand. The previous two volumes of Ultimate Comics X-Men have fed into a wider Ultimate universe disintegration at the heart of all Ultimate Comics graphic novels. In this instance a thorough reading of companion series Ultimate Comics: The Ultimates volumes 1 and 2 will greatly enhance understanding of the parlous state of this alternate universe in its darkest hours.

Stumbling from one mistake to another, as seen in Vol.2/His Will Be Done, the President failed to improve anything, and mutants are still being hunted despite their origins in a government program of genetic manipulation being made public. He and the entire cabinet paid for his lack of foresight. Hopelessly out of his depth, acting President Howard declared martial law and the second American Civil War began.

Brian Wood takes over as writer for a volume that’s part of an imprint-wide crossover in which sees America fall into chaos and civil war. The events affect and are seen from the points of view of a new Spider-Man, a restored team of Ultimates and the current crop of X-Men.

Former X-Man Karen Grant (nee Jean Grey) had been secretly continuing Charles Xavier’s dream of fostering human/mutant co-existence and had gathered a few young mutants together for safety. After vanishing during the burgeoning Asian conflict her role had been taken up by “Mutant Terrorist” and public enemy Kitty Pryde. She’s gathered Jimmy Hudson, son of Wolverine, Iceman Bobby Drake, Marian “Rogue” Carlisle and Human Torch Johnny Storm, all laying low. They’re now accidental guardians to a group of mutant children found in tunnels beneath the city.

When President Howard officially cedes control of the Sentinel-held southwest states to human anti-mutant militias and mechanical murderers it legitimises the mass murder of mutants. It seems the best bet for mutant survival is their own mutant nation amid the crumbling USA.

This bombastic battle for life, liberty and honour is deliberately tangential to the other story arcs comprising the full saga (and can thus be read independently if desired), and Wood provides a rocky road to what may or may not come about. The usually darkly trenchant, nihilistically cynical Ultimate fare is sweetened here by a powerfully uplifting message of hope for the determinedly worthy that is both satisfying and keenly tantalising. However for maximum impact you really should read the other two collections in this triptych. 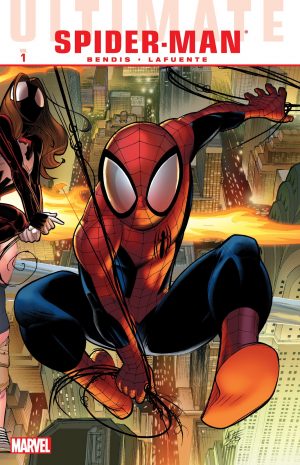 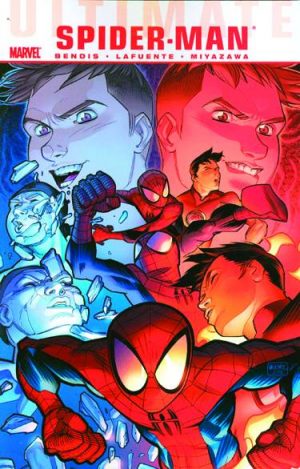 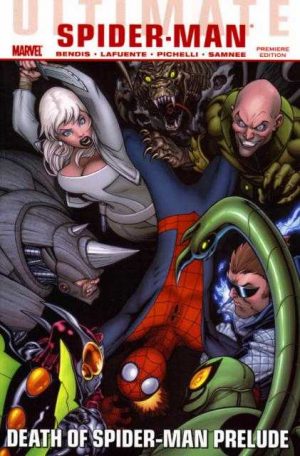 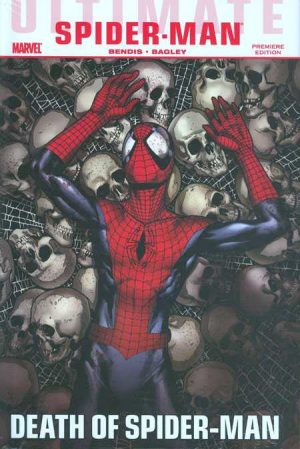