Ultimate Comics X-Men Vol. 2/His Will Be Done 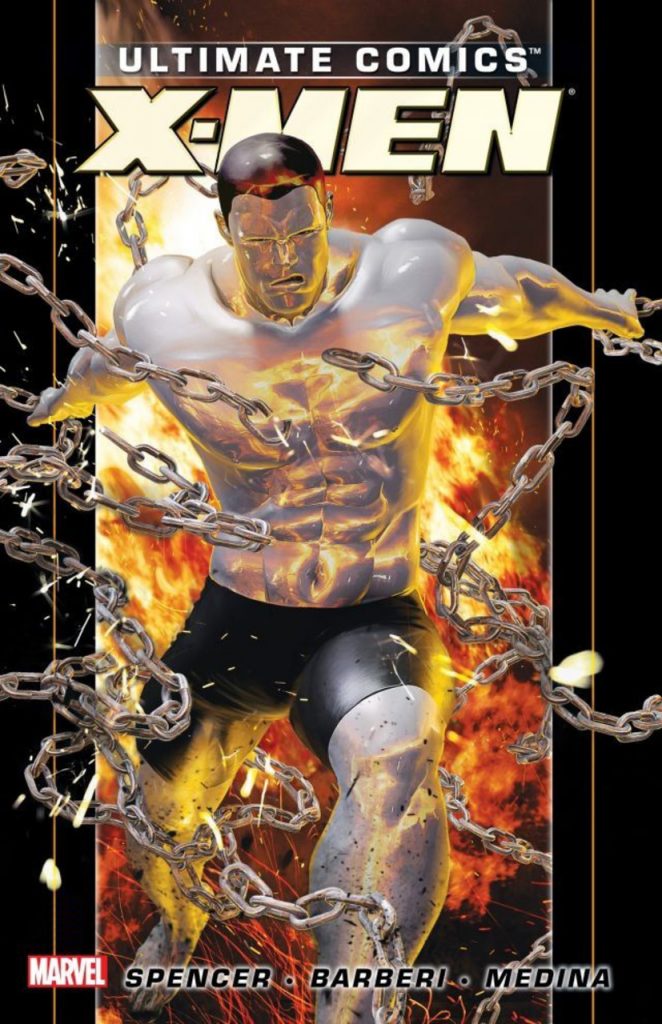 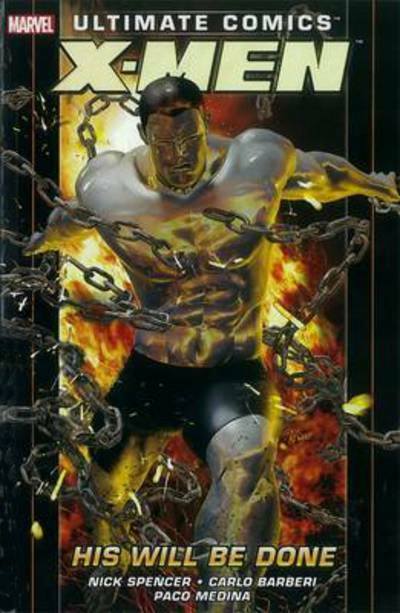 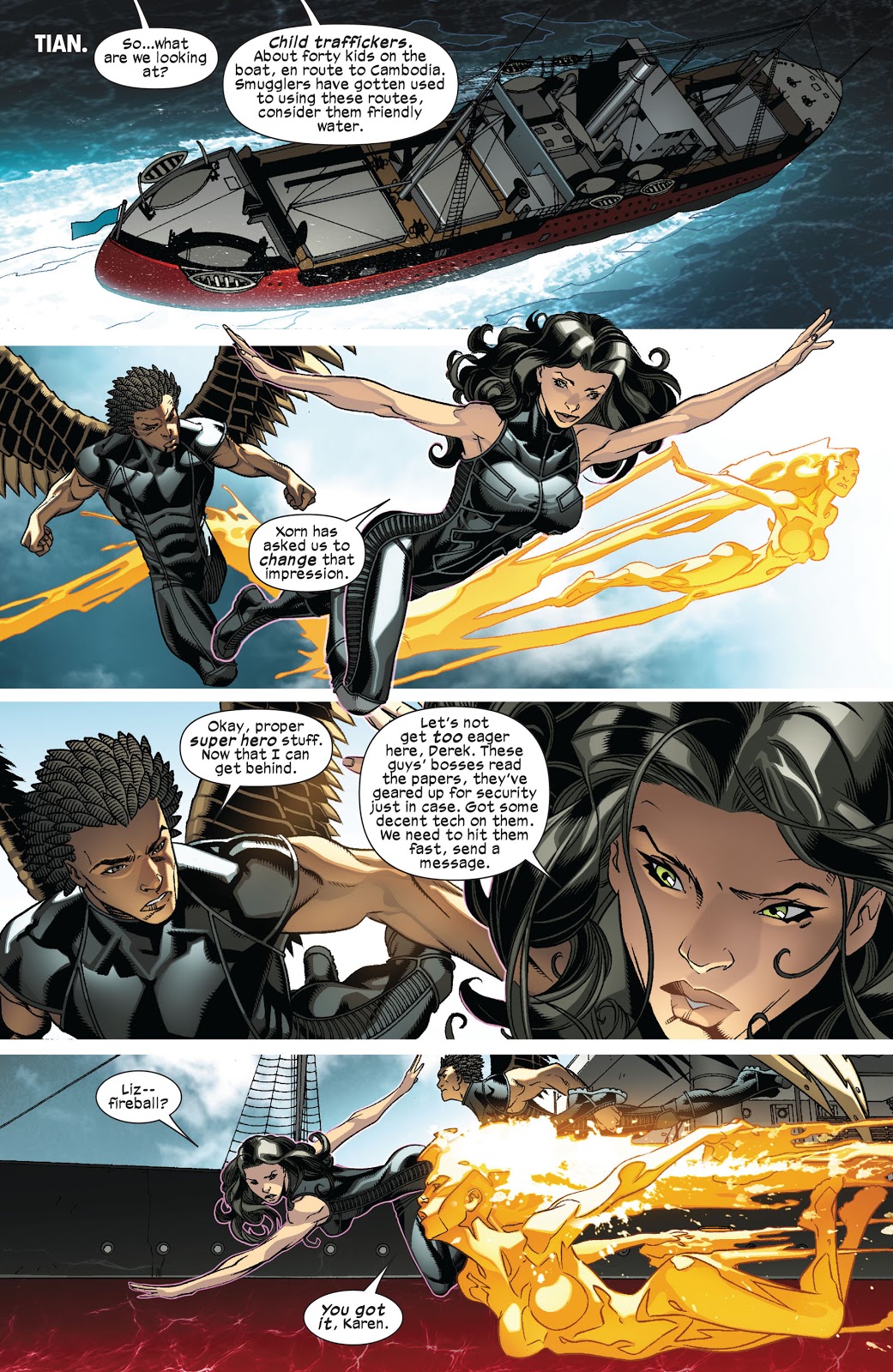 The alternate Ultimate world is beginning to crumble from a horrific tide of ongoing disasters, while the USA has been forced to admit that mutants aren’t a random genetic variation, but the result of covert genetic manipulation. As seen in Vol. 1 (or Reborn in the UK editions), it’s not only put the block on former X-Man Karen Grant (nee Jean Grey)’s plan for a new X-Men team, but drove her young charges into a state of rebellion. Worse still, the President inexplicably sidelined S.H.I.E.L.D. director Nick Fury in favour of co-operation with Magneto’s son Pietro Lensherr who had inherited control of the terrorist group known as the Brotherhood of Mutants. Even worse than that fundamentalist preacher Reverend William Stryker seized control of the government’s Sentinel technology and used it to attack mutants all over America as part of his genocidal crusade to purify humanity.

With Nimrods executing victims everywhere, Vol. 2 (His Will be Done in UK editions) opens as Pietro, reeling at the repercussions of his failed scheme, is unable to outrace the deaths he has caused amongst his rapidly depleting people. His guilt-charged flight leads to a savage confrontation with his missing sister Wanda and the revelation that the world’s deadliest mutant has returned.

Meanwhile in Asia, two floating cities house the Earth’s latest metahuman races. Both Celestials and Eternals are the result of state-sponsored scientific tampering which turned thousands of unwilling victims into another deadly super-powered population threatening embattled humanity just by existing. Moreover their ill-advised creators had already released a tailored-plague neutralising those genes that caused mutants to develop, hoping to corner the market in living weapons by eradicating naturally occurring super-humans.

Nick Spencer with artists Carlo Barbieri and Paco Medina keep the pages turning with a politically astute reworking of the perennial mutant threat plot. The reboot concludes in Divided We Fall, United We Stand. 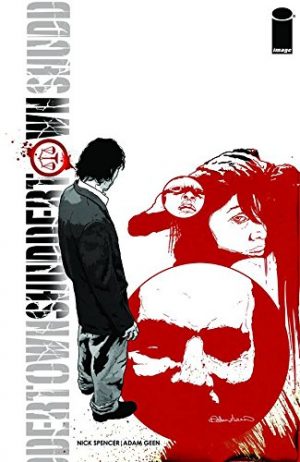