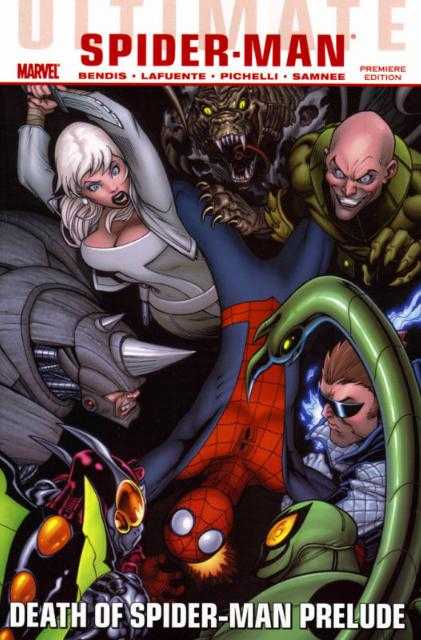 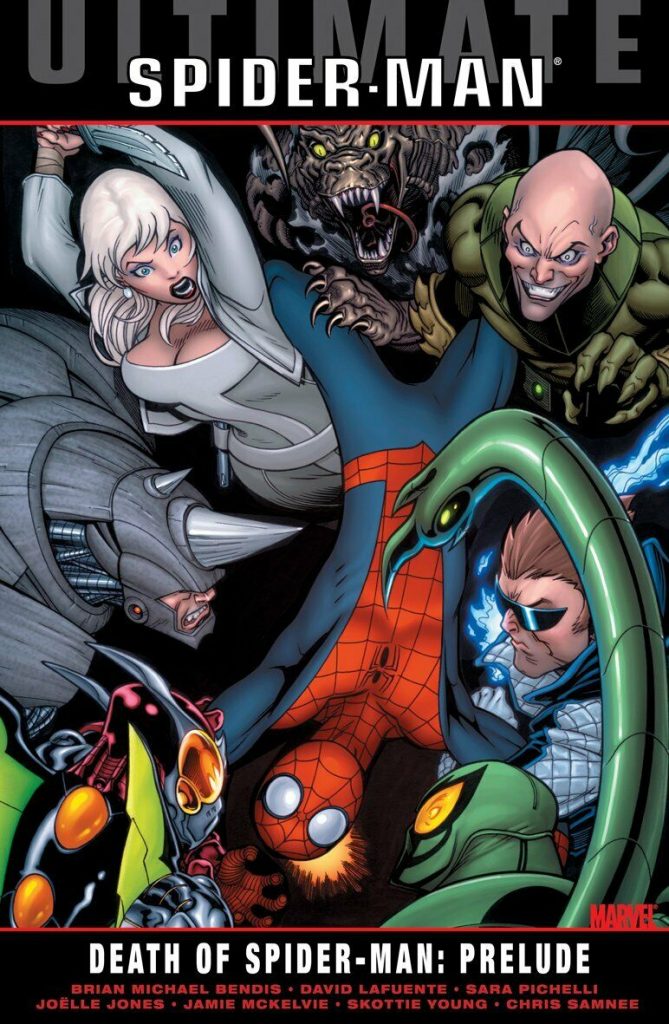 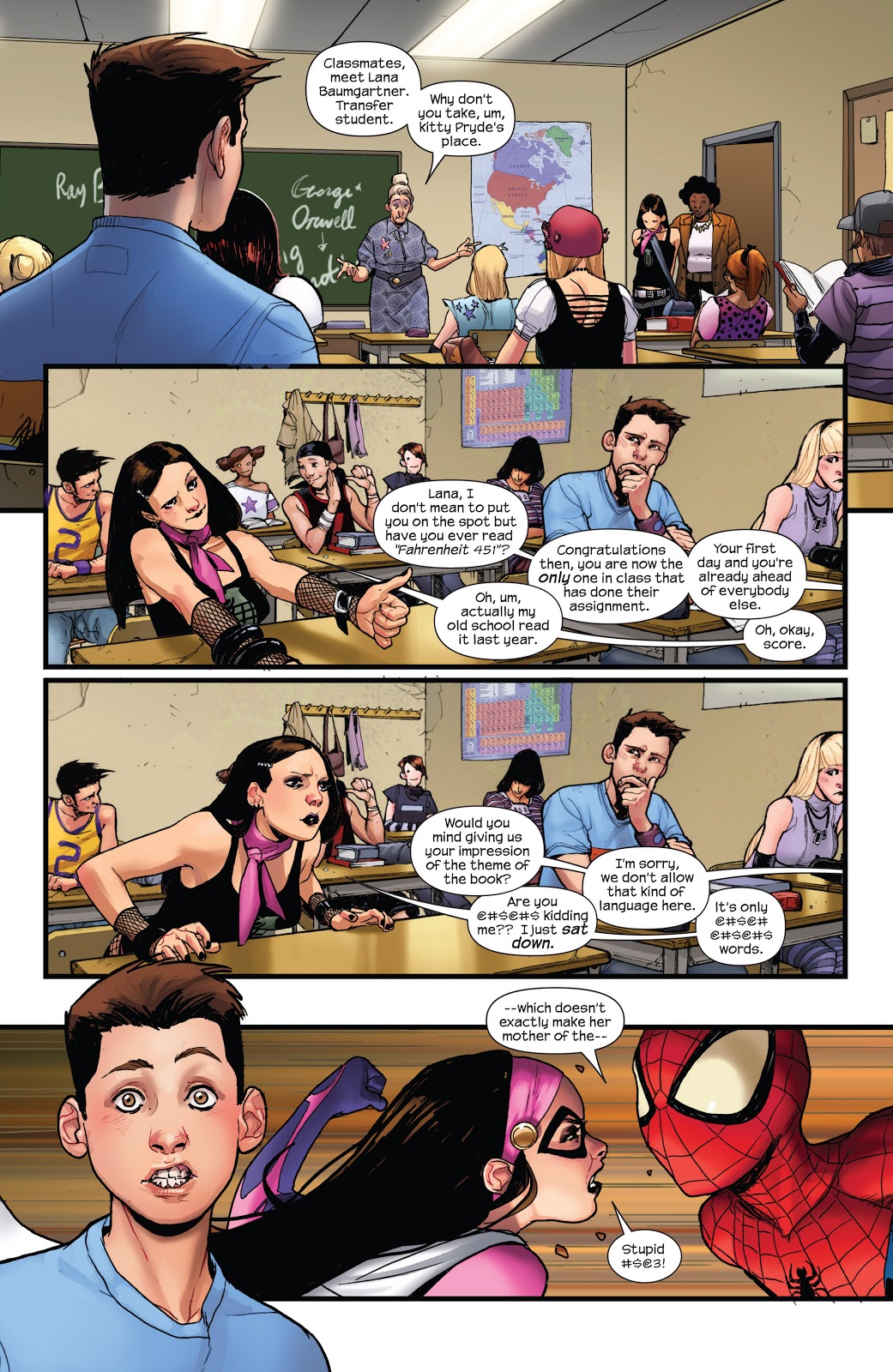 Does anyone else find the title Death of Spider-Man: Prelude a distasteful form of sensationalism?

The events of Chameleons left Peter Parker’s life a mess, and the consequences of that play out over an inventively told opening chapter during which the main players rummage over what happened. Just perhaps not enough with each other, which provides teen drama with great tension. For all the misgivings about his art on previous volumes, David Lafuente pulls this one off.

So many other artists are listed due to an extended chapter in which S.H.I.E.L.D. discusses with the Ultimates about what’;s considered the Spider-Man situation. Cue short stories about the individual heroes meeting him. It’s interesting seeing different artists deliver their take on Ultimate Spider-Man as so few have worked on the series. Skottie Young’s scratchy stylings on a Thor sequence are the most radical, but Sara Pichelli (sample art) and Chris Samnee both go on to draw full chapters very nicely.

The result of the discussions is that Spider-Man requires training, so there’s a fair amount of Iron Man on show. Brian Michael Bendis is good at delivering dialogue styled on the Robert Downey Jr. movie version, and plays him up nicely, except the consequence is Iceman and the Human Torch once again fading into the background. Their presence had a point last time, but here they’re makeweights. However, to compensate there’s the return of Mysterio and the Black Cat along with the revelation of how it was the Kingpin managed to control the underworld for so long, and a couple of surprises beyond.

Given the ominous foreshadowing of the title and the next volume being titled Death of Spider-Man, it’s pleasing to note the final story being delightfully sentimental. Everything goes wrong for Peter Parker, right? Well, not here. It’s awkward despite there being no supervillains, but Chris Samnee gets to draw what’s near enough a perfect day.

Forget the title and go with the flow, and this is another crowd-pleasing page-turner. 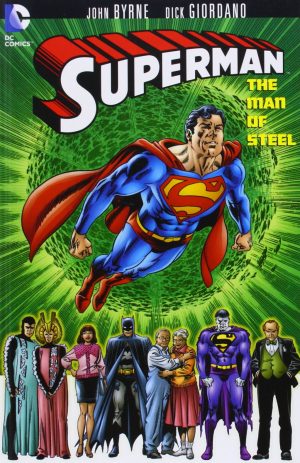 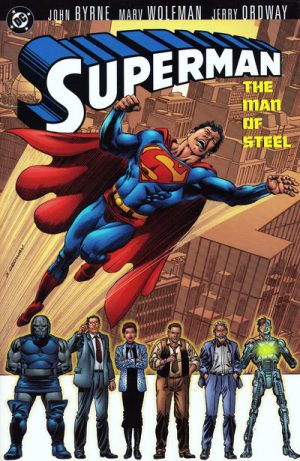 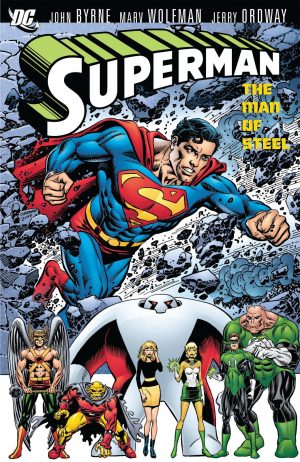 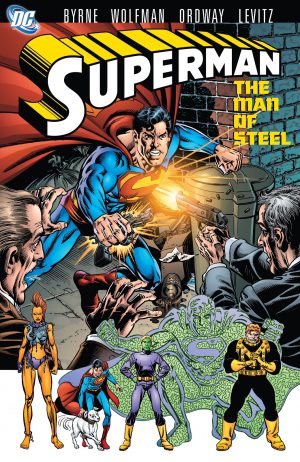