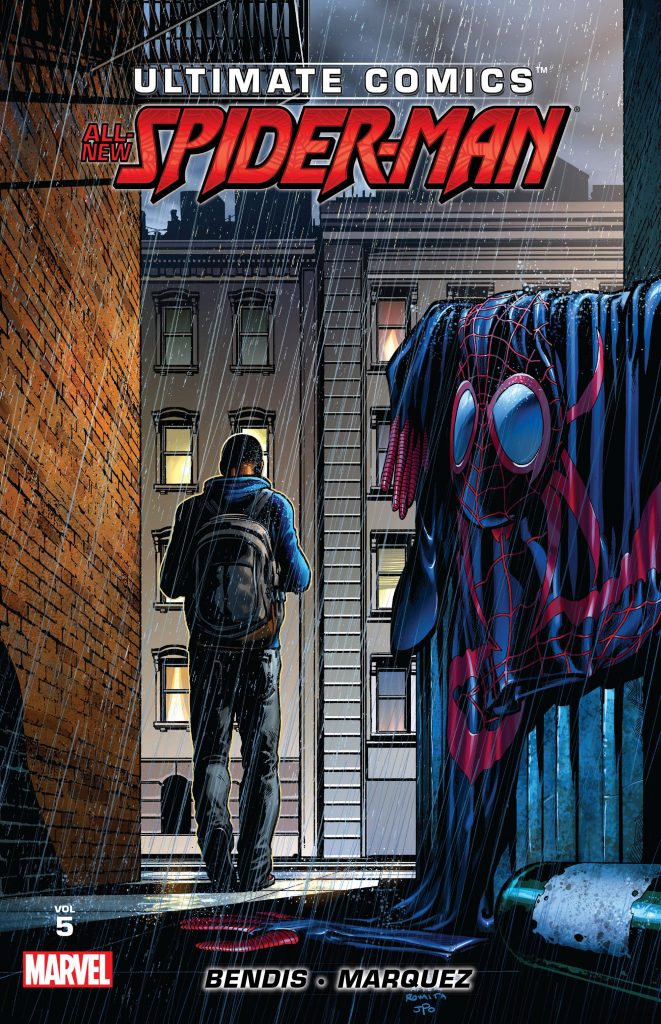 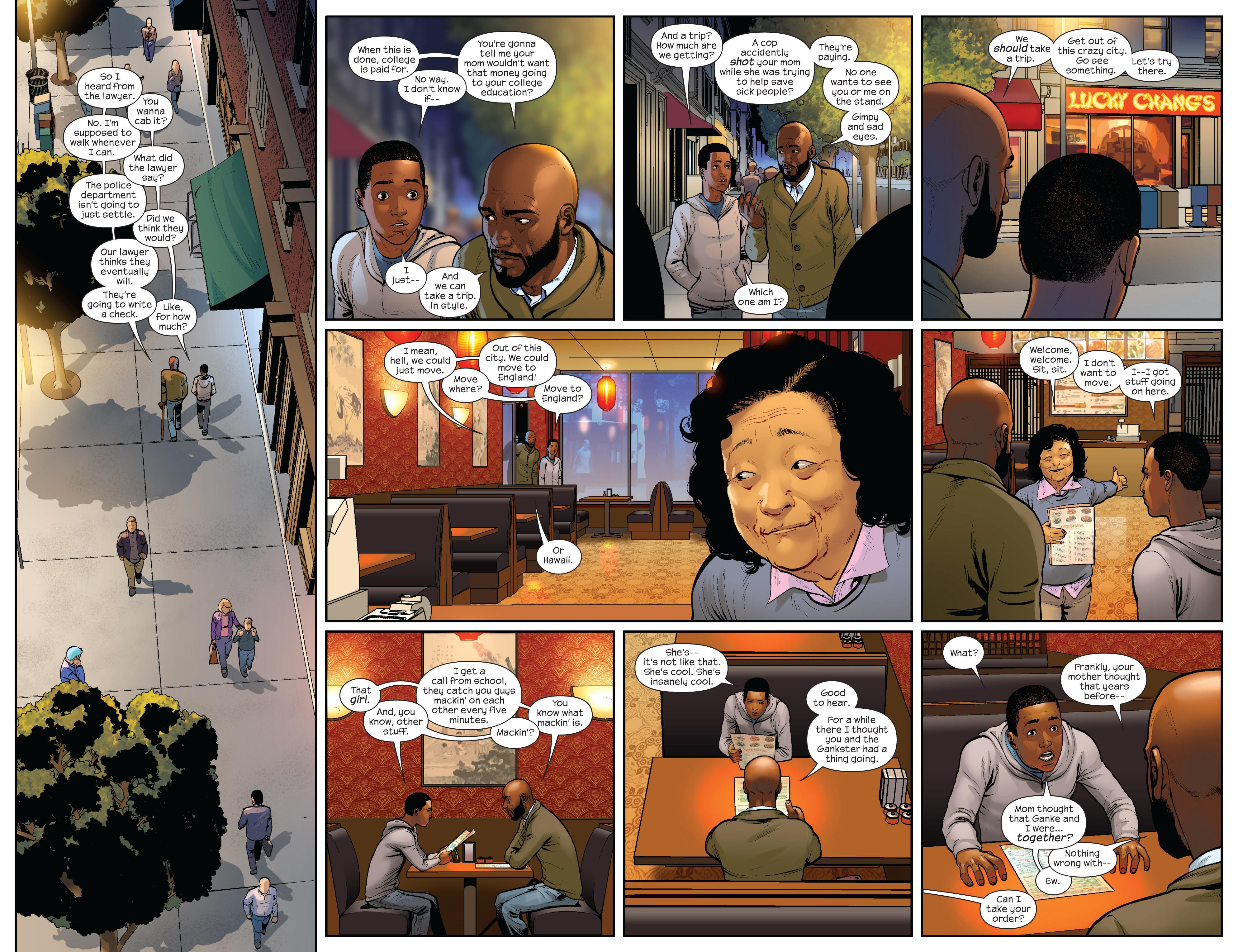 There’s a brave opening to this final collection of Miles Morales’ original run as Spider-Man, as it begins a year after the conclusion to volume four. That ended with Miles saying he’d quit being Spider-Man, but we departed with a couple of other items not definitively revealed, at least not in traditional superhero comic terms. Now they are. Miles has taken a long time to process things and still hasn’t come to terms with them. He might now be fourteen and have the girlfriend that’s been foreshadowed earlier, but he’s far from complete, so how to get him back into action as Spider-Man when pressure from his friends isn’t working?

Cloak and Dagger are introduced to this Ultimate Earth, their identities and abilities much the same as when they were first seen in the 1980s. The Brian Michael Bendis twist is that instead of their creation being down to random drugs injected by gangsters, it’s down to genetic experimentation, on the part of a number of people whose names regular Marvel readers will recognise. That’s just a teaser, something to be picked up either down the line or by other writers, because what eventually falls into place is that the purpose of this story is investigating the people financing those experiments. It’s a thread Bendis has run though since the opening pages of this series in volume one and it plays out magnificently, like so much of what he’s written for Miles Morales.

Having a top artist on board has helped greatly, and David Marquez is that person. The sample spread is a heart to heart necessary to drive events forward, but consider how many times you’ve seen similar scenes that have looked nowhere near as interesting because they’ve been drawn by a lazy artist switching back and forth between sketchy faces. If Marquez is this good on the establishing scenes, you must know he can be trusted with the action. 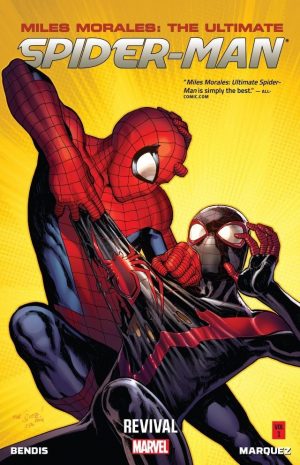 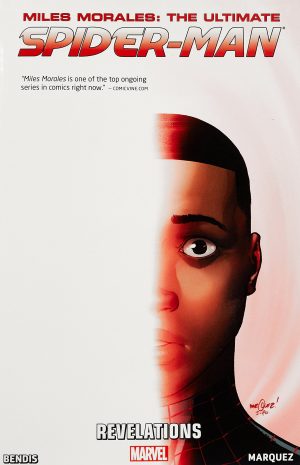