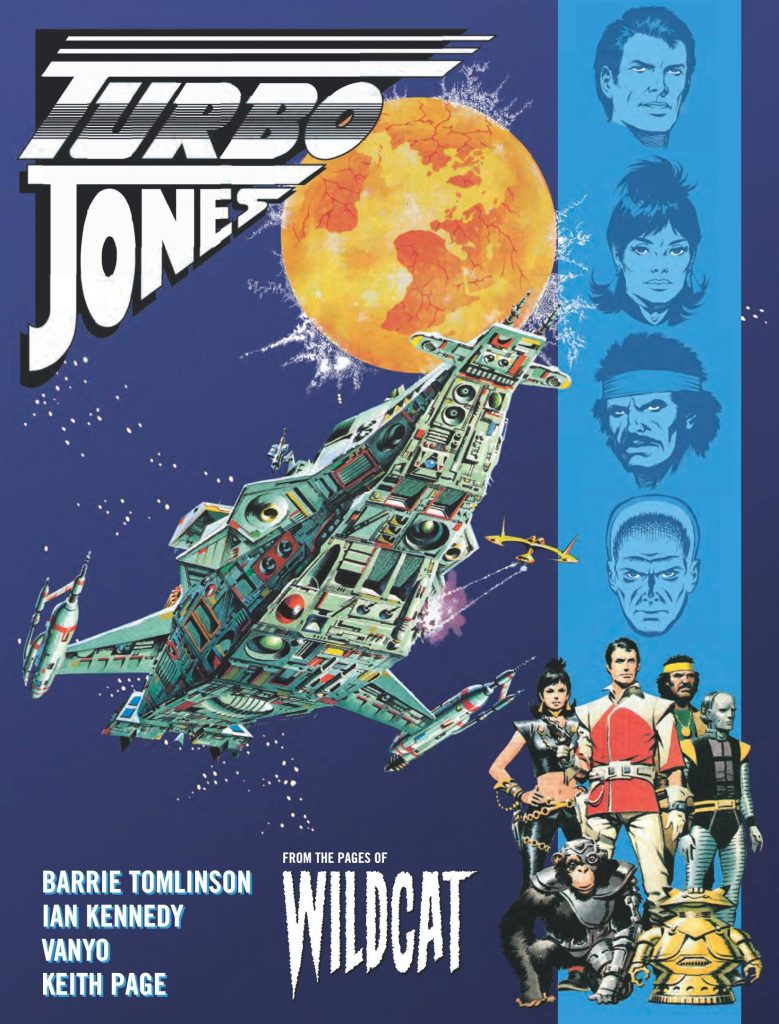 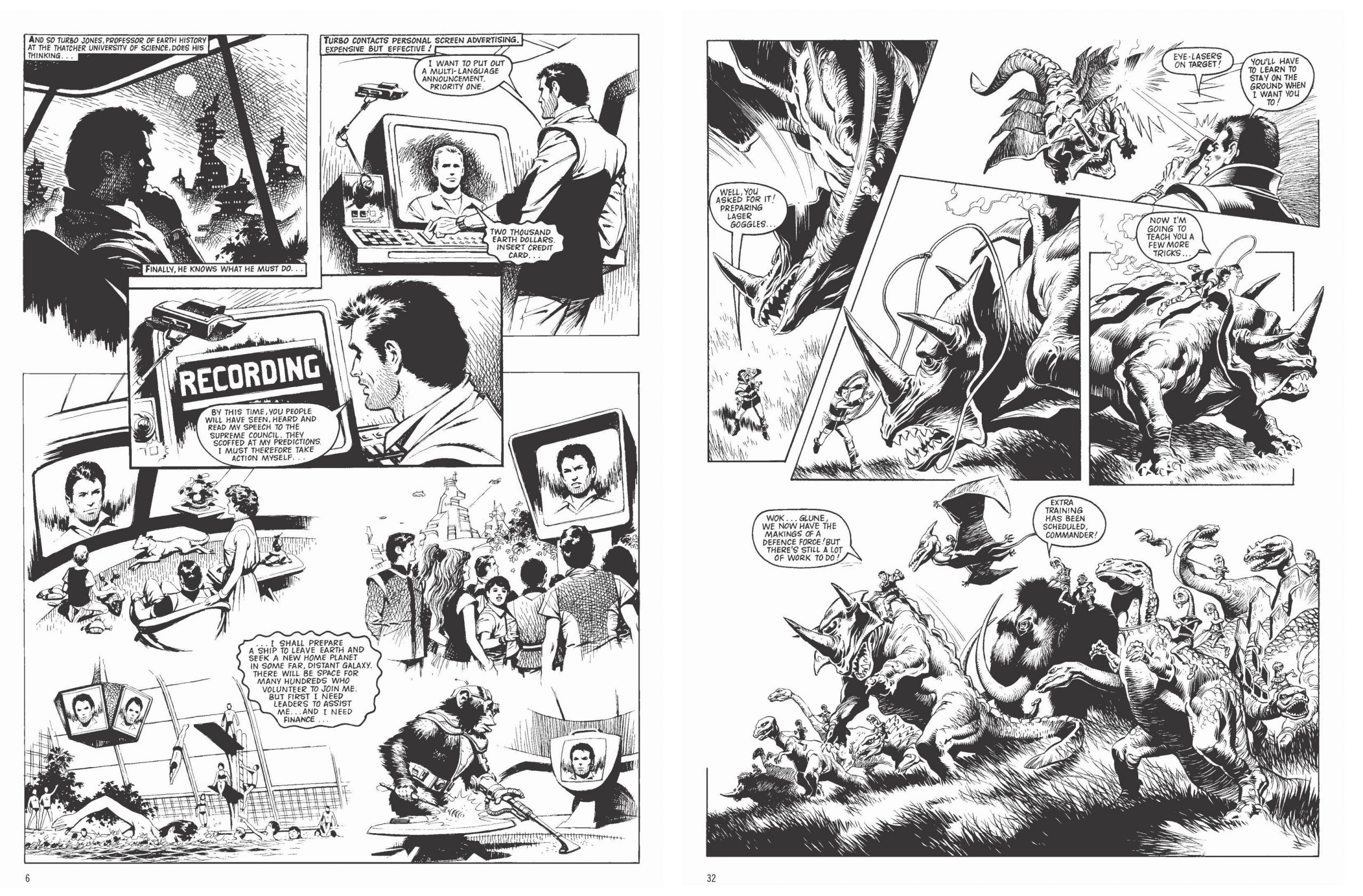 Research scientist Turbo Jones determines that a meteor shower heading toward Earth will destroy the planet, but in the manner of Superman’s father Jor-El, no-one in authority believes him. Dismissed as a crackpot, he collects a few people around him with the talent and money to finance an escape ark, the Wildcat.

Barrie Tomlinson’s late 1980s plot moves along at a rapid clip, the spacecraft seen leaving Earth on page 12, by which time Tomlinson’s established the premise, and introduced four unique supporting characters. This was all for a comic also called Wildcat, unique for the UK at the time in featuring a lead strip, reprinted in this collection, and separate connected stories about Loner, Kitten Magee and Joe Alien.

The originality is in the main cast, a genius level alien, a mysterious young woman and a mercenary warrior, who’re set on a mission to locate a planet suitable for humans, with five hundred prospective colonists accompanying them. However, although nominally the lead character, Turbo himself is dull, a throwback to the 1950s Dan Dare, and it’s his adventures that feature after the introductory story. The generic material is given a massive boost by the polished art of Ian Kennedy, a gifted storyteller always appreciated by editors, but never a great fan favourite, which is puzzling. His imagination supplies still interesting looking aliens, dragons, monsters and dinosaurs as Tomlinson’s scripts throw in the entire boys’ comic fantasy repertoire during a war between the different races on an alien planet. By the time we come to a selection of creepy skeletal robots with teeth and fleshy jaws, Spanish artist Vanyo is in place (sample right), and he’s equally expansive. Keith Page only draws the single story in a style similar to Kennedy, but not as polished.

When the action shifts to Robo, a chimp with robotic implants, there’s a more interesting hero, and that in turn lifts the entertainment, as he’s given a more prominent companion role even when Turbo himself returns to the limelight. It’s only toward the end of the main series that Tomlinson’s plots move beyond battles against the alien or monster of the week, and Vanyo supplies the necessary humanity to these.

Much of Turbo Jones was dated when published, but the art still holds up well as the main attraction. The plan was to publish companion collections featuring the separate adventures of the characters introduced in the opening sequence, but as yet they’ve not been issued.