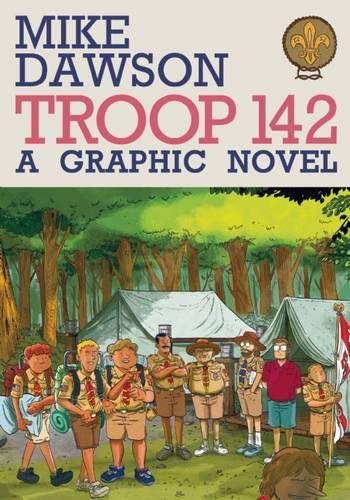 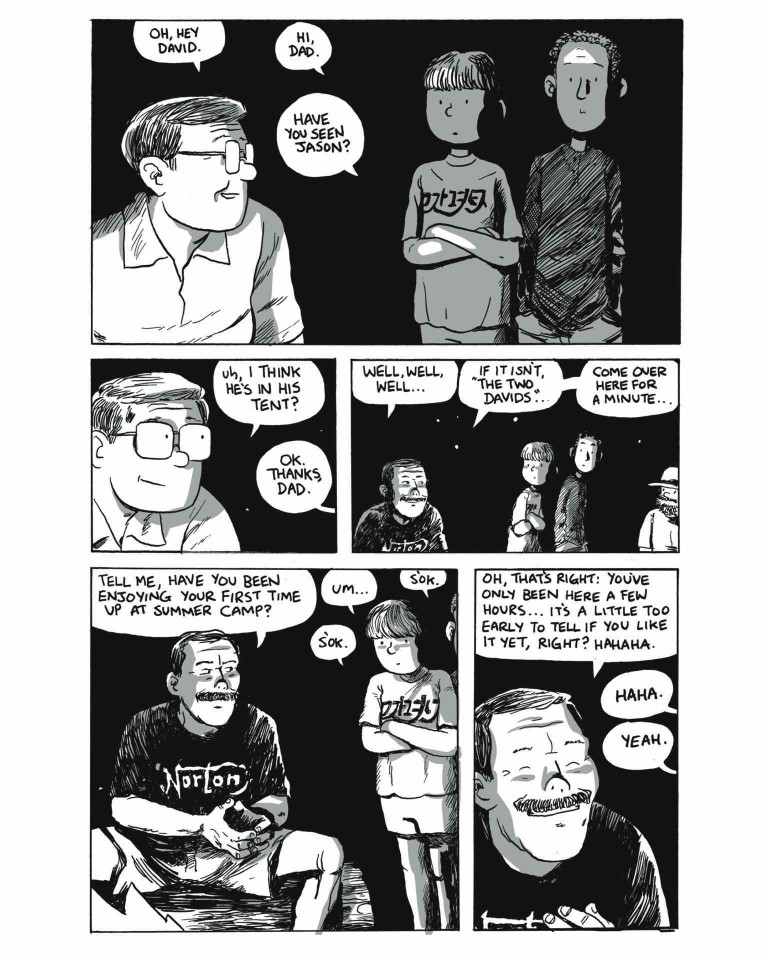 Anyone seeing a bunch of scouts on the cover and expecting a wholesome graphic novel imparting bonding and woodcraft will have quite the shock over the first dozen pages featuring swearing, bullying, a discussion on the best way to wipe after the toilet, and the promise of a later acid trip. Still, that’s because teenage boys will be teenage boys and scout camp can only remove someone so far from their environment, so there’s also a fair bit of adolescent talk about sex.

Mike Dawson starts the way he continues, capturing the awkwardness of adolescence in an all-male environment where the cocky kids may be equally ignorant and inexperienced, but have the confidence to convince the less wordly kids otherwise. While earning merit badges and expanding horizons might be the purpose of the camp, it’s not what the kids are concerned with, and the lesson of predator and prey is the one rammed home over a series of humiliations for some.

Everything is all the more surprising for Dawson having a charming style of cartooning. He’s not quite up to the standard of Jeff Smith, but has a similar way of using large areas of black ink to define the night. A large cast is needed to present a scout troop, so Dawson ensures the primary scouts are easily identified, and he covers the activities well.

There is promise to begin with, but Troop 142 falls into a repetitive cycle of bullying and humiliation. Dawson shares the indignities around, but while there are resolutions, he doesn’t build to any great climax, and that’s really needed. Other aspects are too easily forgotten, then revived after too long, an example being the first person narrative of a parent new to a post of supervisor. It begins the book well, establishing social differences, but thereafter has little purpose until the end, and the institutionalised morality mentioned on the back cover is just the cause of grumbling within. A comment about a gay scoutmaster should certainly have led to something more rather than being left hanging, unchallenged.

Moments are fun, but they’re not stitched together effectively enough. 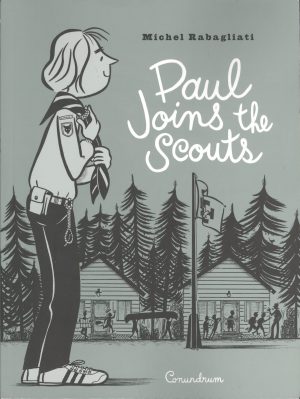 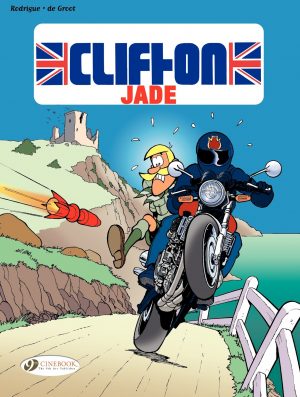 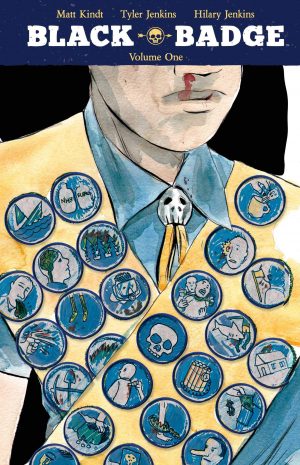