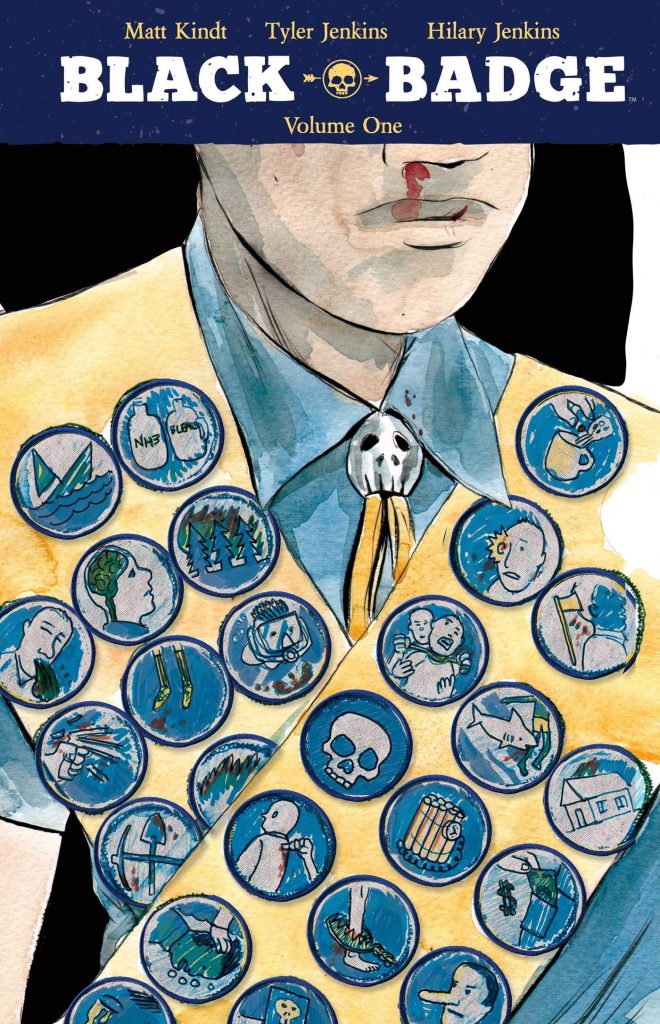 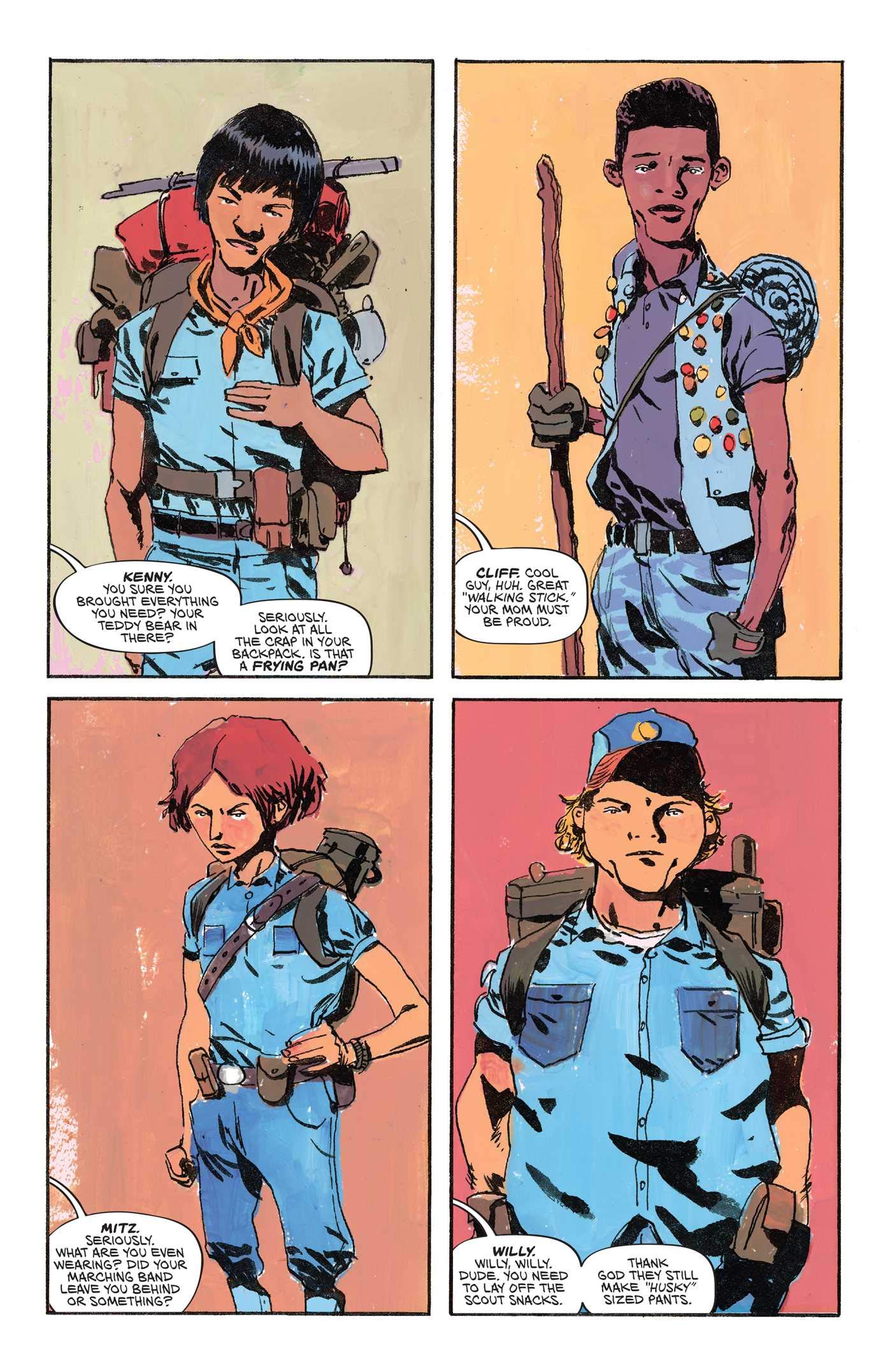 Matt Kindt has proved over the years that he’s an incredibly talented writer, able to induce shock and awe, and with Black Badge he proves the adage that there’s no such thing as a bad idea, just poor execution. That’s because on the face of it a troop of elite fourteen and fifteen year old boy scouts carrying out covert missions around the globe, in uniform as well, is a ridiculous proposition, yet within a few pages Kindt has convinced that’s not the case.

It reads like a nutty Hanna-Barbera cartoon given a twist to be taken seriously as three elite and experienced Black Badge scouts are introduced seen through the eyes of Willy, the newcomer to the team. He’s enthusiastic, but wide-eyed, and uncomfortable at the references to Jimmy, presumed dead, whom he’s replaced. The Black Badges operate under instruction, using military devices, and follow orders no matter the consequences, the idea being that no-one’s going to pay any attention to a group of kids in scout uniforms, while adults in the same places would arouse suspicion. Like much else about the series, the logic is shaky, but picking at it unravels the entire premise, and there’s no fun in that.

Kindt includes playful references to earlier series of his, one of which is Grass Kingdom, produced with the same art team of Tyler Jenkins and Hilary Jenkins. Tyler handles the drawing, which is character-rich and just fine, but it looks very different from the previous outing because Hilary is now working with gouache for the colours whereas before it was watercolours. It’s professionally handled, so a matter of individual preference, but some might feel the art is more suited to watercolour washes.

There are missions in North Korea, Siberia and Afghanistan, each more unlikely than the previous, as Kindt spotlights the individuals, with Willy showing a concern about what’s happening that his fellow Black Badges don’t share. The book ends on rather the cliffhanger, as it’s revealed there are other coloured badges within this covert scouting movement, and they each have their own speciality. It’s a smart broadening set to play out in Black Badge Volume 2. 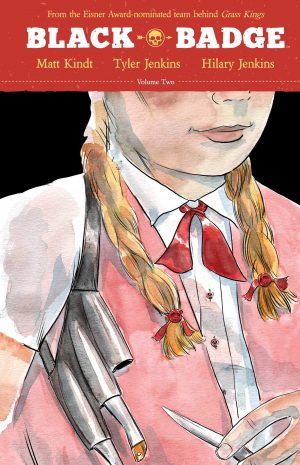 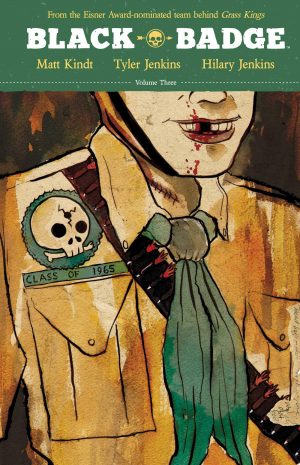 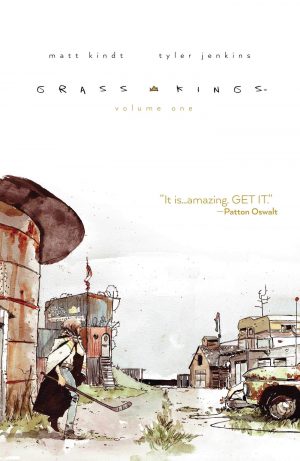 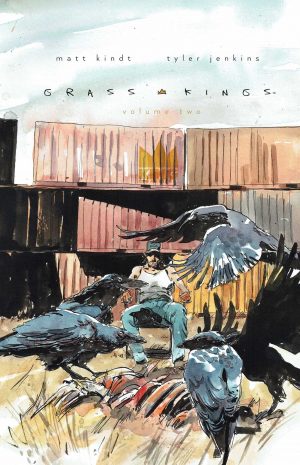